Jacksonville councilman calls for resignation of JEA's CEO; JEA fires back with response 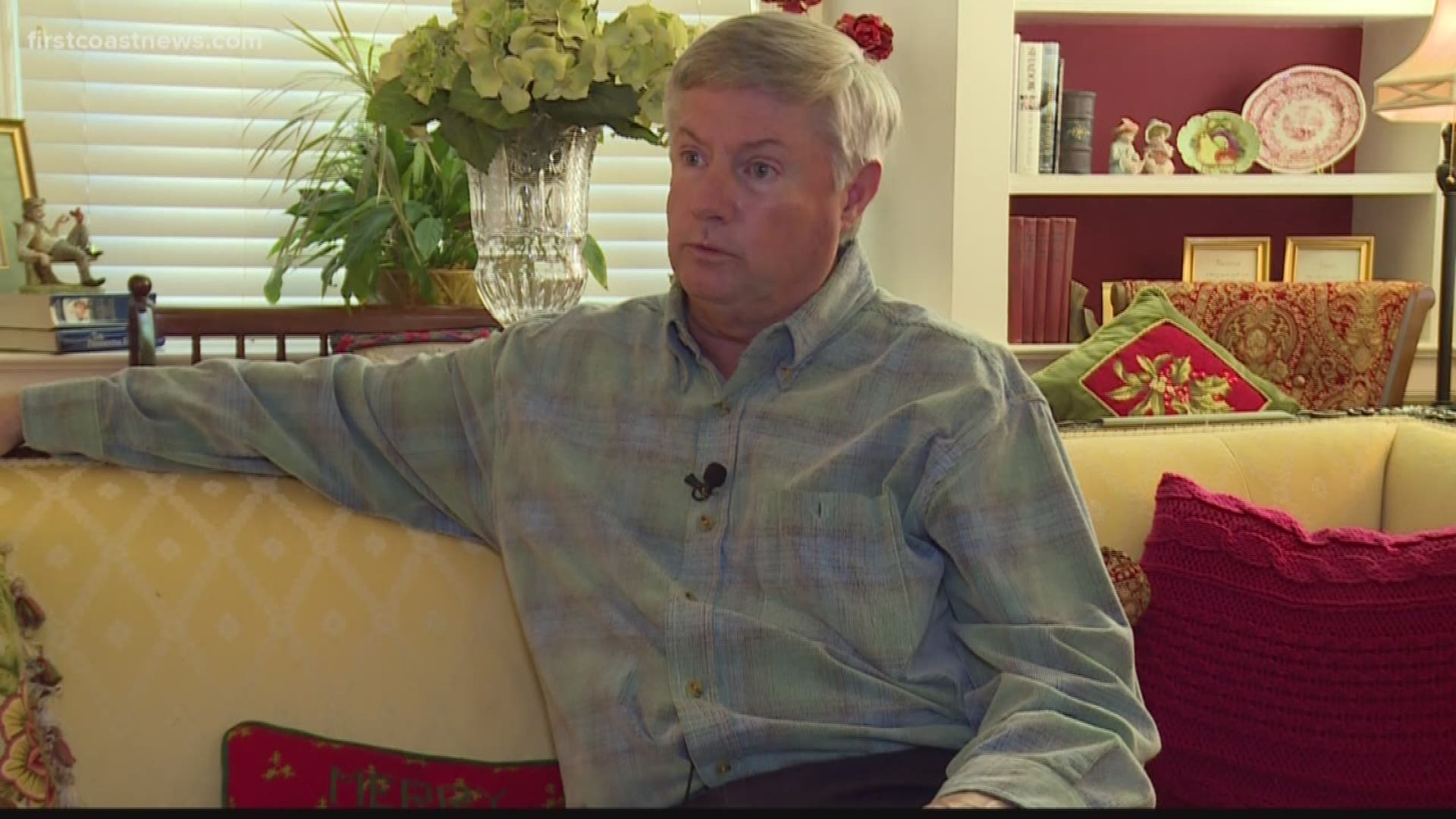 Councilman Matt Carlucci released a fiery, lengthy email Friday night in which he spoke about the shortcomings of JEA CEO Aaron Zahn and called for his resignation.

In his email, he urged JEA to "PULL THE PLUG! Find new leadership and move ahead! We have bigger issues ahead."

He sat down with First Coast News on Sunday to elaborate on his concerns for the city of Jacksonville.

"You know what, at this point, I’m trying to protect my hometown, that’s what I’m trying to do," Carlucci said. "That’s how strongly I feel about this. Nothing but the best for Jacksonville."

He insists it’s time for Zahn to step down, describing Zahn as unfit and unqualified for the high-level position.

"The transparency wasn’t there, mixed messages, he didn’t have full control of the steering wheel," he said. "I have just felt there was not a commitment toward anything but privatization. That will put a lot of people out of jobs. They say there are job guarantees, yeah, a three-year job guarantee, so when you’re 40 years old, that means when you’re 43 you’re looking for another job."

He says this isn’t a political move; it’s out of concern.

He says he started thinking about this two weeks ago. The final straw that led him to send out the email Friday night had to do with a bonus program that was ultimately squashed by the city auditor. Carlucci says the bonus program would have allowed people to buy units in the company, and if the company grew they made money, but it did not pour any money back into the utility.

He says JEA is spreading its message through mailers, which he has personally received along with his bills. In the pamphlets, JEA describes its reasons for exploring privatization and discusses their "challenges."

Carlucci says selling JEA would be the biggest mistake ever made for Jacksonville and that once it's gone, it's gone forever.

"This is my hometown and I am going to protect it as long as I am a city council member," he said.

On Sunday, First Coast News reached out to every Jacksonville City Council member to gauge their response to Carlucci's call for Zahn's resignation. By Sunday night, council member Michael Boylan was the only person to respond.

"I believe that the call for the resignation of Mr. Zahn by CM Carlucci, while politically and socially expedient, is both premature and a distraction for what is really important in all of this…understanding what is the appropriate path for JEA in securing its future success which is what we are trying to do in the fact-finding workshops the Council is conducting."

Carlucci says he may host a meeting this week to gauge the opinions of his colleagues on the matter.

Neither Chairwoman April Green nor CEO Aaron Zahn were available for an interview or further comment on Sunday, but Green released the following statement in response to Carlucci's email:

“When JEA’s board appointed Aaron Zahn as our managing director and CEO, we placed our full faith and support in his ability to organize a strong senior leadership team to take JEA through a 10-year strategic planning process. Today I was surprised to hear about Councilman Carlucci’s demand for Mr. Zahn’s resignation. As appointed and elected officials we have the duty and responsibility to work collaboratively on the most pressing and complicated issues facing our City. We simply cannot do things the way we have always done them. We have to address the future with open eyes, ears and hearts. JEA’s board has been conducting a very public strategic planning process regarding the future of JEA. I am pleased the City Council has joined JEA’s strategic planning dialogue via Councilman Boylan’s professionally stewarded workshops. It is our responsibility to work together on the issues facing JEA. While the discussions are uncomfortable, they are necessary and require all participants to be open to and thoughtful in our dialogue. Our Consolidated form of government requires it and our customers deserve it.”

The full text of Jacksonville City councilman Matt Carlucci's email can be found below:

It is my opinion; it is time for the JEA Board to call for the resignation of CEO Aaron Zahn.  This hard for me to say because I always want to give people second and even third chances. However, as one of 19 Jacksonville City council members, it is my personal opinion it is time to call for Aaron Zahn’s resignation. I have met with Aaron Zahn and have tried to understand where he’s coming from. I tried to feel his pain so to speak because as a business owner I have felt headwinds in my industry as well.

Nevertheless, I have come to the firm conclusion he needs to find a new place for his skill sets, the CEO of the JEA IS NOT THE PLACE. The JEA Board needs a new CEO who is well steeped with integrity and experienced in the operation of municipal utilities. The “headwinds” in the municipal utility industry may be stiff but they can be overcome. I have had conversations with the CEO of another municipal utility in Florida, who believes this to be true. I agree with this view based on how many private utility companies have lined up to purchase the JEA.  This entire “conversation of selling the JEA has lost credibility, fatigued our citizens and stalled our city’s progress on many other important issues. At a time when the trend countrywide is to keep or acquire municipal utilities. Aaron Zahn’s advice is wrong and his leadership misguided.

This drama needs to come to an end. The JEA board must hire a can-do CEO, not a give up and sell it off CEO.

I am a four-term Councilman and have seen a lot.  I do not claim to know it all, but I have seen more than enough to know this is an issue lost credibility with the citizens of Jacksonville. It is beyond repair. It’s time to PULL THE PLUG! Find new leadership and move ahead!

JEA has been negotiating with companies for a possible sale of the major utility group for months.

These negotiations have been the cause of controversy among the city due to the tight-lipped nature of the conversations.

Some estimates say the sale of JEA could bring in $6 billion to $7 billion.

Throughout these negotiations, Carlucci has been in strong opposition to the sale of the utility company.

RELATED: Here is the list of companies picked for negotiations to buy JEA