JEA’s own studies conflict with a JEA brochure sent to customers warning them they face a rate increase “as high” as 52 percent. 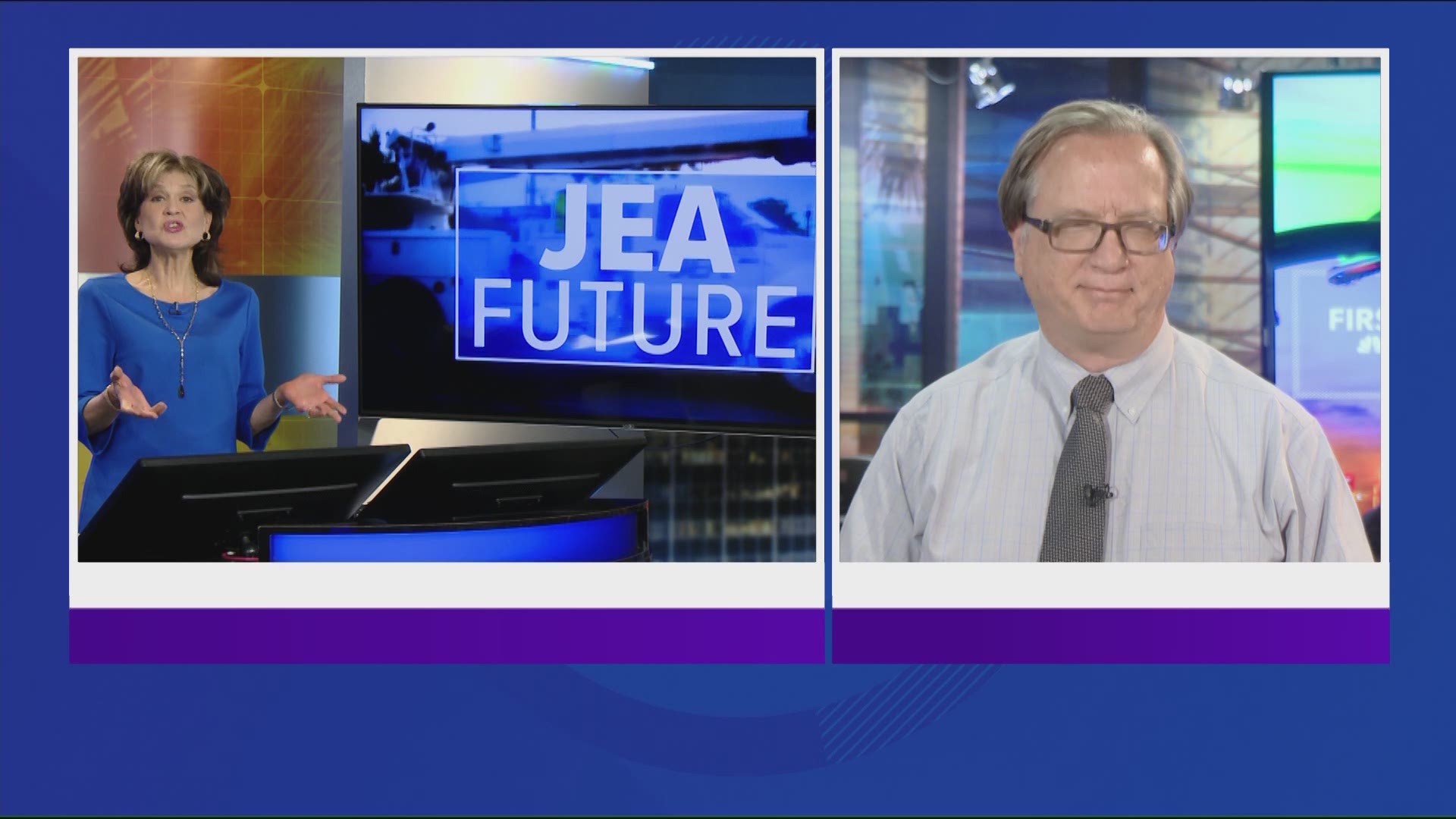 JACKSONVILLE, Fla. — JEA customers opening the mail for their November bills found a stark warning that they face a future rate increase “as high” as 52 percent combined with worse service caused by “deep cuts” to JEA’s workforce and reduced spending on the utility’s system.

But JEA’s own studies don’t have any scenario that would result in a 52 percent increase in rates along with deep cuts to the number of JEA workers and to spending on the utility’s operation and maintenance.

JEA says its bill insert, titled “The facts about what’s next for JEA,” is correct because it shows the different impacts from various scenarios that “could happen” in the future.

Critics say JEA cherry-picked the worst parts of different scenarios to stoke fear in ratepayers and make them receptive to privatizing the utility, including a possible sale of all or part of JEA.

“It’s just a bunch of propaganda,” said Valerie Gutierrez, business manager for the IBEW union local that presents several hundred JEA employees. “To me, it’s more scare tactics than anything.”

“They’re parading the horribles in people’s JEA bills, and that’s not a professional way to approach the subject,” Carlucci said.

The JEA board decided in July to explore privatization after conducting a strategic alternative study that examined future scenarios for the utility.

“If JEA is unable to change,” the utility says in the mailer sent this month to customers, “rate increases as high as 52 percent would be needed as well as deep cuts in staff and expenses — which would result in fewer technology and infrastructure improvements, slower customer service, and a decrease in the value of JEA over time.”

JEA’s study does have a scenario for base electric rates to rise by 52 percent and water rates to increase by 15 percent through 2030. But if rates went up that much, JEA’s 2,191-employee workforce would still have 2,191 employees in 2030, according to the study.

As for maintenance and operations spending, JEA would be spending substantially more, not less, if it boosted rates by 52 percent. The report shows that type of spending would increase by 87 percent by 2030.

JEA’s base electric rate would be 26 percent higher by 2030. Water rates would decline by almost 1 percent.

JEA has told bond-rating agencies that if the utility is not privatized, JEA would pursue the second scenario.

But in the mailer, JEA uses the 52 percent figure for how high rates could go, drawing that figure from the first scenario, while also telling customers they face deep cuts in JEA’s workforce and expenses, which comes from the second scenario.

In a statement, JEA said its presentations about the future “have included multiple ways to address our future issues through multiple scenarios” such as raising rates, cutting expenses, reducing the annual contribution to the city’s budget, reducing money spent on construction projects, and “combinations of all of these.”

JEA said the insert mailed to customers “takes pieces of data from many of the presentations/scenarios and places them on one page” while referring customers to the WhatsNextJax.com site for more information.

The insert does not provide information about future rate increases for water, which are substantially less than the outlook for electric rates. JEA sought offers to privatize both electric and water-sewer operations.

The insert’s reference to rate increases “as high” as 52 percent is about the base electric rate, which is the largest portion of an electric bill but not the entire bill that customers pay.

The brochure says JEA could change for the better by privatizing and also provide benefits to customers by giving them rebates of $350 to $1,400.

The rebates would be $350 per customer account, so a customer with electric, water, sewer and irrigation would get a one-time $1,400 rebate if a privatization deal went all the way to completion.

JEA also mailed inserts with customers’ bills last month containing a message from board Chairwoman April Green about rate increases “as high as 52 percent” by 2030.

JEA has used television, social media and billboard advertising to deliver it a message about exploring privatization.

St. John & Partners, an agency that has a multi-year contract with JEA for “public education services,” submitted about $192,000 in invoices to JEA from July through September for work on JEA’ s “path to a promising future” campaign.

JEA CEO Aaron Zahn has said that as a community-owned utility, JEA needs to get information to its customers “so everyone can understand what’s going on at JEA.”