Despite St. Johns County District's purchase of shields to be used on desks of middle and high schoolers, doctors say students and staff will be at risk. 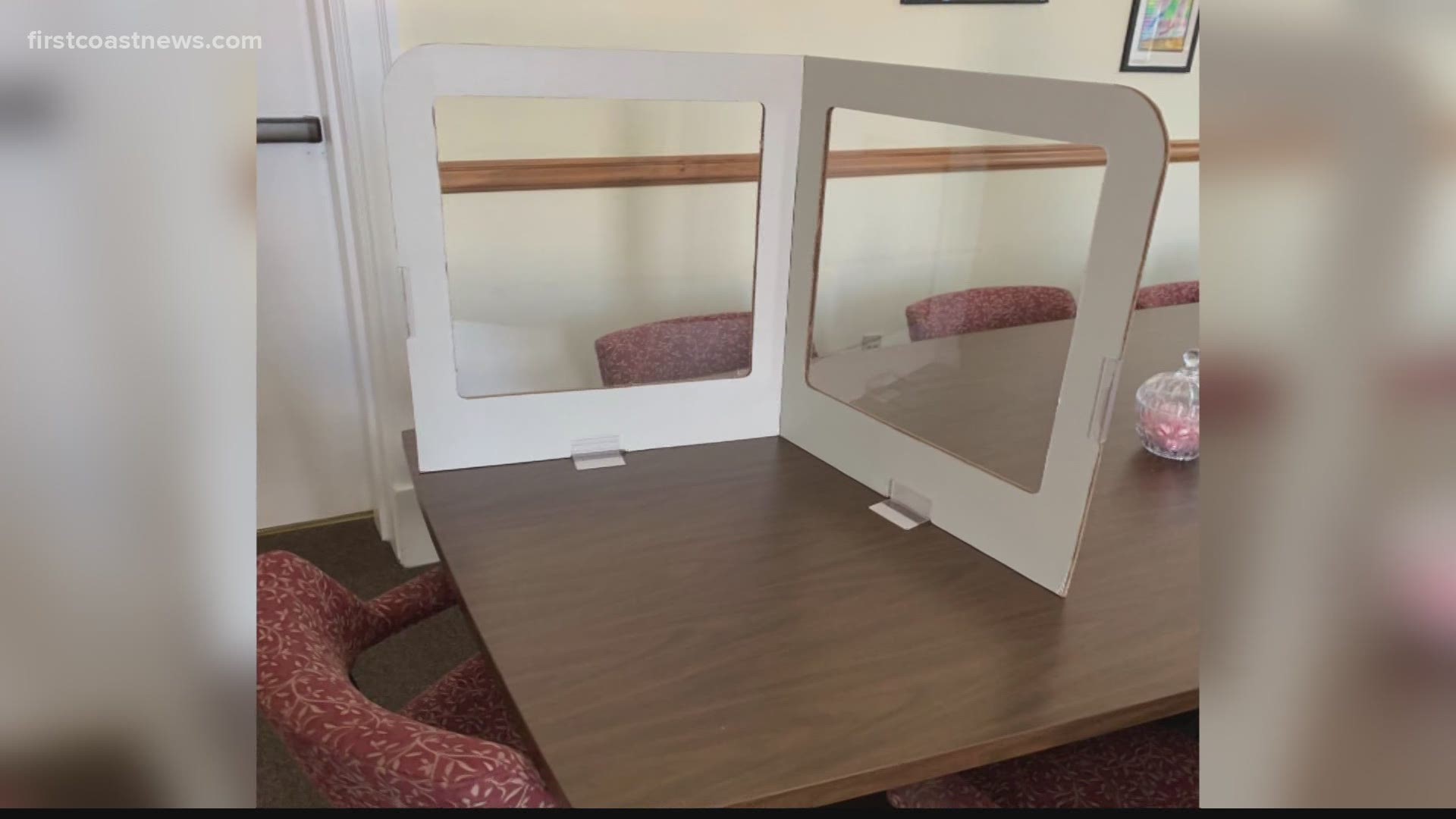 ST. JOHNS COUNTY, Fla. — The St. Johns County School District announced Tuesday that it ordered about 32,000 plastic shields to be placed on the desks of middle school and high school students. The announcement came the same day the board opted to start school August 31, a three-week delay.

“Air is still circulating all over the room, so that kind of seems pointless to me,” said one parent who also bristled at the estimated cost of $1.6 million.

The board said the cost could qualify for FEMA reimbursement that would reduce it to about $200,000. But at any cost, parents also voiced concern about whether the shields - each panel measuring two feet by two feet - would be effective in keeping their children safe from the spread of coronavirus.

“They’re going to need to be cleaned between classes, with students changing classes,” another parent said. The District confirmed to First Coast News that the existing plan is to keep each barrier assigned to a particular desk, not to an individual student.

“This is just one more thing that we’re going to add on to our teachers’ duties,” Dr. Adriana Cantville, a pediatrician, surmised during an interview Tuesday afternoon. Cantville didn’t just question whether the barriers would be effective, she insisted that they won’t be.

“Are these enough to ensure that our kids are going to be safe in school? No,” she said.

That assertion was echoed by infectious disease specialist Dr. Mohammed Reza, who last week wrote a letter to Gov. Ron DeSantis’ office pleading that he delay the start of the new school year in Florida.

“Given the community spread, this virus is so infectious that those partitions are not going to keep this virus away from children,” Reza said.

Both doctors mentioned recent discoveries that children older than ten years are apt to spread coronavirus at a rate similar to adults, faster than younger children.

“Right now we are having infections at a positivity rate … of around 17 to 18 percent. We need that to be below five percent,” Cantville said, in order to safely open school campuses to on-site classes.

“That third just kind of goes out the door when you have children, teachers, maintenance people, bus drivers come together,” he said.

Cantville went on to predict that opening schools too soon will lead to an inconsistent year for students.

“The disruption of starting and stopping schools multiple times is going to cause because undoubtedly we can open up schools and we will see infections," Cantville said. "And schools will have to shut down.”

RELATED: LIST 🏫 What we know about these First Coast counties' plans for back-to-school