Property owners aiming to change zoning to get approval for hotel, shops, and marina project in St. Augustine 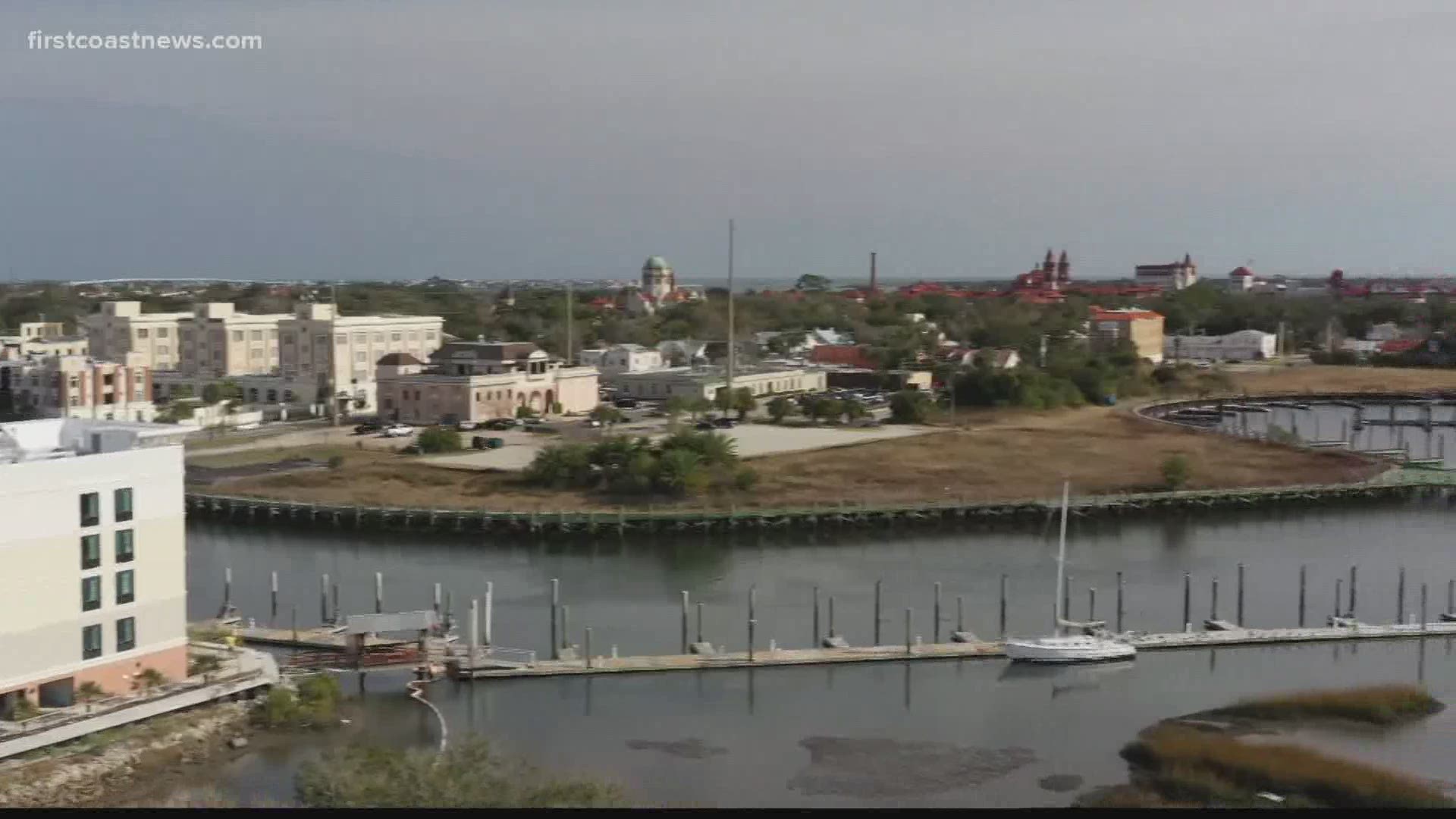 ST. AUGUSTINE, Fla. — There are yet more changes to a proposed development that could have a big impact on the City of St. Augustine.

After getting pushback on its latest plan, the people who want to develop the Sebastian Inland Harbor Project are tying a new approach to getting it approved.

The proposed Sebastian Inland Harbor project would sit on King Street, just east of US 1. It's a very busy area and one of the main ways in and out of downtown St. Augustine.

For years, various developers have eyed the 13-acre property along the Sebastian River, but it's currently vacant. Even the boat slips are empty.

The latest proposal, which includes a hotel, apartments, shops, and a marina, is being met with opposition from people who live nearby. They are concerned the project would increase traffic, noise, and parking issues.

Now, the owners have a new proposal. They want to change the property's zoning from a Planned Unit Development (P.U.D.) to the parcels' previous zoning category, “Residential General Office."

According to the city’s Planning and Building Director David Birchim, this zoning change would give the city less oversight. The owner would still get to build a hotel, but the city would have less say about what it looks like.

Birchim said the categorization would also require the buildings' heights to be lower: 50 feet high instead of the currently proposed 65 feet.

The owners would also have to supply 100% of the parking, according to Birchim. That parking might end up being all could be private, not public.

It would essentially mean less building and more parking, which is what the neighbors have wanted.