'It still hurts:' Remembering the disappearance of 5-year-old Taylor Williams one year later

Mother Brianna Williams is in jail connected to, but not directly charged, in her daughter's death. 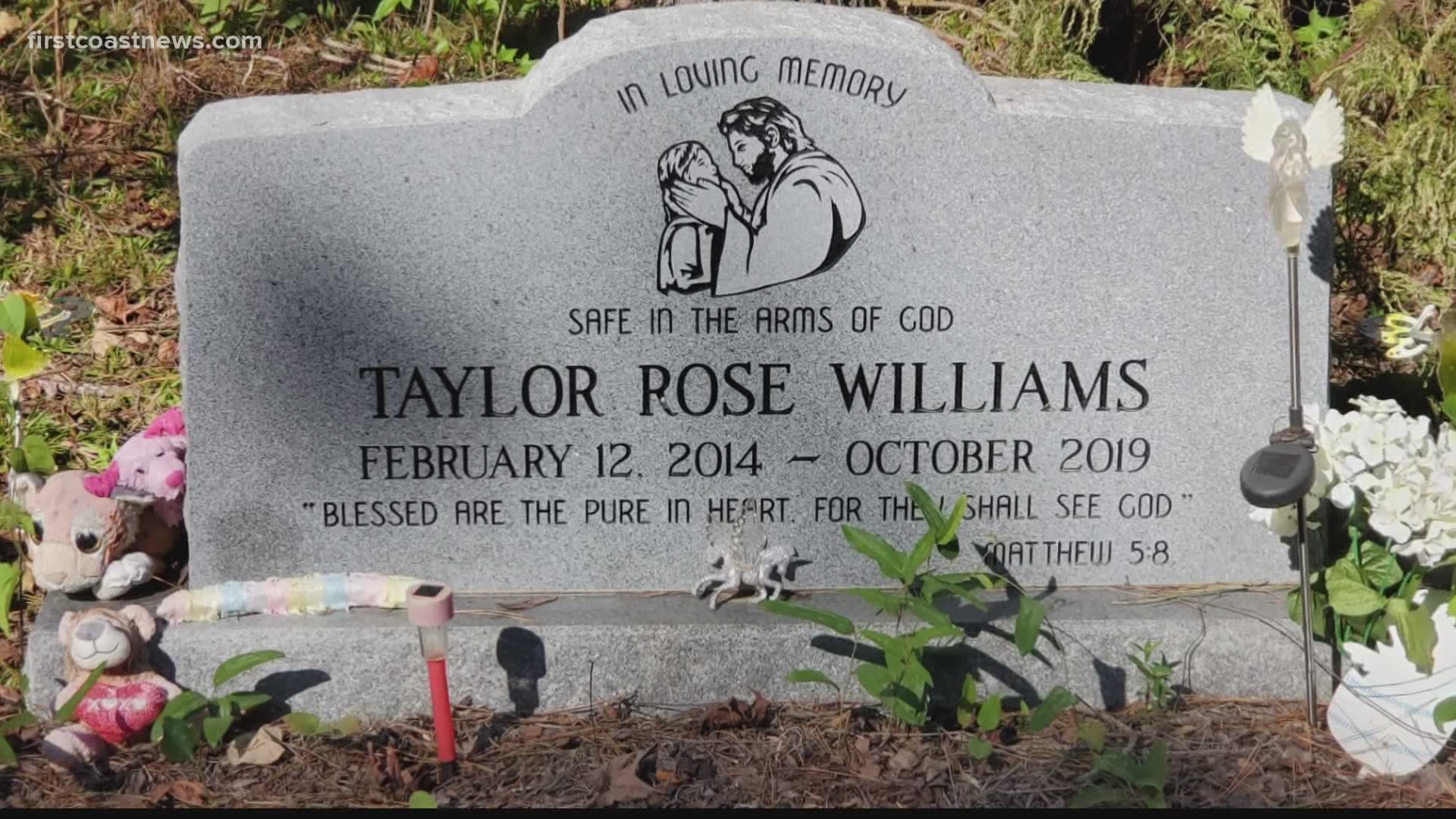 Before Williams became a suspect in her daughter's disappearance, she was a lot of things including homecoming queen, valedictorian, Navy Petty Officer and eventually, a frantic-sounding mother.

In a 911 call on the morning of her daughter's disappearance, Williams told dispatch, "I don't know where my daughter is." She then starts to cry.

Williams told detectives the girl was gone when she woke up. It was a story detectives almost immediately doubted. In a recording of detectives questioning Williams the day she reported Taylor missing, they said they found holes in her story.

"We called your mom," the detective said to Williams. "She said she hasn't seen [Taylor] since January."

"Ok, then why would she say that," the detective responded.

Soon after, she stopped cooperating with police.

"She has not spoken to us since Wednesday and she was the last person to see Taylor," Jacksonville Sheriff Mike Williams said at the time.

On the seventh day of the search, human remains were found in a wooded area between Demopolis and Linden, Alabama. The remains were later identified as Taylor's.

That same day, Williams attempted suicide. She was eventually moved from the hospital to the jail and charged with five felonies, including aggravated child abuse for the alleged willful torture, or unlawful caging of a child. Those charges are based on evidence found at their Southside apartment, including feces and urine in closets, soiled children's underwear and soup cans with holes in the lids, possibly for the child to eat out of, according to police.

Williams has pleaded not guilty. Requests for an interview with Williams were declined. Her case has stalled, the pretrial pushed several times, for both sides to review the expansive discovery.

The Public Defender's Office, the State Attorney's Office and Baughman said this isn't abnormal, especially during COVID-19. As Baughman noted, she has never been charged with murder.

"She has already been formally charged with other charges, so there's no real rush to do this. If you're going to do it, from the State's perspective you want to do it right," he said.

Taylor's autopsy, while listed in discovery, hasn't been publicly released. The State said it's still reviewing it. Baughman said you need the cause and manner of death to determine charges directly related to Taylor's death.

"The autopsy may not totally reveal that. That's what the state is dealing with in charging her," he said.

Credit: Jackie Pruitt
A memorial marker was placed at the location where the remains of Taylor Williams, 5, was found in Alabama.

With no trial date set, Williams remains in jail. The site where her daughter's remains were found is now marked with a headstone and a memorial, just down the road from Linden High School where a decade ago, Williams graduated at the top of her class.

First Coast News reached out to family members, friends, Taylor's father and neighbors, some of who we interviewed last year. All declined to comment, except Brianna Williams' father who said about Taylor one year later, "it still hurts. We're just sorry that she's gone."

Williams' next court date is set for Nov. 17.