Despite scoring on their first drive, the Jaguars struggled offensively, gaining only 189 yards of total offense. 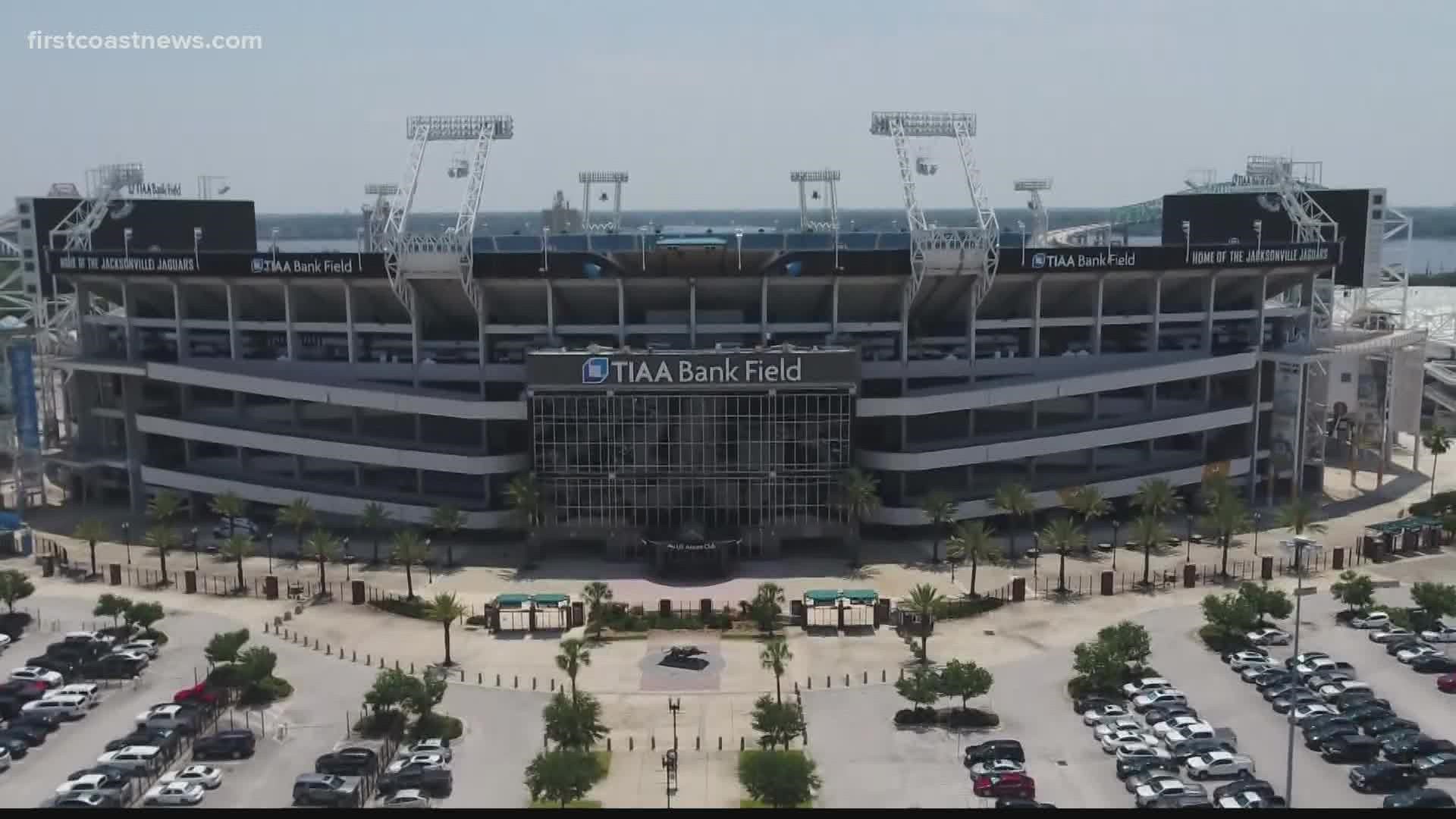 JACKSONVILLE, Fla. — *This story will no longer be updated.

The Denver Broncos lead the Jacksonville Jaguars 20-7 in the fourth quarter at TIAA Bank Field in downtown Jacksonville.

Q4 5:26 Jacksonville's Jamal Agnew scores a touchdown on a 102-yard kick return. The two-point conversion was no good. Jaguars are still down 23-13 to Denver.

Q4 5:42 Denver kicker Brandon McManus makes third field goal of the game to give the Broncos a 23-7 lead.

Q3 10:30 Jaguars go three-and-out for the third time in the game. Logan Cooke punts 52 yards, which is downed at the Denver 19.

Q2 0:19 Jacksonville's Josh Lambo misses a 48-yard field goal late in the second quarter, his second miss of the game.

Q2 7:25 Jaguars hold Denver to a second-straight three-and-out. Martin punts 45-yards, which is returned by Jamal Agnew to the 14-yard-line.

Q2 14:43: Jaguars' second drive ends with a three-and-out. Logan Cooke makes the first punt of the game, which goes for 44-yards and is fair caught by Denver.

For the first time since 2019, fans are expected to pack TIAA Bank Field to watch a Jacksonville Jaguars regular-season home game.

Urban Meyer and Trevor Lawrence will look to score their first NFL victory against the Denver Broncos.

Though Jacksonville lost its opening game last week against Houston with plenty of mistake-filled football, there were nevertheless glimpses of what-could-be. Nowhere was that more apparent than with quarterback Trevor Lawrence.

RELATED: Jaguars rocked by the Texans 37-21 in Lawrence, Meyer's debut

In his first NFL start, Lawrence showed both why he was the top pick in the NFL Draft and the struggles of a rookie quarterback. Lawrence threw for 332 yards, enough to be ranked in the top 10 in passing yards, and three touchdowns. Yet, he only completed 55% of his passes and threw three interceptions. But the blame extends far beyond Lawrence.

The Jaguars committed 10 penalties, costing them 82 yards, missed a field goal and had only half the rushing yards as the Texans.

Now, with the Opening Day nerves behind them and a week to work on fundamentals, the Jaguars will take on the Denver Broncos, coming off a victory against the New York Giants.

RELATED: Your complete guide to attending Jacksonville Jaguar games in 2021

The Broncos defense held New York to only 13 points and 327 yards, including 60 yards on the ground. Denver also held Giants quarterback Daniel Jones to under 60% in completion percentage.

The Broncos are favored by six points over the Jaguars, with the over/under set at 45 as of 8 a.m. Sunday morning, according to Vegas Insider.

The Jacksonville Jaguars and Denver Broncos will kick off at 1 p.m. on CBS.