Report: President Trump setting up 'surge testing' for COVID-19 in Jacksonville ahead of RNC

ABC reports the sites will be established in order to create "a kind of turbo-charged testing effort" that would expose how widespread the virus is. 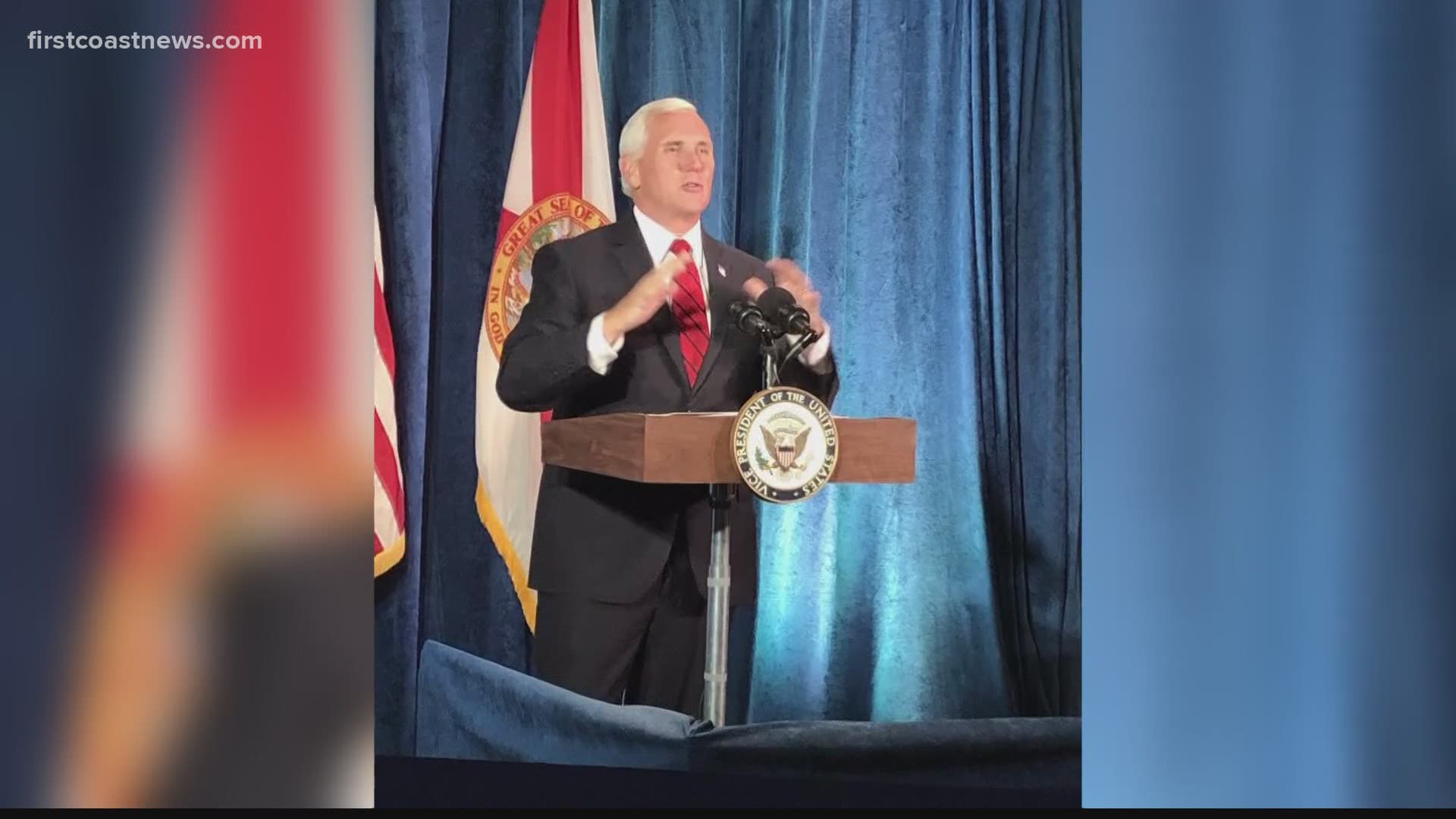 JACKSONVILLE, Fla. — The city of Jacksonville will be one of three cities across the country where The Trump administration will set up free 'surge testing' as the Republican National Convention looms in the weeks ahead, according to ABC News.

ABC reports the sites will be established in order to create "a kind of turbo-charged testing effort" that would expose how widespread the virus is in each community.

The announcement of the surge testing sites comes as the number of COVID-19 cases in Duval County climbs and questions surrounding what the Republican National Convention will look like in August continue to grow.

RELATED: Jacksonville mayor has no plans to reverse re-opening mandates despite rise in COVID-19 cases

Despite concerns from doctors raised in a letter to Jacksonville Mayor Lenny Curry and the City Council about the potential health risks the convention could pose, there has been no official talk about canceling the event.

The RNC is scheduled to take place inside VyStar Veterans Memorial Arena Aug. 24 to Aug. 27. It’s a venue that can hold 15,000 people.

On Saturday, Vice President Mike Pence was in Jacksonville Saturday for just a few hours to meet with members of the Republican National Convention Host Committee. According to those there, Pence thanked members for their hard work to this point, with the convention now just 42 days away.