'Flying the Hump': Military veteran tells a story of one of his most difficult missions in WWII

His job was to fly over the Himalayas and take supplies to the famous Flying Tigers, an American volunteer group trying to save China from Japan. 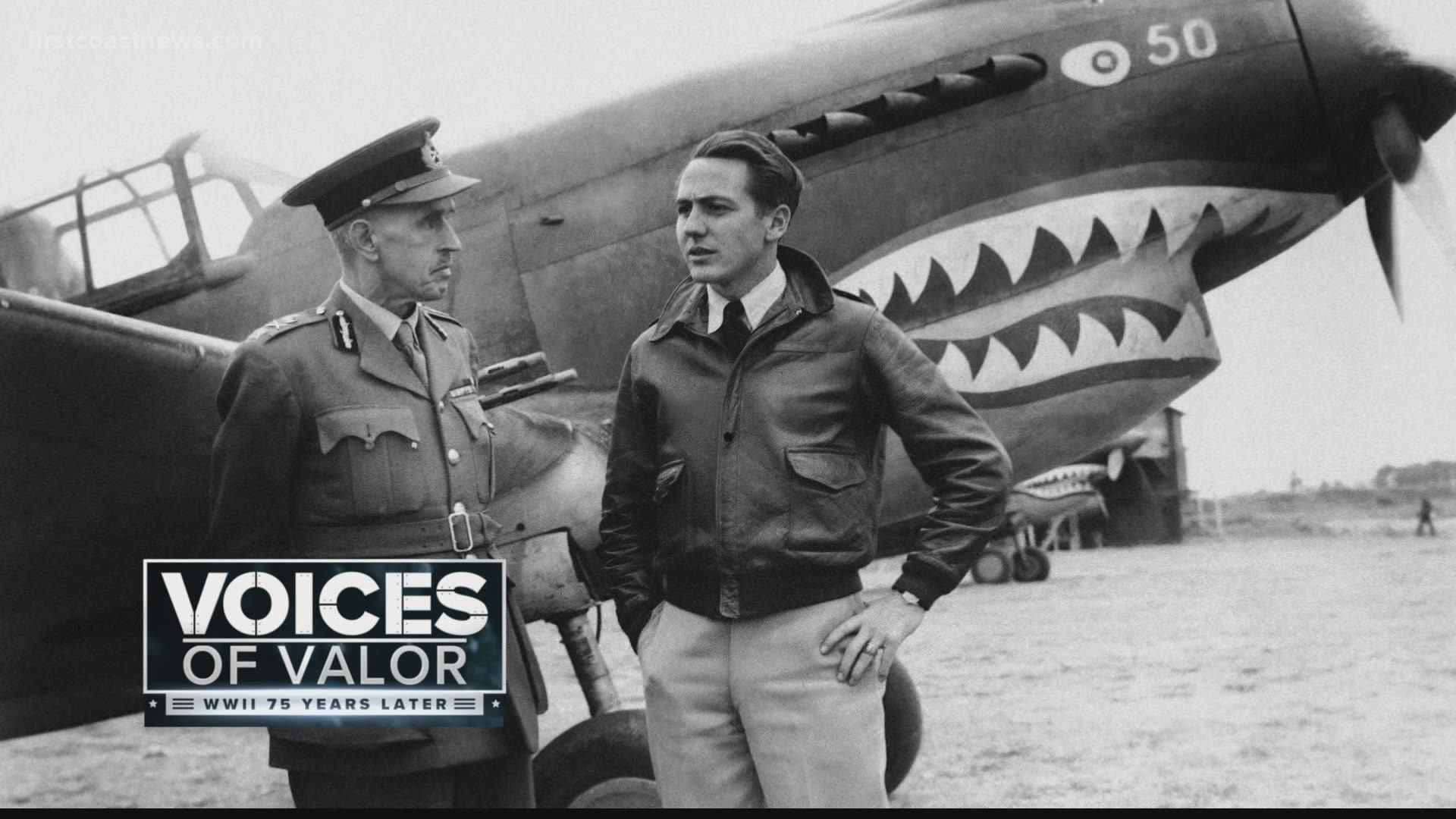 JACKSONVILLE, Fla — In a story of romance and danger, Lt. Col. Herbert Seubert had one of the most treacherous jobs in WWII. They called it, "flying the hump."

His job was to fly over the Himalayas and take supplies to the famous Flying Tigers, an American volunteer group trying to save China from Japan.

Seubert flew C-47's. And to breathe, they had only a small cylinder through which to get oxygen. He says it's much like trying to get all your air through a regular drinking straw.

His medals recognize his military service, including 50 flights over the hump.

As for living during WWII, he says, "it was a scary time."

After the war, Seubert became a rated meteorologist in the U.S. Air Force.

There are many stories to be proud of, but he beams the most when he tells his story of romance.

He spotted a pretty girl across the street. "And I asked her for a date. She said 'NO! I don't even know you!'"

However, the dapper young military pilot didn't give up.

"I finally said, in desperation, that I'll flip a coin and if it turns up heads," he recalls, then she would get a coke with him.

Luckily it turned up heads.

Seubert and his wife were married 71 years.

Sadly, Seubert died last November. He was 102 years old, a true hero of the Greatest Generation.

Seubert's story is part of First Coast News' Voices of Valor project, which honors the 75th Anniversary of the end of World War II.

RELATED: 'Those eyes were sky blue:' WWII vet gives us a laugh and a history lesson

RELATED: Son of a pilot shares how a West Point ring saved his father from the Nazis during WWII