George Stalnaker's B26 went down right after D-Day. This is the story of disguise, a ring from West Point, and how a pilot outfoxed the Nazis and saved his own life. 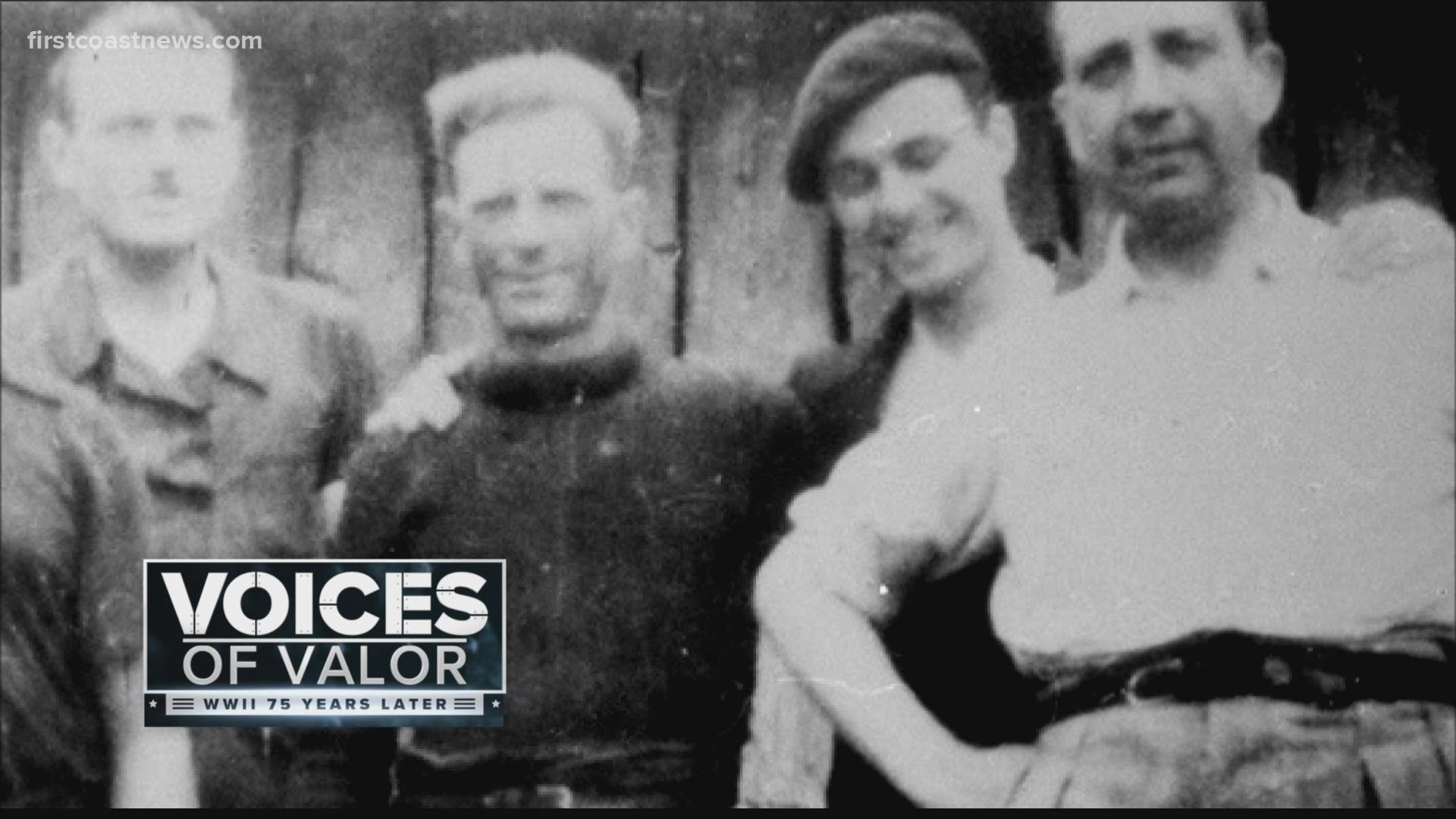 JACKSONVILLE BEACH, Fla. — Jerry Stalnaker was a pilot in Vietnam and has every reason to be proud of his service to our country.

However, he likes to focus on his Dad. He was a B-26 pilot in WWII.

But just right after D-Day, George Stalnaker was in a crisis that consisted of engine trouble.

He knew the only way to survive was to parachute out of his plane, but he had to land in occupied France.

Credit: Stalnaker
391st BG, Matching Green AF, B-26 Scrumptious and Stan "Stub" Miller (TG), Jim Clark (RO), Ed Murphy (N), George Stalnaker (P), Ed Williams (B); see book "Because of you we live - the untold story of George and Simone Stalnaker"; Stalnaker was flying 42-95821 "Miss Take" when shot down over France on 8 July, 1944; the crew was hidden by the French Resistance until liberated in the first week of August, 1944

Jerry Stalnaker says his father wound up in a rural area, and he heard a young boy's voice speaking in French.

The 10-year-old boy led him to his family's barn. The adults told George Stalnaker to take off everything so they could disguise him as a French peasant.

"Everything except his cigarettes and my dad kept his West Point ring, which he had sewn into the cuff of his pants," Jerry Stalnaker says.

George Stalnaker made a video of his WW2 experience before he died. He talked about hiding in the haystacks in the barn. He said the family gave him a bucket to take care of natural needs and they gave him food.

Credit: Stalnaker
`Olivo barn in Poligne where the Stalnaker crew was hidden for two weeks

The problem was his disguise was so good that American troops didn't catch on he was one of them. The Nazis didn't suspect anything either.

But, of course, he held onto hope to be rescued.

One day, some American military did come close, and he took out his West Point ring from his pants and held it up.

Then the most ironic thing. Or maybe call it the biggest blessing.

One of the military personnel had also gone to West Point, and he recognized the ring. And at this moment Stalnaker was saved from Nazi capture.

This was extremely fortunate, considering George Stalnaker was a highly-valued prize as a pilot.

In his video, George Stalnaker talks about continuing through Normandy and the horrific scenes, which was stuck in his mind for years. He says the piles of bodies were "stacked so high."

Now Jerry Stalnaker is hoping his father's story is just one chapter of WWII young people will hear.  "I am going to tell my grandchildren," Jerry Stalnaker says. He believes it's shameful more young folks don't hear the experiences of WWII veterans.

It's such an important part of history.  That's why First Coast News' Jeannie Blaylock and Lew Turner are presenting Voices of Valor, a tribute to the 75th Anniversary of the end of WWII.

RELATED: 'Those eyes were sky blue:' WWII vet gives us a laugh and a history lesson

RELATED: Know what a blood chit is? WWII veteran explains what he carried folded up in his pocket