Curry said Jacksonville was able to secure 11,000 doses, and make them available on a first come first serve basis because it demonstrated the ability to efficient. 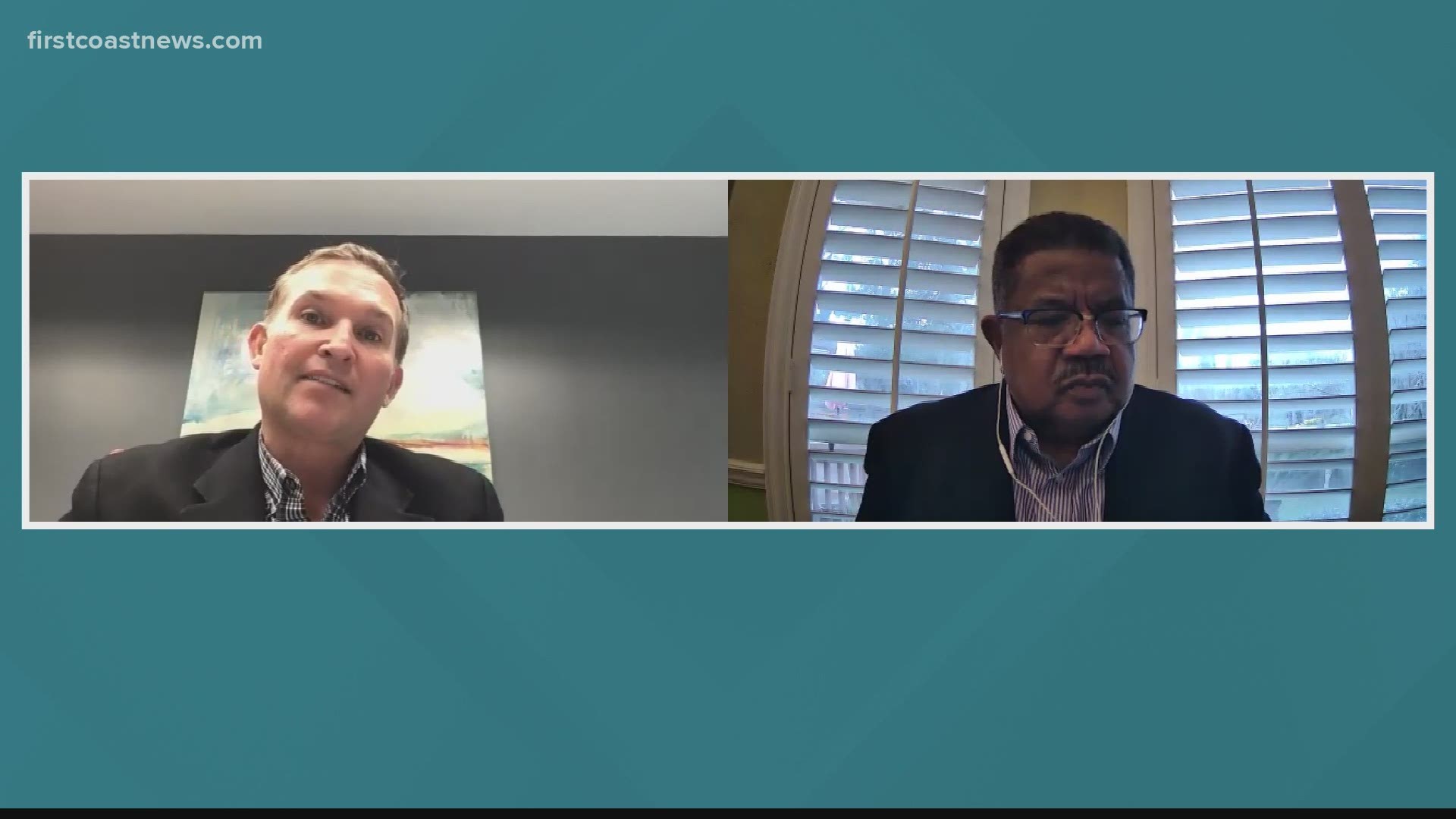 JACKSONVILLE, Fla. — The City of Jacksonville completed its second day of COVID-19 vaccines for those 65 and older and first responders.

Mayor Lenny Curry called it a large scale effort with a limited supply of vaccines.

Curry said Jacksonville was able to secure 11,000 doses, and make them available on a first come first serve basis because it has demonstrated the ability to efficiently do things during COVID-19.

"We did not turn anyone who was eligible yesterday," said Curry.

The goal is to administer about 1,000 doses a day: 500 at the Mandarin Senior Center and 475 at the Lane Wiley Center.

The city is trying to obtain as many doses of the vaccine as possible going forward.

Seniors 65 and up with a March or April birthday, first responders and medical professionals: We still have COVID-19 vaccines available from today’s allotment. There’s minimal wait times right now at both the Mandarin and Lane Wiley senior centers. @cityofjax

The proposal is a private-public partnership between the city, the Cordish Companies and Kahn Company.

"We worked to educate the city council on this visionary project, it is transformational for downtown," said Curry.

It has been stated that the project is critical to the future of the Jacksonville Jaguars. The team stated it would like to diversify its revenue streams to be a sustainable franchise. Curry said the Lot J project is a piece of the puzzle.

"It is a big piece of the puzzle, so to reject this negotiated deal I think would send a message to the team from the legislative branch it is not something that matters to us," said Curry," I think that would be the wrong message."

City Council is expected to approve it.

The time for workshops and speeches about our downtown’s potential has reached its precipice tonight. It’s time for vision to become reality. Believe in our future. It’s time to act. It’s time to vote. #LotJ @jaguars

Earlier this month a Jacksonville City Council committee released a report of its investigation into the botched attempt to sell the Jacksonville Electric Authority.

Curry had initiated the effort to find out the market value of the utility and that turn into an effort to sell it.

"There's nothing new in the report," said Curry.

The report pointed out what happened, how it happened and ways to prevent it from happening again.

It took a swipe at the mayor.

"The report uses words like apparently around me, that's not fact finding," said Curry.

Curry said there is nothing new.

"Not only did they not give me a chance for input they released it to the public to the media while it was still password protected from us," said Curry.

Curry said how the report was handled speaks to the politics of the issue, and he will continue to do what he thinks is best for the community.

"Sometimes big politics can be painful but I signed up for it," said Curry," I have two and half more years and I am going to keep fighting these battles to get things done."