The report, which is a culmination of a nearly year-long investigation, is the most definitive account linking Curry to the 2019 privatization effort. 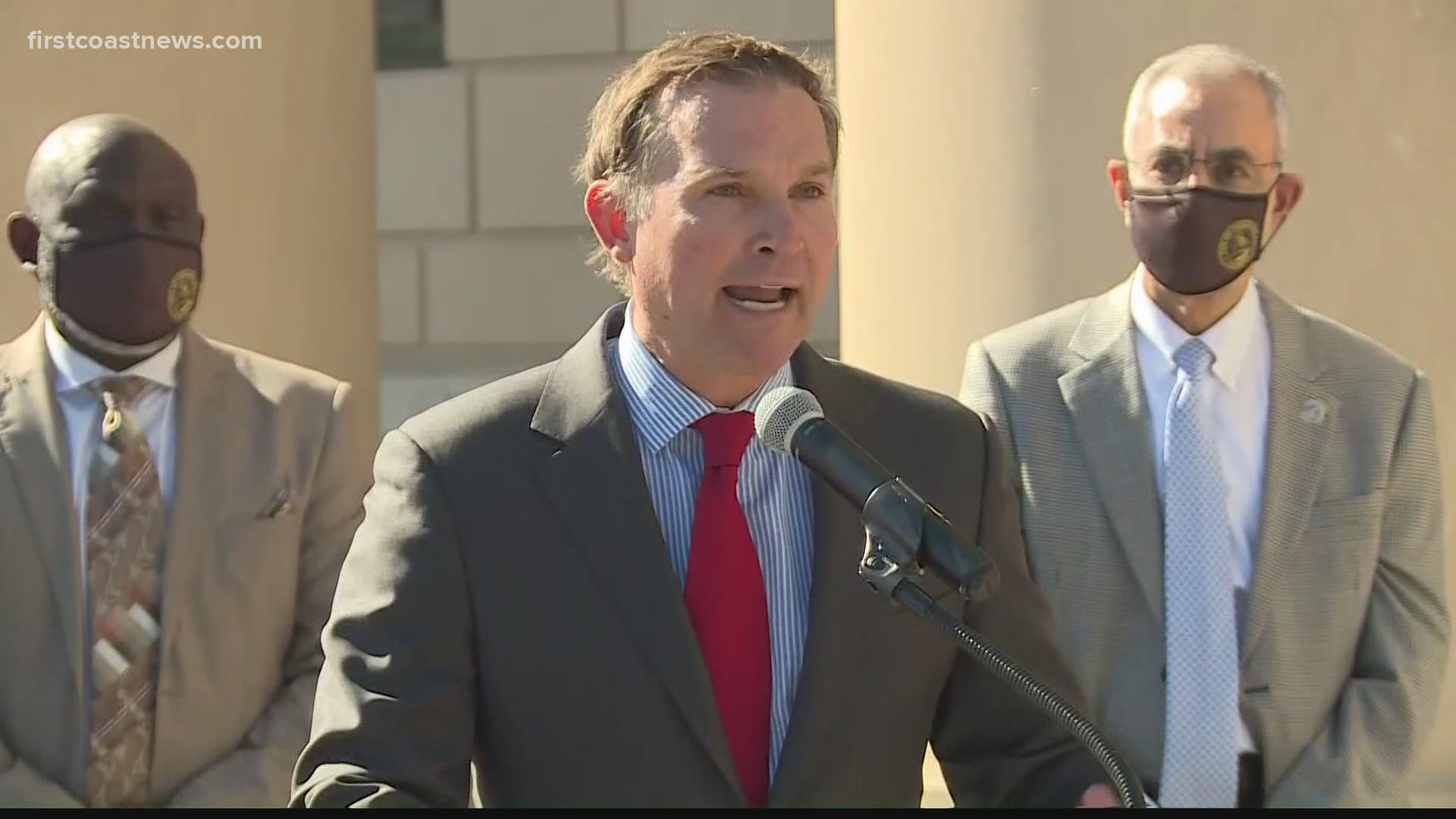 JACKSONVILLE, Fla — A Jacksonville City Council special committee on Monday published its long-awaited investigative report into the failed 2019 sale of JEA, finding that Mayor Lenny Curry and JEA officials spent years exploring a sale of the city-owned utility with a "purposeful lack of transparency" and CEO Aaron Zahn used "intentional misrepresentations and omissions" to push a sale, which was coupled with Zahn's creation of an "ill-conceived" bonus plan that could have yielded executives millions of dollars.

The report, which is a culmination of a nearly year-long investigation, is the most definitive account linking Curry to the 2019 privatization effort. The report found Curry’s administration was involved in exploring a sale as early as 2017 and that Curry “positioned” Zahn at the head of the JEA in 2018 to facilitate a sale, which the report described as a “move that would further burden the opaque sale effort.”

“By early 2019, the Mayor’s plan appeared to many to be on a path to success,” according to the report’s executive summary. “The plan ran afoul through Aaron Zahn’s greed, coupling the JEA sale effort to the PUP (bonus plan)  - designed to have senior JEA employees benefit exorbitantly from a JEA sale.

Although Curry publicly supported JEA exploring a sale, he has repeatedly denied having direct involvement in the efforts to sell the utility or the controversial hiring of Zahn, who was fired with cause after in the aftermath of the botched sale.

This is a developing story. Check back for updates.

RELATED: 'JEA is not for sale': New JEA CEO Jay Stowe says the utility's future is strong, looks to move it forward

RELATED: 'Prospect of privatization all but off the table': Council passes major reforms to JEA governance sections in city charter

Released today, the report is the most definitive account linking Jacksonville Mayor Lenny Curry to the 2019 privatization effort. https://t.co/PLuxbuDT5W