This protocol comes following backlash from the LGBTQ+ community against JSO after, in reports, members of the community were "dead named," or referred to exclusively by their birth name and not their chosen name, and misgendered upon appearance. 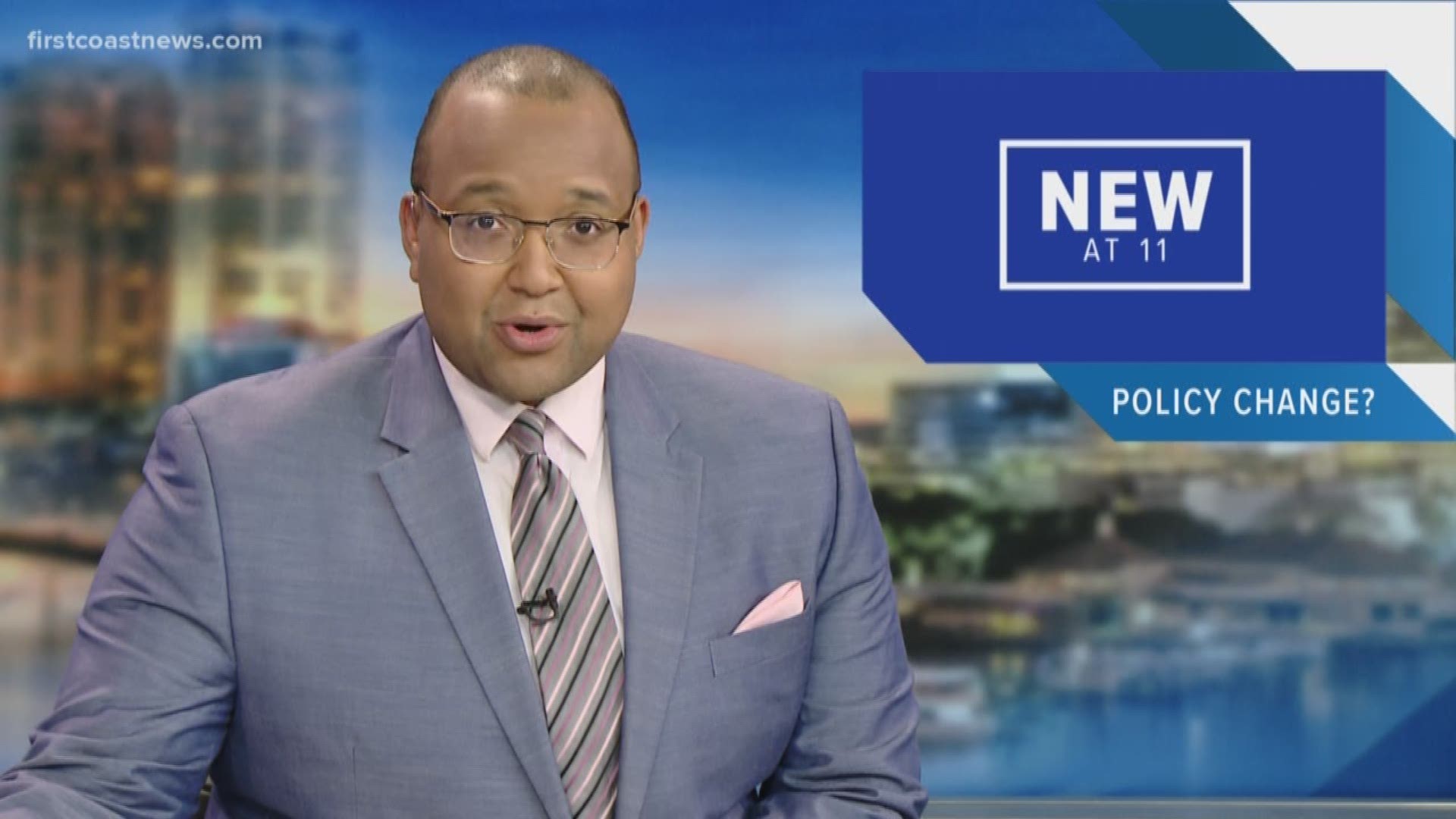 In 2018 there have been four LGBTQ+ people of color murdered in Jacksonville.

That statistic includes three transgender women of color and one black gay man.

In August, The Jacksonville Sheriff's Office formed an LGBTQ+ Liaison team comprised of volunteers who would work and interact with the LGBTQ+ community to build a better bond between law enforcement and the community.

On Friday a newly update JSO Code of Conduct was released with protocol on how to interact, name and gender Transgender and Gender nonconforming people. It reads:

a. When interacting with a T/GNC individual, members shall use the person's gender expression and presentation to initially determine how to address the individual, such as the use of pronouns and terms like "miss," "sir," "him," or "her." If the member has any doubt, he shall inquire as to the individual's preferred form of address.

c. Members shall not ask individuals for information regarding their anatomy, surgical history, or sexual practices -- absent an articulable and compelling need - for the purpose of determining a person's gender.

e. Members will limit conversations about T/GNC individuals gender to persons who have a need to know, such as a transporting officer or corrections personnel for the purposes of inmate classification, housing and medical treatment.

This protocol comes following backlash from the LGBTQ+ community against JSO after, in reports, members of the community were "dead named," or referred to exclusively by their birth name and not their chosen name, and misgendered upon appearance.

June 1: Antash’a English, 38, died at the hospital after being shot between two abandoned homes in the 1500 block of Ella Street early that morning. She was referred to as a man in the initial report.

June 24: Cathalina James, 24, was found shot dead at the Quality Inn and Suites located in the 8300 block of Dix Ellis Trail. She was reported as a man in the initial report.

Another trans woman was shot multiple times by her on-again-off-again boyfriend, who was later arrested.

July 19: Jessie Sumlar, 30, was found dead inside his Northside apartment.

The LGBTQ+ liaison team has been meeting with the LGBTQ+ community to hear their concerns and this protocol change has been a direct result of that. In meetings, members of the community have expressed the issues of misgendering and dead naming as issues of respect.

With this protocol part of a code of conduct, if it is not followed, disciplinary actions can be taken.