"I" Named Atlantic Storms Notorious for being Retired

It's worth noting how often Atlantic "I" named storms are retired, especially as we track Ida in the Gulf of Mexico this weekend. 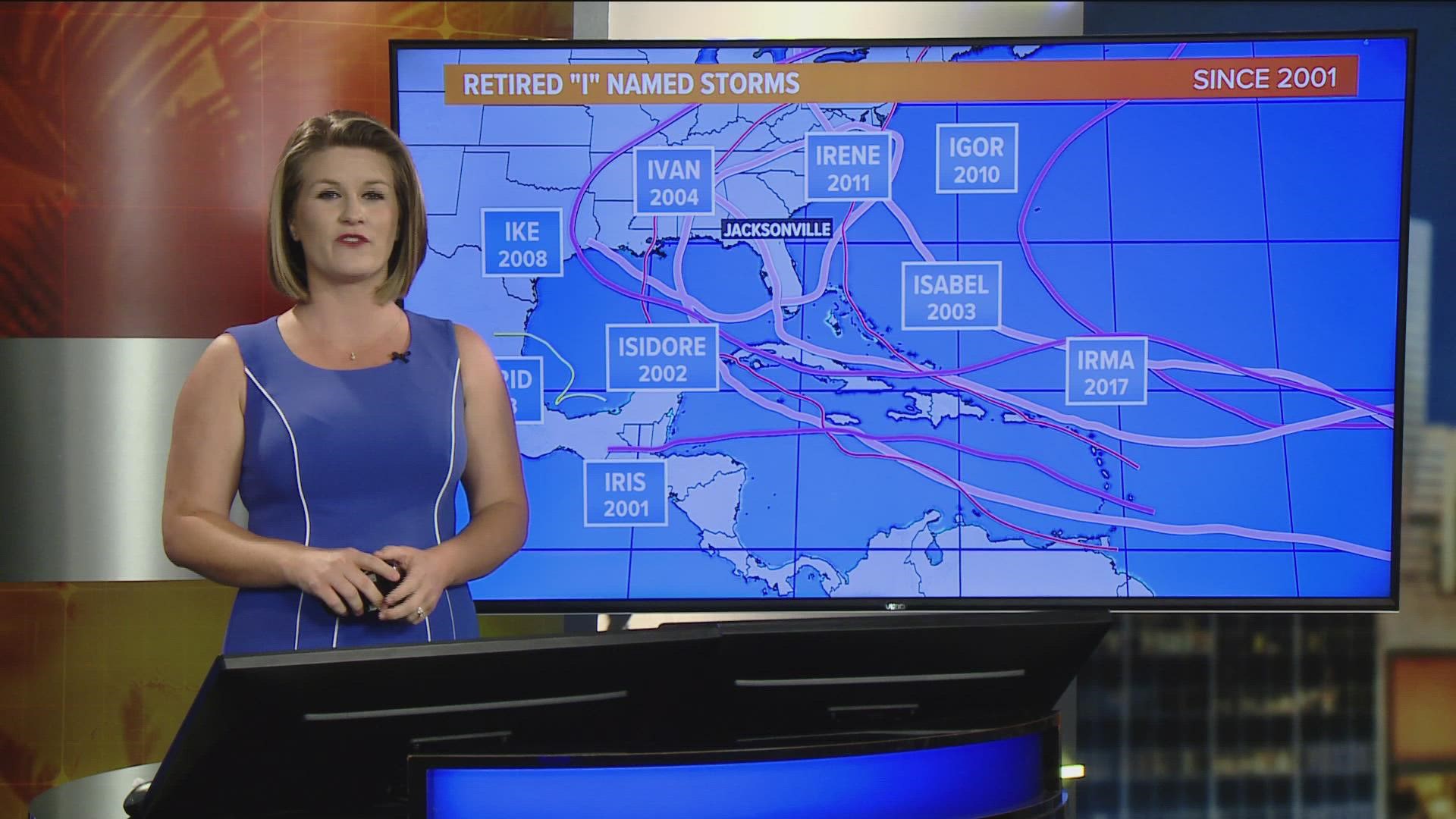 JACKSONVILLE, Fla. — There have been nine names crossed off the list for Atlantic tropical cyclones in 2021 -- A through I. Ida formed on August 26 in the Caribbean Sea. The average date for the ninth named storm isn't until September 15, so this hurricane season is proving to be a busy one thus far.

The "I" named storms in the past 20 years have been quite significant. Since 2001, nine storms have had their names retired. The World Meteorological Society does so when a particular storm is so deadly and/or destructive that using it with a future tropical cyclone may be insensitive or confusing for those who lived through it.

The heart of the Atlantic hurricane season is mainly from August through mid-October when there are tropical waves moving regularly off the west coast of Africa and sea-surface temperatures are at their warmest. In a typical season, these "I" named storms happen to fall within the window of the most active period.

The list of retired "I" named storms since the 21st Century include:

In total, there are eleven "I" names that have been retired since the naming of Atlantic tropical cyclones began in 1953. The other two are Inez (1966) and Ione (1955).

"Experience shows that the use of short, distinctive names in written as well as spoken communications is quicker and less subject to error than the older, more cumbersome latitude-longitude identification methods." the National Hurricane Center website states. "These advantages are especially important in exchanging detailed storm information between hundreds of widely scattered stations, coastal bases, and ships at sea.

The use of easily remembered names greatly reduces confusion when two or more tropical storms occur at the same time. For example, one hurricane can be moving slowly westward in the Gulf of Mexico, while at exactly the same time another hurricane can be moving rapidly northward along the Atlantic coast. In the past, confusion and false rumors have arisen when storm advisories broadcast from radio stations were mistaken for warnings concerning an entirely different storm located hundreds of miles away."

Julian and Kate are next on the list with the average date for the tenth storm on September 21 and the eleventh storm on October 1.