After one of the incidents, the men were found with multiple shopping bags and had spent nearly $1,300 in less than 45 minutes with credit cards they had stolen. 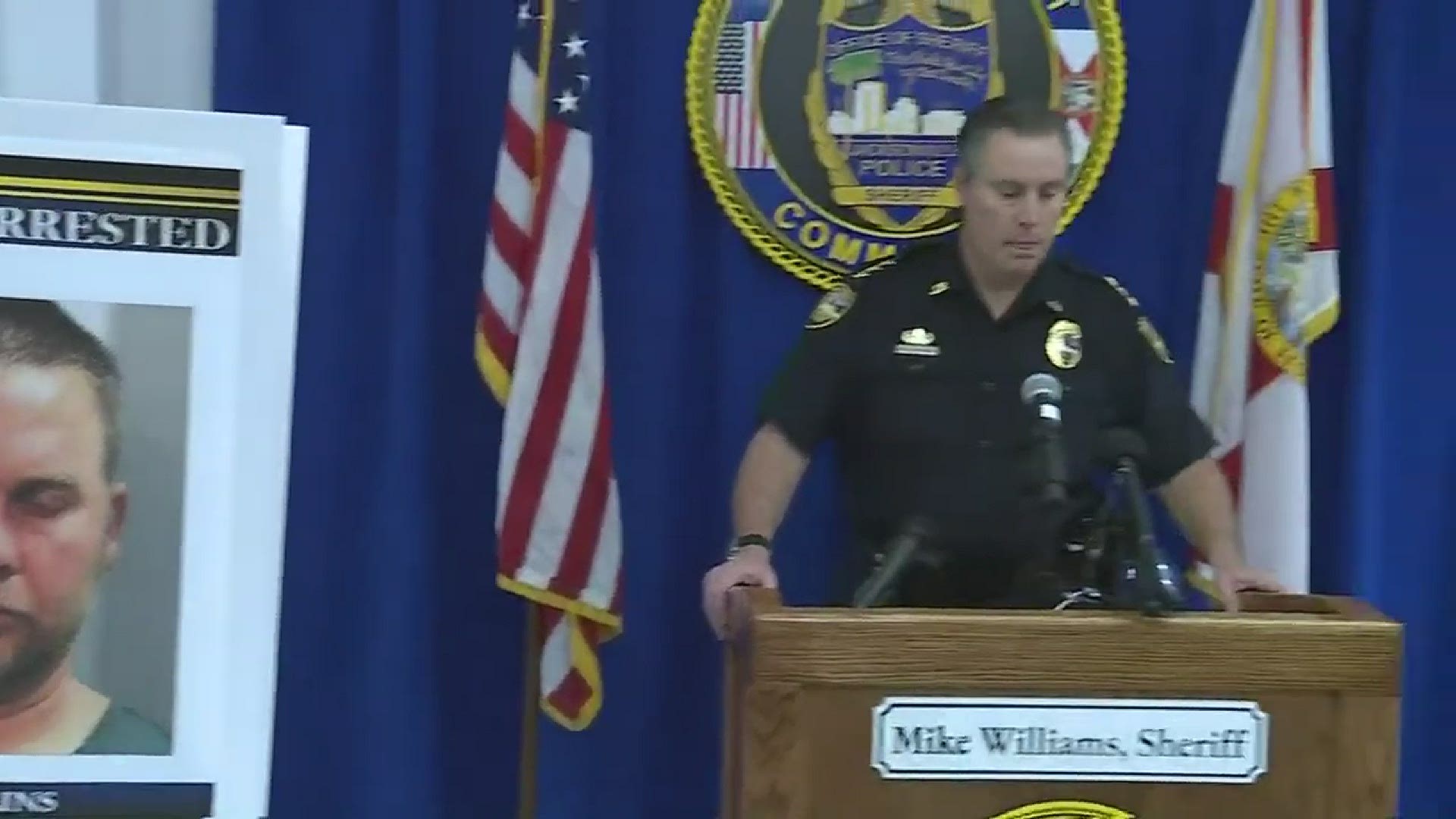 JACKSONVILLE BEACH, Fla. — Two men are facing burglary and fraud charges after being connected to a string of recent vehicle burglaries, according to the Jacksonville Sheriff's Office.

Bruno said on Jan. 1 just after 12 p.m., a victim was pumping gas and listening to music in her earbuds when one of the suspects approached the side of the car and stole her purse from the front seat. This incident happened near 10500 Philips Highway.

The victim didn't know what had occurred until her earbuds stopped playing music because her phone was out of range.

Bruno said a witness in one of the other cases was able to provide investigators with a little bit of information about the suspect.

During the press conference, Bruno played surveillance video from a gas station where one of the burglaries happened at.

The video showed one of the suspects going up to the victim's car and grabbing her purse from the front seat. The footage also shows a witness telling the victim what happened and trying to stop the suspects. However, the suspects were able to get away from the area.

On Jan. 2, the suspects acted again and stole another purse from the 13600 block of Philips Highway, Bruno said. Just like the other cases, the victim was pumping gas when the incident occurred.

Another witness noticed the robbery and alerted the victim about what was going on. While officers were responding to this incident, two additional calls for service went out, according to Bruno.

Officers then responded to those additional scenes. While officers were writing a report for one of the burglaries, the victim noticed her credit cards were being used at Avenues Mall.

With this information, JSO responded to the mall and was able to locate and identify Dukes and Cornell as suspects.

Bruno said they were found with multiple shopping bags and had spent nearly $1,300 in less than 45 minutes with the credit cards they had stolen.

Additionally, several other credit cards from other victims were found in their possession.

When officers searched the vehicle Dukes and Cornell were driving, they found two loaded guns, ammunition, additional store receipts and merchandise. The guns were not registered to the suspects.

Bruno said Dukes and Cornell are into way more than just stealing purses.

JSO is asking the community for assistance with any unsolved cases that may be related. "We don't know how long they've been doing this," Bruno said. "You saw how fast it happens and that's their MO."

Bruno went on to explain that there were six related incidents over the course of two days.

There were also other incidents that occurred and JSO is working to determine if they're related or not. Bruno said there may be additional charges coming in the future.

At the same news conference, JSO announced the arrest of a man accused of burglarizing the homes of dozens of families while they attended the funerals of loved ones. Read more about those arrests here.

You can watch the full press conference below.