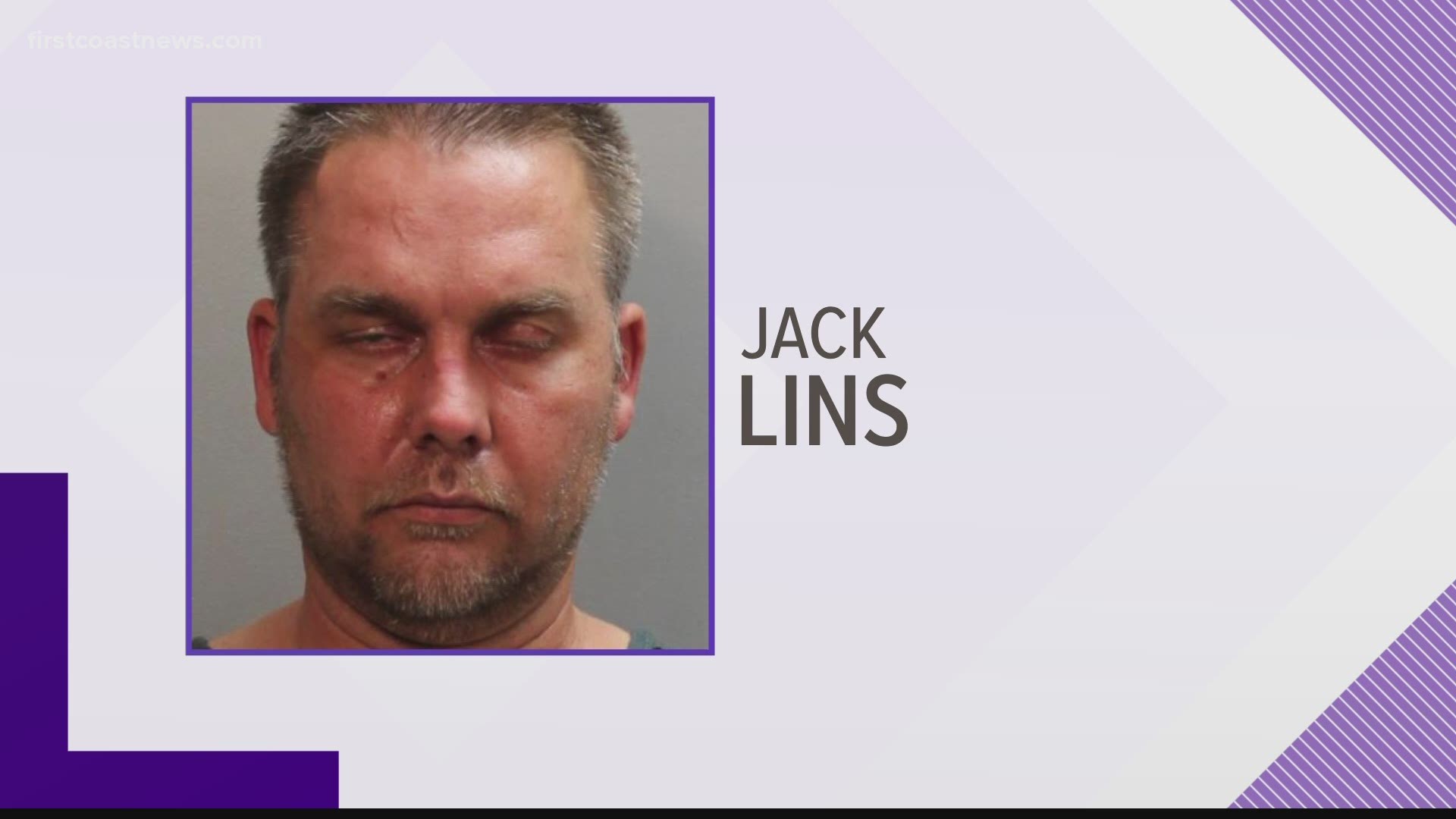 JACKSONVILLE, Fla. — The Jacksonville Sheriff's Office has arrested a man accused of breaking into people's homes and stealing their belongings while they attended funerals for loved ones.

On Thursday, JSO Director of Investigations Mike Bruno held a news conference announcing the arrest. Bruno said police were called to a home on Aug. 21, where a man said he was attending his mother's funeral when someone broke into his home.

Police were able to identify the suspect as 40-year-old Jack Lins. Through their investigation, JSO discovered Lins had burglarized 24 different homes, all while the residents were attending funerals for loved ones.

Lins would use websites to look at obituaries and find families to prey on, Bruno said. He would park in a nearby driveway disguised as a pizza delivery driver, repairman or other type of service man, Bruno said.

"Our first big break in the case didn't come until we found that Lins had pawned a Weed Eater from one of the burglaries," Bruno said. "We were able from that information to determine that Lins did own a blue Chevy Cobalt car, and several witnesses had seen that vehicle nearby during some of the burglaries that Lins committed."

Burglary detectives and crime analysts were able to determine Lins had previously lived in Arizona, where he had spent five years in prison for committing the same type of burglaries, preying on families' homes while they attended funerals.

Lins faces dozens of counts related to burglaries of 24 different homes he broke into, Bruno said.

At the same news conference, JSO announced the arrests of two suspects accused of purse-snatching from victims' cars while they pumped gas, then using the victims' credit cards. Read more about those arrests here.

You can watch the full news conference below.