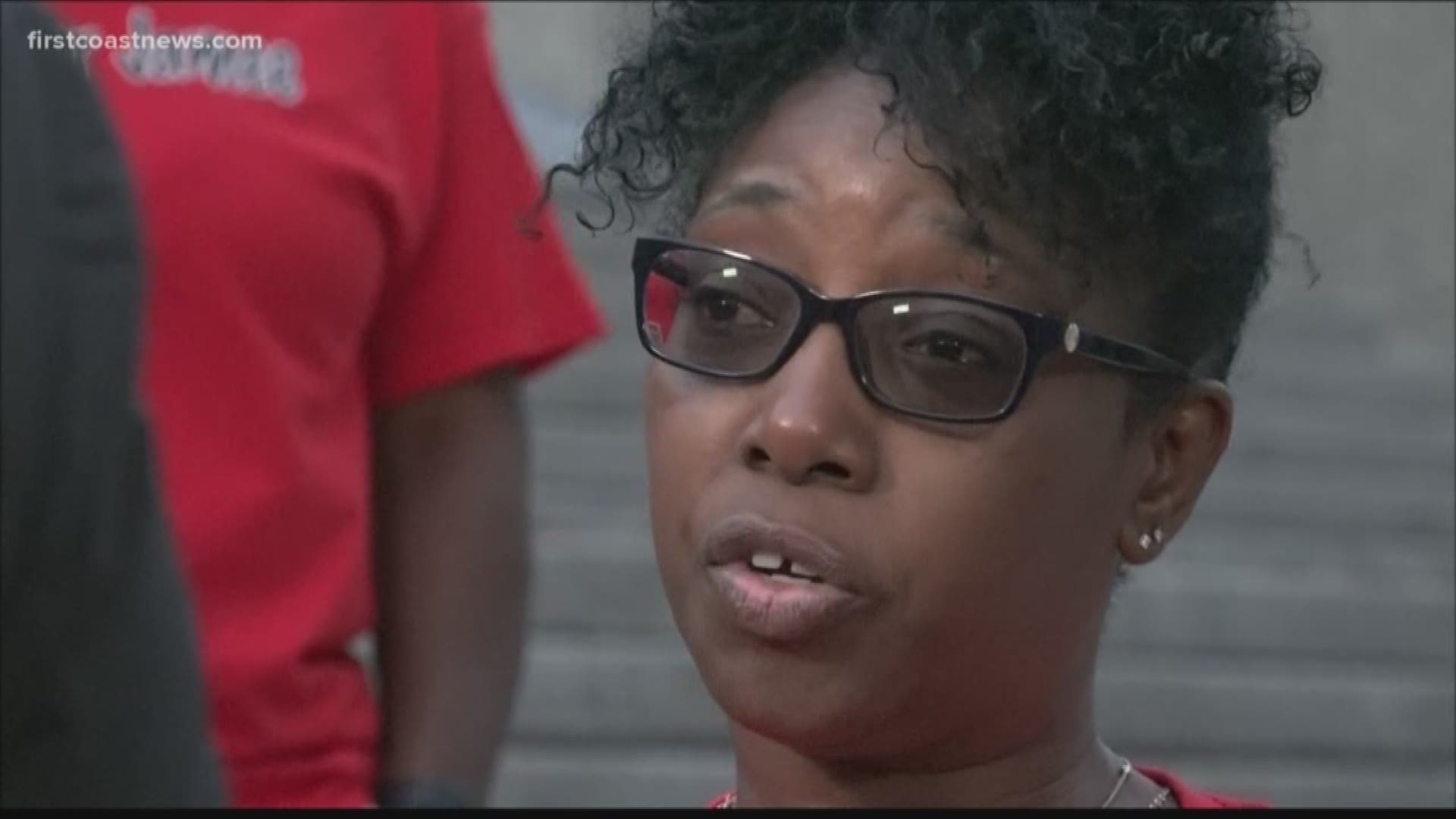 "As a mother, if I could have traded places with my son, I would," Johnson's mother, Kimberly Austin, told First Coast News.

Austin and others gathered at the steps of JSO urging the release of police body camera video of the Dec. 14 shooting.  She wants to see her son's encounter with police and the final moments that led to his death.

"I just need answers," she said. "You know, it's a void that's missing that can never be filled now."

On the night of Johnson's death, police pulled him over and said during a news conference that Johnson was ordered out of his vehicle when he told officers he had a gun in the car.

Police said there was a struggle. Johnson reportedly went back to his car and accelerated it toward an officer while reaching for his gun, JSO said. That officer shot then shot and killed Johnson. The officer was identified as Officer Josue Garriga.

Austin says she's heard different versions of what happened to her son during the traffic in Jacksonville.

"For what witnesses have said to me, it didn't happen that way," she said. "So, if it happened that way and you have the proof to show that, then why not let us see that?"

The Jacksonville branch of the NAACP released a statement following the shooting, reading in part, "It is our immediate request that the Jacksonville Sheriff's Office provides more details about the encounter and release the body camera recordings. Transparency is essential to public trust and our community deserves nothing less."

Johnson's family was told he was initially stopped for a seat belt violation.

Garriga and another officer who was a part of the traffic stop are both on paid administrative leave.