Jamee Johnson, 22, was shot to death Saturday by JSO Officer J. Garriga during a traffic stop. Police have not yet released details about what initiated the stop. 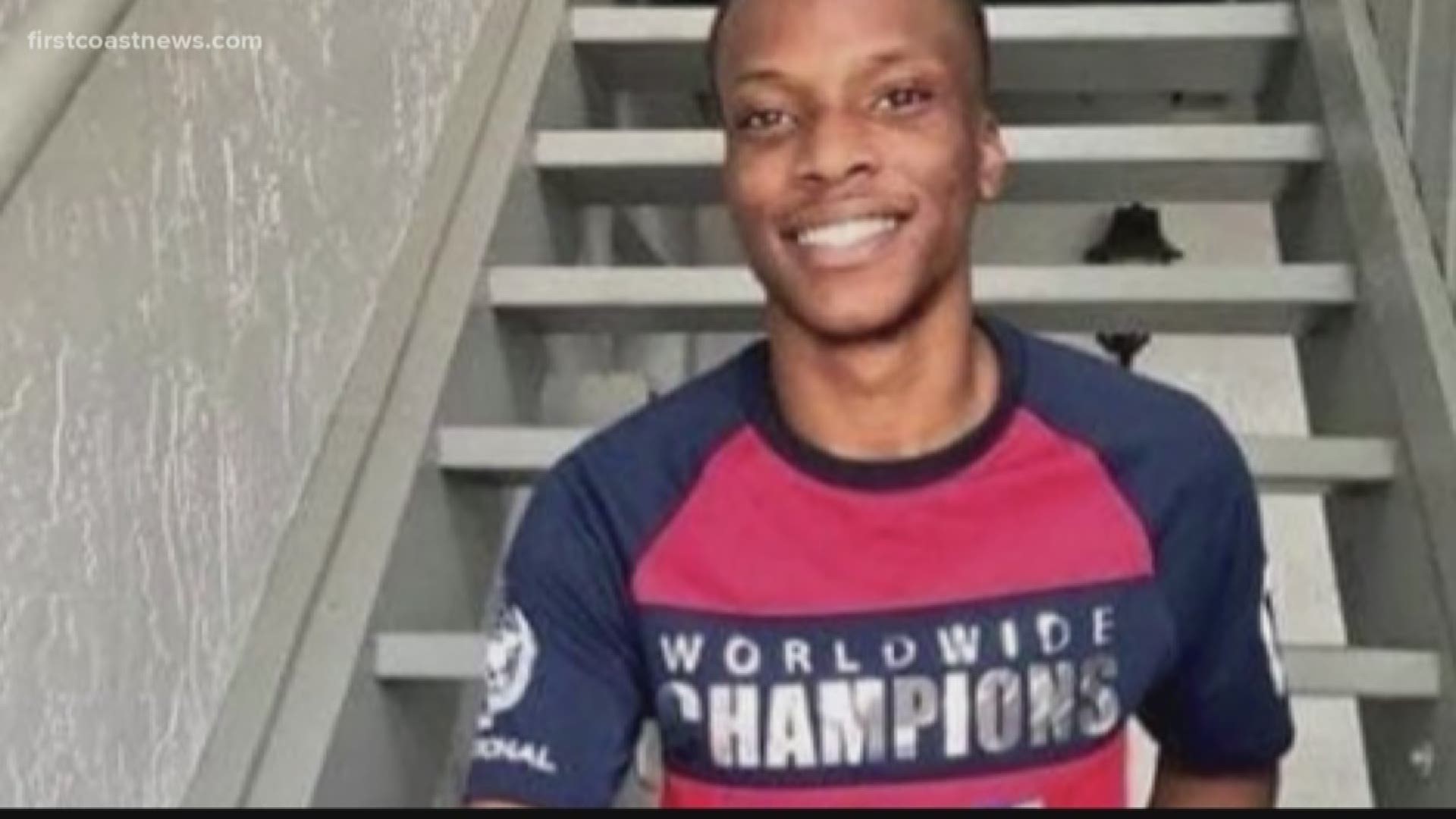 The family of a Tallahassee man shot to death by a Jacksonville officer during a traffic stop Saturday say they want to see police video of the incident. Lee Merritt, attorney for the family of Jamee Johnson, 22, said Thursday that the State Attorney's Office told the parents the college student was pulled over for a seat belt violation.

JSO has not yet released an incident report on the shooting and has not said why the stop was initiated.

Garriga and Officer K. Graham were patrolling the 3000 block Buckman Street in Jacksonville's Urban Core neighborhood just after 5 p.m. when they made the traffic stop, police said.

Merritt, who was with Johnson's parents at a news conference Thursday, said police should at least let the parents view the officer's body cam video so they can learn what happened to their son. Merritt said he was told dashcam video does not exist.

"The family should not be left with questions," Merritt said. "A time when this family should be preparing for Christmas, planning his graduation, they're laying him to rest.

"The family has a right to know," Merritt said.

While both officers involved were wearing body cameras, there may not be video of the actual shooting itself.

“It seems that the shooting officer's camera became dislodged during the course of the incident, based on our conversation ..." Merritt said.

After being pulled over, Merritt said Johnson disclosed to the officer that he had a firearm. Police released a photo of the firearm in the car hours after the shooting.

"Law enforcement releases information that's favorable to them, like the gun in the car," Merrit said. "Why so much protection for the video?"

After learning that a firearm was in the car, Officer Garriga ordered Johnson out of the vehicle, police said during a news conference Saturday.

Police say Johnson exited the vehicle and a "struggled ensued." JSO Chief T.K. Waters said Johnson went back to his vehicle, accelerated toward Garriga while reaching for the gun.

Both officers have been placed on paid administrative leave, Waters said. The officers were taken to a hospital with minor injuries and have since been released. The nature of their injuries was not disclosed.

Johnson's father Harvey said his son was in Jacksonville visiting family, before a planned family gathering in Tallahassee Sunday.

Merritt, a Texas-based attorney, represented the family of Botham Jean, the Dallas man shot and killed by Dallas Police Officer Amber Guyger. He also represented several of the alleged victims in the R. Kelly case.