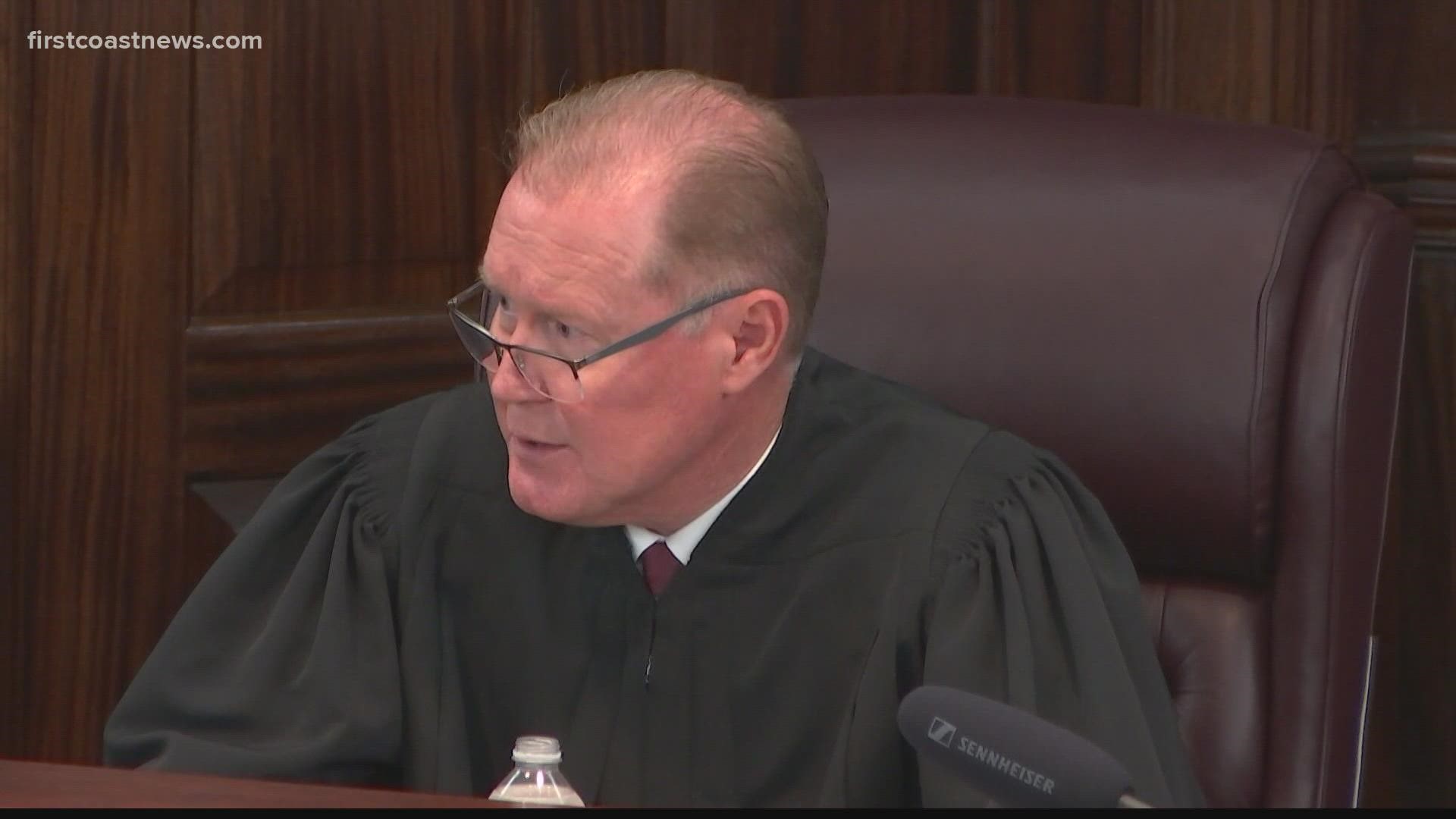 Jury selection for the three men accused of murder in the death of Ahmaud Arbery continues Wednesday, with the family of Arbery frustrated over the slow pace of questioning.

Bookmark this page for live updates on the trial as they unfold.

5:15 p.m.: Six qualified today, bringing the number of qualified potential jurors to 42, closer to the magic number of 64 potential jurors. This is the earliest they've finished questioning this week. Now discussing whether or not to bring all 64 when they reach that into court when they decide to strike down to 12 jurors and four alternates due to COVID restrictions.

*As of 4:50, court back, going over which potential jurors to qualify. Prosecution and defense have broad agreement on them. At least half of group have already been struck for cause today. Should note: this is earliest this week they've gotten through questioning @FCN2go

Regarding change of venue, Rubin said hoping not to move from Glynn. "We’re very pleased that we’ve gotten the number of jurors we’ve gotten as qualified and judging from the panels that we have coming up, it looks like we’ll be ok." @FCN2go

2:09 p.m.: Defense attorneys for Travis McMichael, Jason Sheffield and Bob Rubin, say they're fine with the pace of jury selection because it gives potential jurors time they "critically need to understand what's being asked of them."

9:31 a.m.: So far, 12 potential jurors say they have formed an opinion on the guilt or innocence of the defendants. Five say their minds are not perfectly impartial between the state and the accused.

12 potential jurors say they've formed opinion on guilt/innocence of defendants. 5 say mind not perfectly impartial between the state and the accused.

8:30 a.m.: Jury selection is expected to resume. So far, 36 potential jurors are now qualified. Defense attorney Jason Sheffield hopes to reach the "magic number" of 64 by Friday, which will have to be narrowed down to 12 jurors and 4 alternates.

6:17 p.m. Around 6 p.m., the judge said he wants to stop where they are and move the last three potential jurors to the future panel. Judge, state, defense going through which potential jurors will qualify now.

2:11 p.m.: Defense attorney Sheffield asks for a joint proposal for six of the potential jurors in Tuesday's group to join the eight leftovers from last week, saying they know it's going to be a long night if they try to get through all of the potential jurors in one day. The judge declines. Sheffield says "We are optimistic by the end of this week we will have reached what we need to do our selection.”

11:55 a.m.: A member of the Transformative Justice Coalition responds to Attorney Kevin Gough's motion trying to prevent protesters from the courthouse building and grounds. "How in the world can you tell people that they can't exercise their First Amendment right to be heard?"

10:36 a.m.: Judge says "I thought it was lunchtime already and it's not." Started group questioning of potential jurors around 10:15 a.m.

10:35 a.m.: Walmsley doesn't allow several questions to be asked of potential jurors requested by the defense, including whether jurors could be asked if they would entertain a defense of self-defense if any of the three defendants chose not to testify. He is allowing attorneys to ask, during general questioning, "Have you supported the call for Justice for Ahmaud and Run With Maud?" and "Will you follow the law that is given you by the court, even if you think the law may be or should be different?"

9:04 a.m.: Walmsley denies motion from the defense, saying he will not limit First Amendment rights in a public place.

9 a.m.: Bryan's Attorney Kevin Gough: "Maybe ... we should just take the first 12 (jurors) because if we can't get candid answers out of the jurors we might as well flip a coin."

8:41 a.m.: Gough, wants to bar "individuals and groups attempting to influence potential jurors" from the courthouse building and grounds. He also raises his voice, suggesting Arbery family attorney Lee Merritt and the state have some type of relationship. Walmsley asks Gough to "lower your tone."

8:15 a.m.: The sixth day of the trial is set to start off with discussions of adding new questions for potential jurors. The defense called for a motion to allow the following questions to be asked:

RELATED: Courtroom Report: What happened during Day 6 of jury selection in death of Ahmaud Arbery trial