Courtroom Report: What happened during Day 6 of jury selection in death of Ahmaud Arbery trial

Here are the notes taken by the pool reporter assigned by Judge Timothy Walmsley. 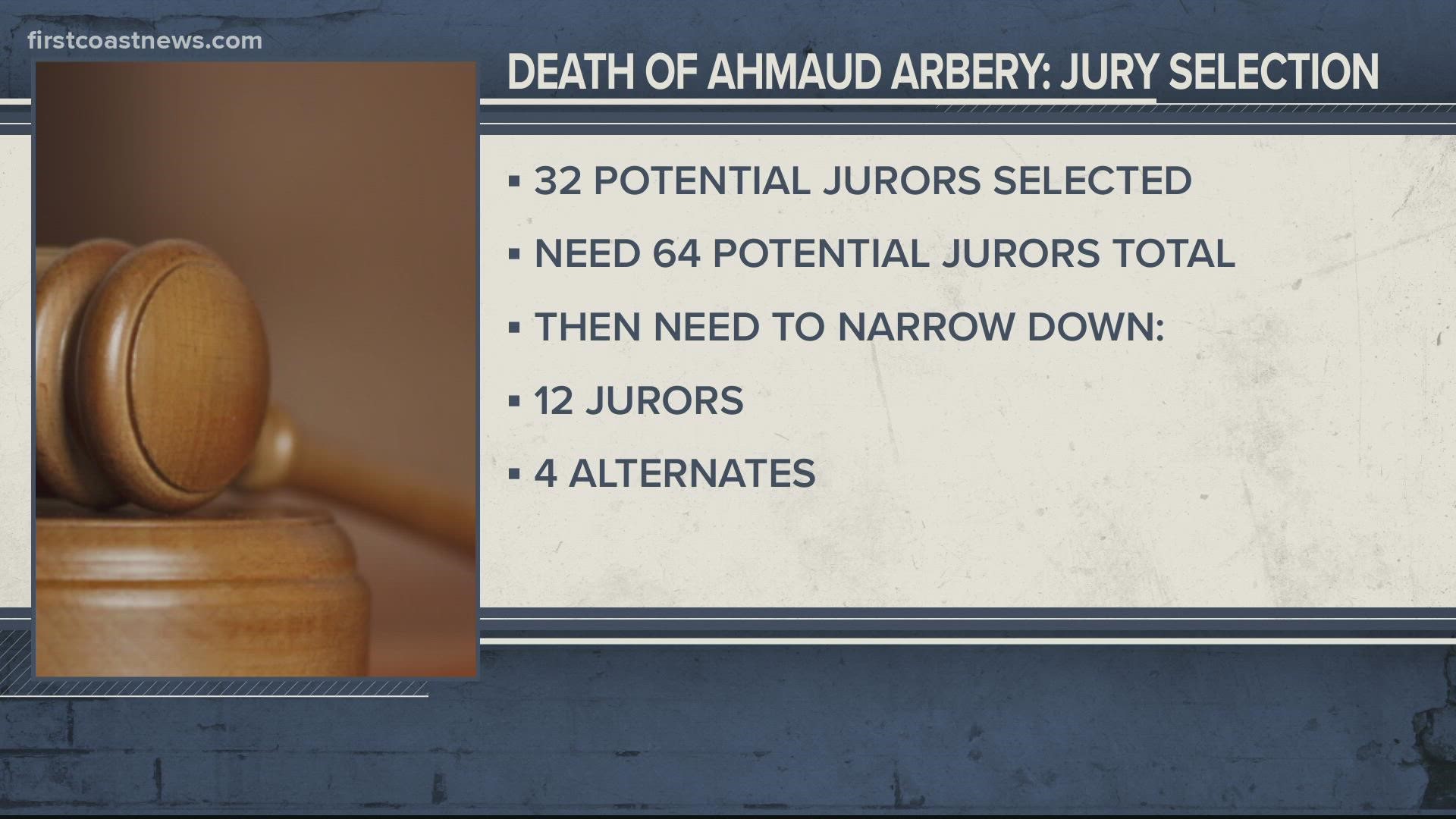 BRUNSWICK, Ga. — Editor's Note: The following are notes taken by the pool reporter assigned to the trial against Gregory McMichael, Travis McMichael and William Bryan. First Coast News has removed some details to help protect the identities of potential jurors.