Nine jurors were selected to move to the next round Monday, bringing the total number of qualified jurors to 32. The goal is 64. 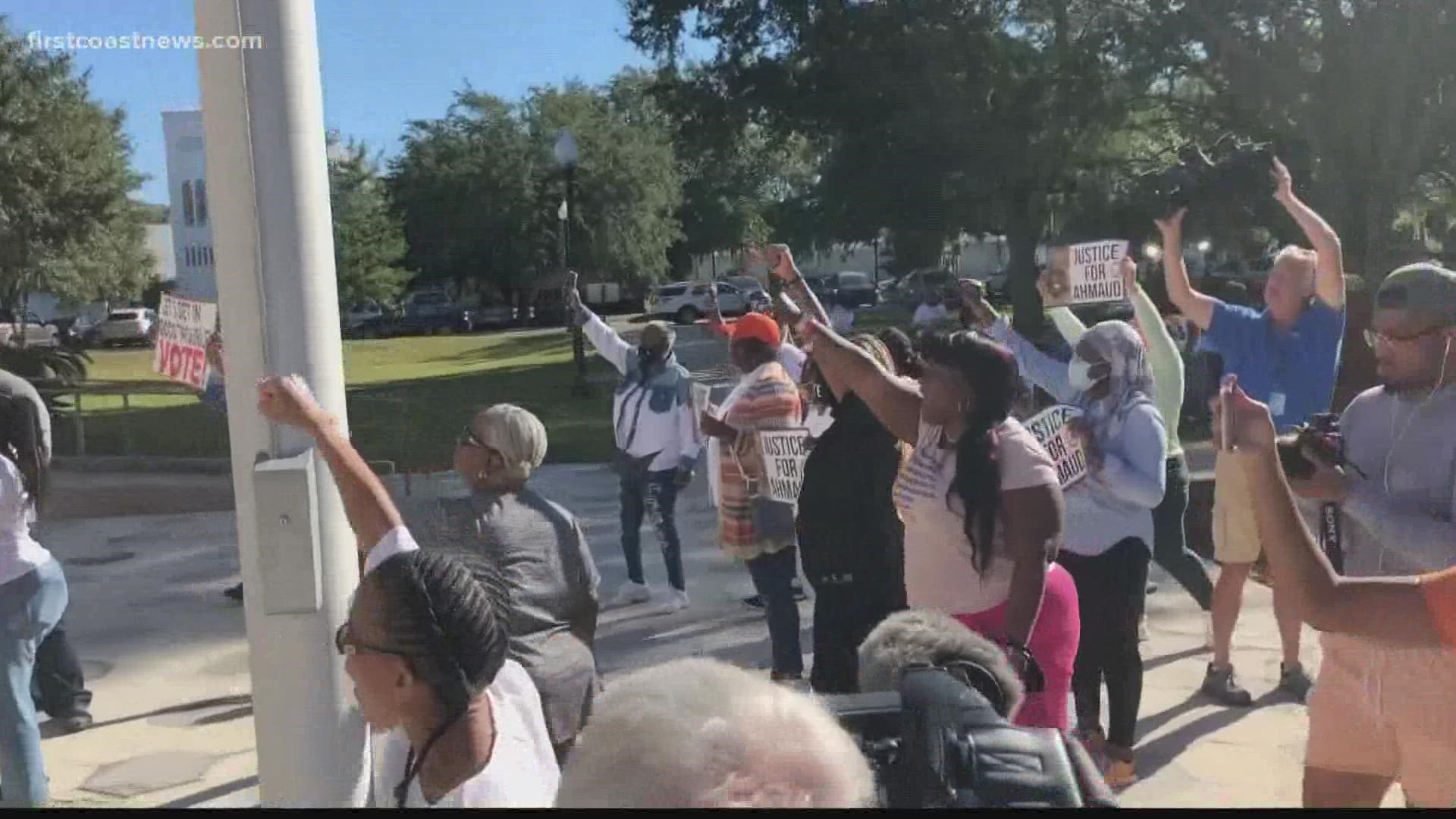 *Portions of the jury selection livestream will not have audio per an order from the judge.

Jury selection for the three men accused of murder in the death of Ahmaud Arbery continues Tuesday, with the family of Arbery frustrated over the slow pace of questioning.

Bookmark this page for live updates on the trial as they unfold.

6:17 p.m. Around 6 p.m., the judge said he wants to stop where they are and move the last three potential jurors to the future panel. Judge, state, defense going through which potential jurors will qualify now.

2:11 p.m.: Defense attorney Sheffield asks for a joint proposal for six of the potential jurors in Tuesday's group to join the eight leftovers from last week, saying they know it's going to be a long night if they try to get through all of the potential jurors in one day. The judge declines. Sheffield says "We are optimistic by the end of this week we will have reached what we need to do our selection.”

Defense attorney Sheffield asked for a joint proposal for six from today's group to join the eight leftovers from last week saying know they're going to have a long night if they try to get through all of the potential jurors today.
Judge declined. @FCN2go

11:55 a.m.: A member of the Transformative Justice Coalition responds to Attorney Kevin Gough's motion trying to prevent protesters from the courthouse building and grounds. "How in the world can you tell people that they can't exercise their First Amendment right to be heard?" 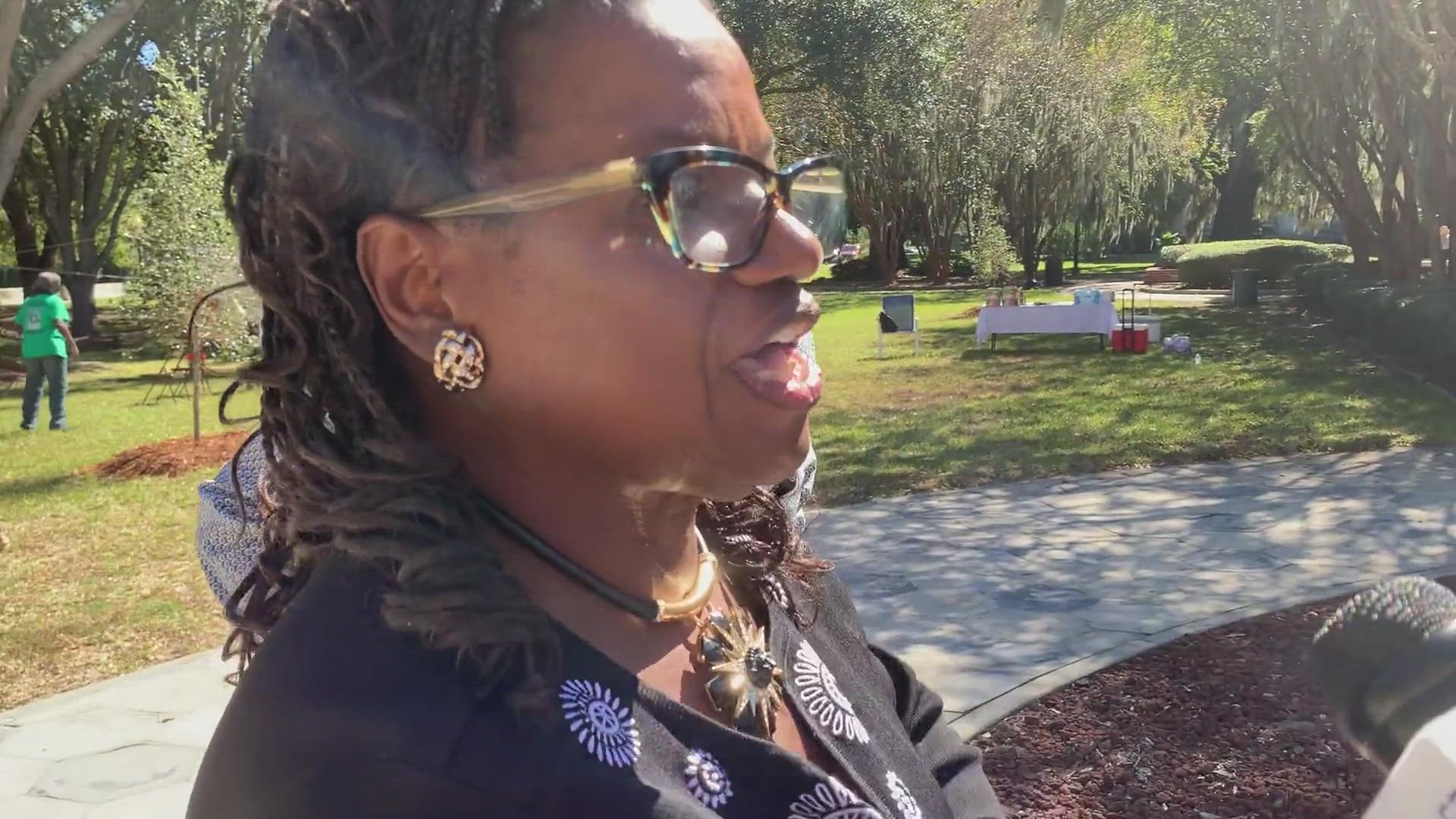 10:36 a.m.: Judge says "I thought it was lunchtime already and it's not." Started group questioning of potential jurors around 10:15 a.m.

Judge says "I thought it was lunchtime already and it's not." Started group questioning of potential jurors around 10:15 a.m.

10:35 a.m.: Walmsley doesn't allow several questions to be asked of potential jurors requested by the defense, including whether jurors could be asked if they would entertain a defense of self-defense if any of the three defendants chose not to testify. He is allowing attorneys to ask, during general questioning, "Have you supported the call for Justice for Ahmaud and Run With Maud?" and "Will you follow the law that is given you by the court, even if you think the law may be or should be different?"

9:04 a.m.: Walmsley denies motion from the defense, saying he will not limit First Amendment rights in a public place.

9 a.m.: Bryan's Attorney Kevin Gough: "Maybe ... we should just take the first 12 (jurors) because if we can't get candid answers out of the jurors we might as well flip a coin."

8:41 a.m.: Gough, wants to bar "individuals and groups attempting to influence potential jurors" from the courthouse building and grounds. He also raises his voice, suggesting Arbery family attorney Lee Merritt and the state have some type of relationship. Walmsley asks Gough to "lower your tone."

8:15 a.m.: The sixth day of the trial is set to start off with discussions of adding new questions for potential jurors. The defense called for a motion to allow the following questions to be asked:

Day 6 of jury selection starts with judge hearing motions from defense. Reminder: we’re halfway to the magic number of 64 potential jurors to then narrow it down to 12 jurors, 4 alternates. Follow thread for updates today @FCN2go pic.twitter.com/ZCrkeHzvBJ

We’re live in Brunswick with the latest on the trial over Ahmaud Arbery’s death, covering:

-How many more potential jurors are needed
-Why the court qualified people who know key players as potential jurors
-Why a defense attorney is unhappy with Arbery’s father/family response pic.twitter.com/ytA0Ogfkl1

RELATED: Here's what the 32 jurors who moved to next round of questioning said during jury selection

RELATED: Hiding in plain sight: Confederate statue will be shrouded in plastic during trial in the death of Ahmaud Arbery

Judge says the third question could be racially motivated.

Judge allows time for the State to come up with a rebuttal before making a ruling.

2:28 p.m. Ahmaud Arbery's mother enters the courtroom. Two other jurors are struck, both with connections to Arbery.

1:06 p.m.: Barbara Arnwine, a supporter of Arbery's father, decries continuing "attacks" against Marcus Arbery Sr. by defense attorney Kevin Gough, who claimed Arbery Sr. nodded at a juror and asked the judge to "do something to make sure the jurors aren't being influenced." Judge and prosecutors say they did not see the nod.

12:39 p.m.: Prayers and supporters continue outside the courthouse while the court is in recess.

9:18 a.m.: Judge Timothy Walmsley tells the group of 20 potential jurors based on last week's process that he expects this to last all day and asks for patience, saying "We don’t rush things here. This is a very deliberate process you’re now involved in with us now."

9:10 a.m.: Proceedings resume in day five of jury selection in the trial for the men charged with Arbery's death.

8:30 a.m.: Jury selection is expected to resume at 8:30 a.m. after 23 jurors were qualified last week. The goal is to qualify 64 potential jurors from which attorneys can select a panel of 12 plus four alternates.