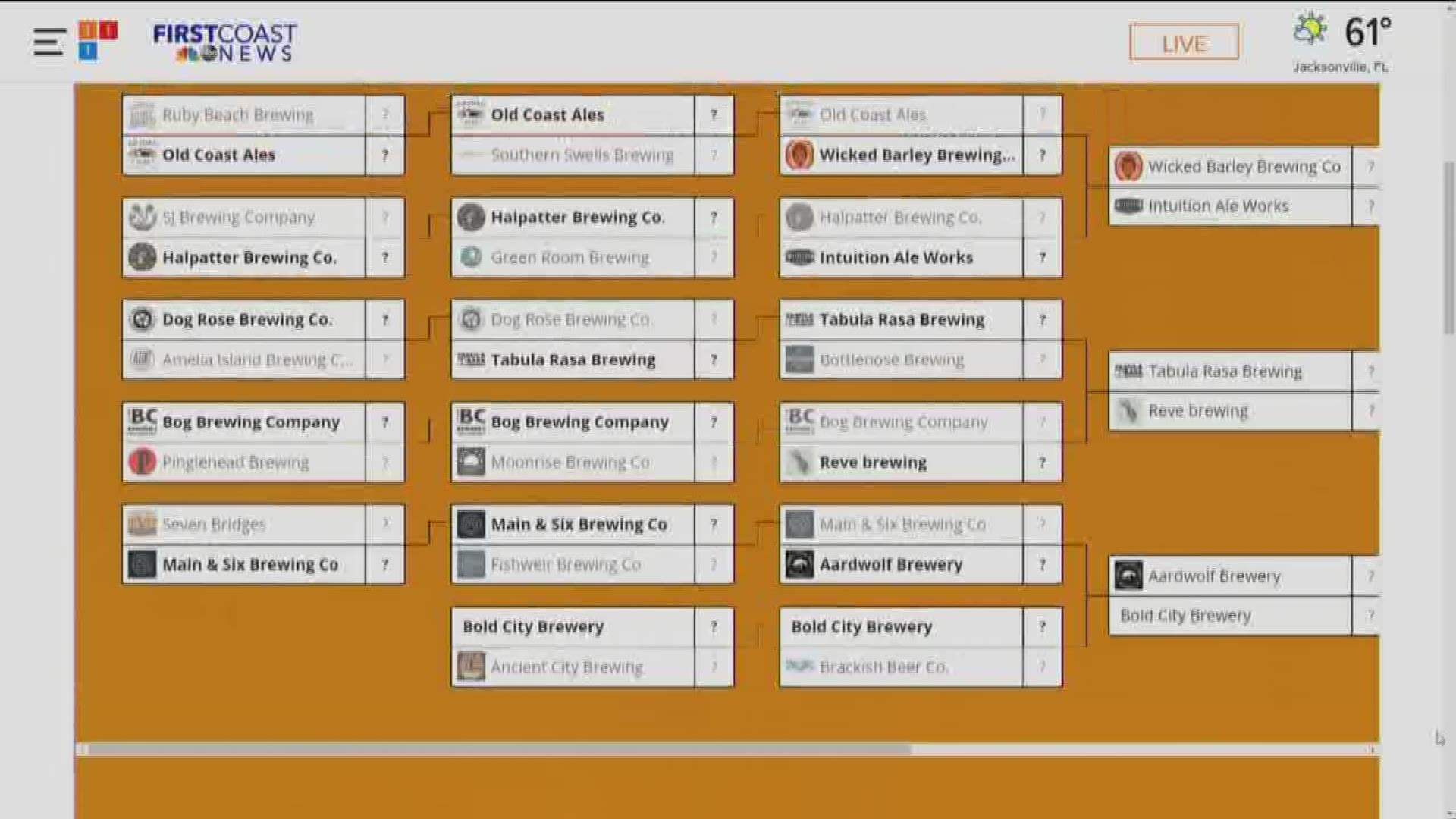 Does your favorite brewery have what it takes? It will be a battle of the brews in the second annual First Coast Breweries Bracket Challenge.

Presented by First Coast Brews, this bracket challenge has squared up 48 of your favorite breweries, taprooms and pubs against each other in a competition to end all competitions.

THE ROUNDS: Each round will run from Monday at 12:01 a.m. to Sunday at 11:59 p.m., starting March 16 and ending on April 10. The final round will be a bit different as it will be shorter than all the other weeks. On that Friday, voting will end at 5 p.m. with a winner announced at a special announcement party.

Vote early and often for your favorite brewery and share the link to help rally voters. You can vote once per day.

Wildcard: Town Beer Company (Will face one of the winners of Round 1)

Then why even do a bracket?

Last year there were some issues with being able to vote multiple times a day, how will it be different this year?

What does the winner get?

Who decides how the breweries are matched up?

This bracket is unfair! I don't like the matchups, it's totally biased and you guys are the worst.