It's a first for MaliVai Washington Youth Foundation. The rapper known as SNDBOY is teaching a teen summer camp class on lyrical expression. 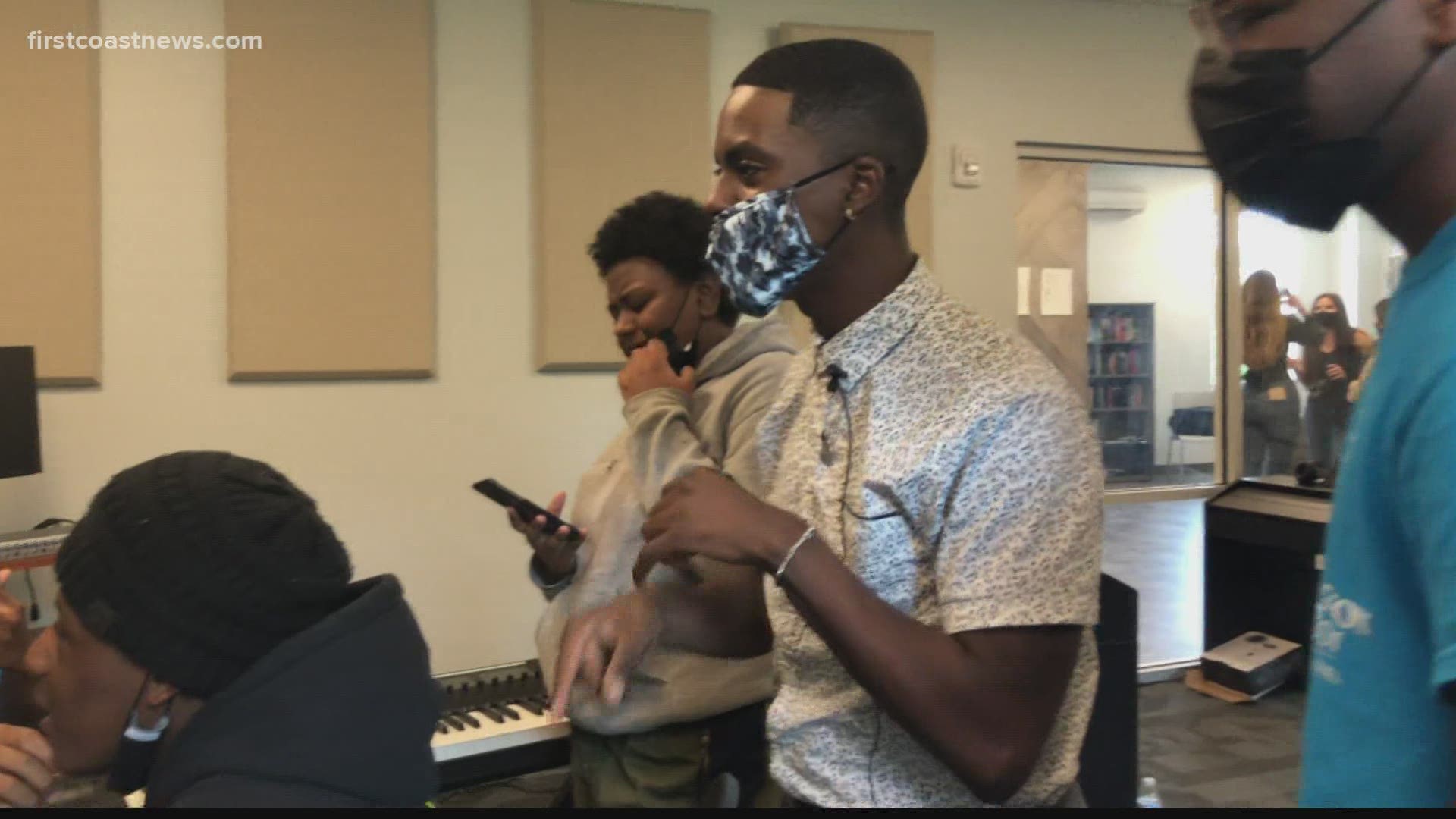 JACKSONVILLE, Fla — The sound of music is the sound of healing for Robert Young-Drake, also known as SNDBOY (pronounced "sound boy").

His struggle with depression began in 2015.

"I dropped out of FAMU," Young-Drake said. "I became depressed because I was at a crossroads between deciding to do academia and deciding to become an artist full time.”

He went through his struggle silently, but he’s not silent anymore. Young-Drake is teaching teens at the MaliVai Washington Youth Foundation how to work through their challenges using music.

The camp is located in the 32209 ZIP code. MaliVai Washington Youth staff says this ZIP code has the highest rate of poverty and children living in poverty in Jacksonville.

Mental Health America’s 2020 data found about 13% of teens 12 to 17 reported suffering from at least one major depressive episode in the past year. A simple online search will show you the numbers for depression, anxiety and suicide are on the rise especially with teens in America.

The goal with this camp is to get these teens inside the safe four walls and get them to open up. Young-Drake learns about their life and struggles in his lyrical expression course and helps them use that to write, record and produce a song.

“I use their testimonies and ideas and what they see in their daily lives as a topic and inspiration for them to come up with content. Creative content that tells their story in their own way," Young-Drake said.

Teens at MaliVai Washington Youth Foundation are in a lyrical expression course for summer camp. A local rapper teaches the course & is touching on music and mental health.

“When it comes to mental health, I typically feel as if it’s a journey everyone faces," Young-Drake said. "With my particular journey with mental health has been one that music has helped immensely with.”

He found his rhyme and reason, and he’s teaching others how to find theirs, too.