Nick Padlo's goal is to help others in the community who have been affected by depression, anxiety, PTSD, alcohol, and drugs. 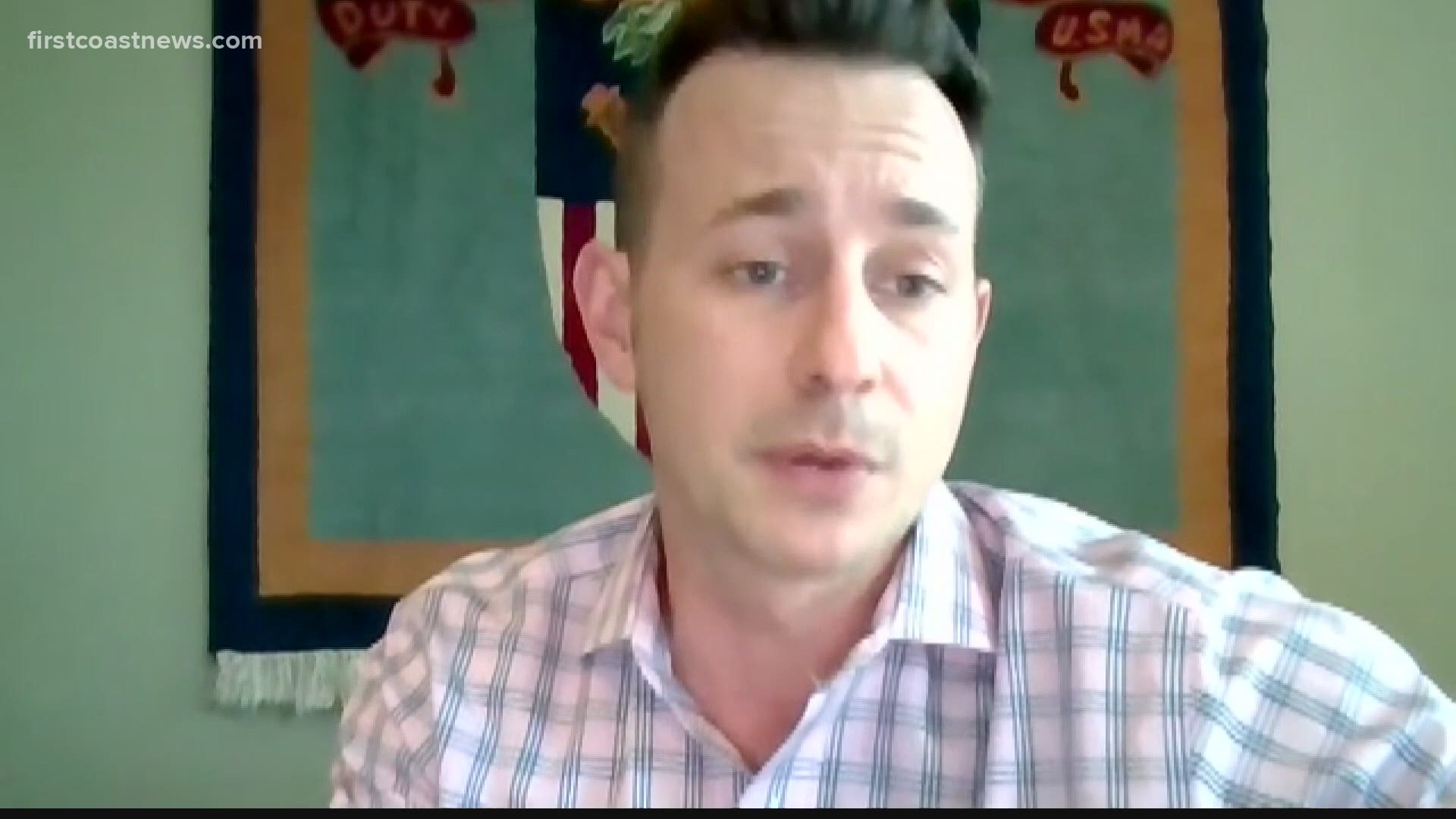 JACKSONVILLE, Fla. — A new treatment program coming to Jacksonville offers specialized care for people recovering from substance use and other behavioral health disorders. Its primary focus is on veterans.

Sophros Recovery was started by Jacksonville native and Army veteran, Nick Padlo, who graduated from West Point and was deployed to Iraq and Afghanistan. He's a two-time combat veteran.  After his time in the service, he was a successful businessman. But, struggled behind the scenes.

"Behind what appeared to be a successful business, I was really struggling myself with alcohol use, depression, and anxiety," Nick Padlo said.

Padlo returned to Jacksonville right before the pandemic with the goal of helping others in the community who have been affected by depression, anxiety, PTSD, alcohol, and drugs.

"When I think about the mental health crisis that we're going through in America right now, veteran suicides are 50 percent greater than the risk of the average population. I've personally lost two friends in 2021 to suicide already. So, to me, it indicates two things, one, that veterans are struggling with PTSD, with trauma, with substance abuse, and also that we're not getting help."

Padlo is launching Sophros Recovery in September, and he says people will be able to get the help that they need. It'll be located on St. John's Bluff between Beach and Atlantic. He says it will be an intensive outpatient treatment with four components.

"The first is therapy, both group and individual therapy, as well as family therapy," he says. "The second is medical treatment from our doctor and our nursing team. The third is what we call life skills, which is really case management and making sure that all the things in your life are in the right place in order to have the condition set for success and recovery. Finally, is alumni support, and we will have 12 months of ongoing alumni peer support."

For more information about the program, including opening dates and treatment services, click here.