All I-95 southbound lanes reopened after deadly crash in St. Johns County

According to the Florida Highway Patrol, a 63-year-old woman died in the crash after being ejected from the SUV she was driving. 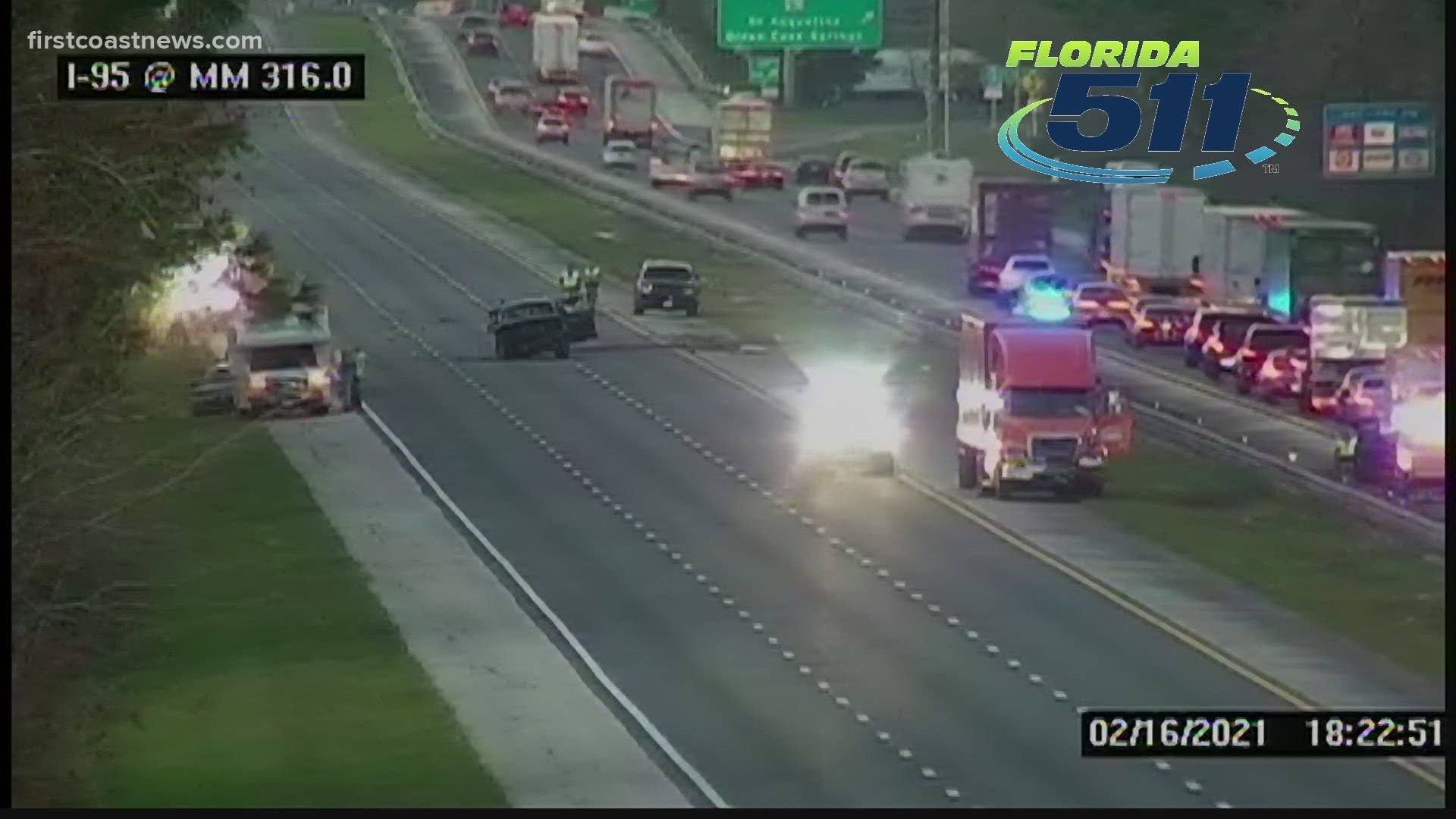 ST. AUGUSTINE, Fla. — All lanes on I-95 near State Road 16 have reopened after a deadly crash shut traffic down for several hours.

According to the Florida Highway Patrol, a 18-wheeler was traveling south on I-95 in the center lane and rear ended an SUV.

The driver of the SUV, identified as a 63-year-old woman, lost control of the vehicle, which struck the guardrail in the center median. The force of the impact caused the woman to be ejected from the SUV.

The woman was later pronounced dead at the hospital.

The driver of the 18-wheeler, identified as a 46-year-old man, went to the hospital with minor injuries.

The crash shutdown all southbound traffic on I-95 in the area for several hours while the FHP investigated the crash and cleared the scene. All lanes of I-95 have since reopened.

The crash remains under investigation. Anyone who saw the crash is asked to call the Florida Highway Patrol at 904-695-4000.

All 3 southbound lanes on 95 near mile marker 318 are closed due to a serious traffic crash with injuries.

Traffic is being rerouted to State Road 16. If possible, it is advised to take an alternate route. pic.twitter.com/g348D7kdgG