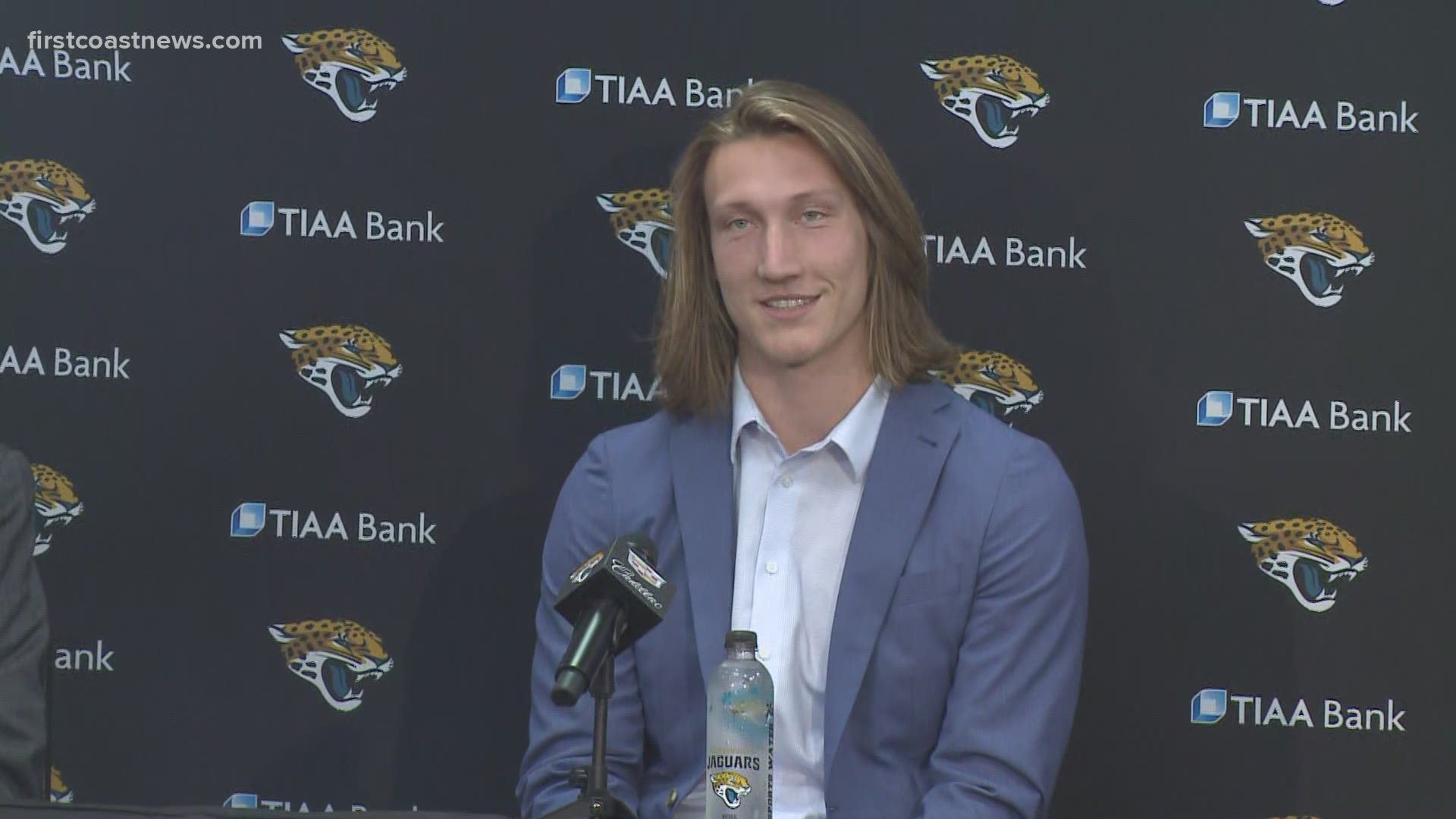 JACKSONVILLE, Fla. — Applause and cheers greeted Trevor and Marissa Lawrence as they arrived for the very first time at TIAA Bank Field exactly one week ago.

Trevor Lawrence was drafted in the first round by the Jacksonville Jaguars in the 2021 NFL Draft that previous night.

Now, the team has released Trevor Lawrence's first official photo in the Jaguar's uniform. The series of photos were posted on both Facebook and Twitter on Thursday evening.

Not 'shopped. This is 𝗿𝗲𝗮𝗹.@Trevorlawrencee | #DUUUVAL

Long regarded as the best quarterback prospect since Andrew Luck (2012), William Trevor Lawrence is headed to Duval County. It’s the first of 10 selections the Jaguars own in the 2021 NFL Draft, head coach Urban Meyer’s first at the helm of the team.

Lawrence is the first quarterback selected by the Jaguars in the first round since Blake Bortles in 2014.