Meyer said he's "in a fight to make sure this distraction doesn't affect Sunday's game." 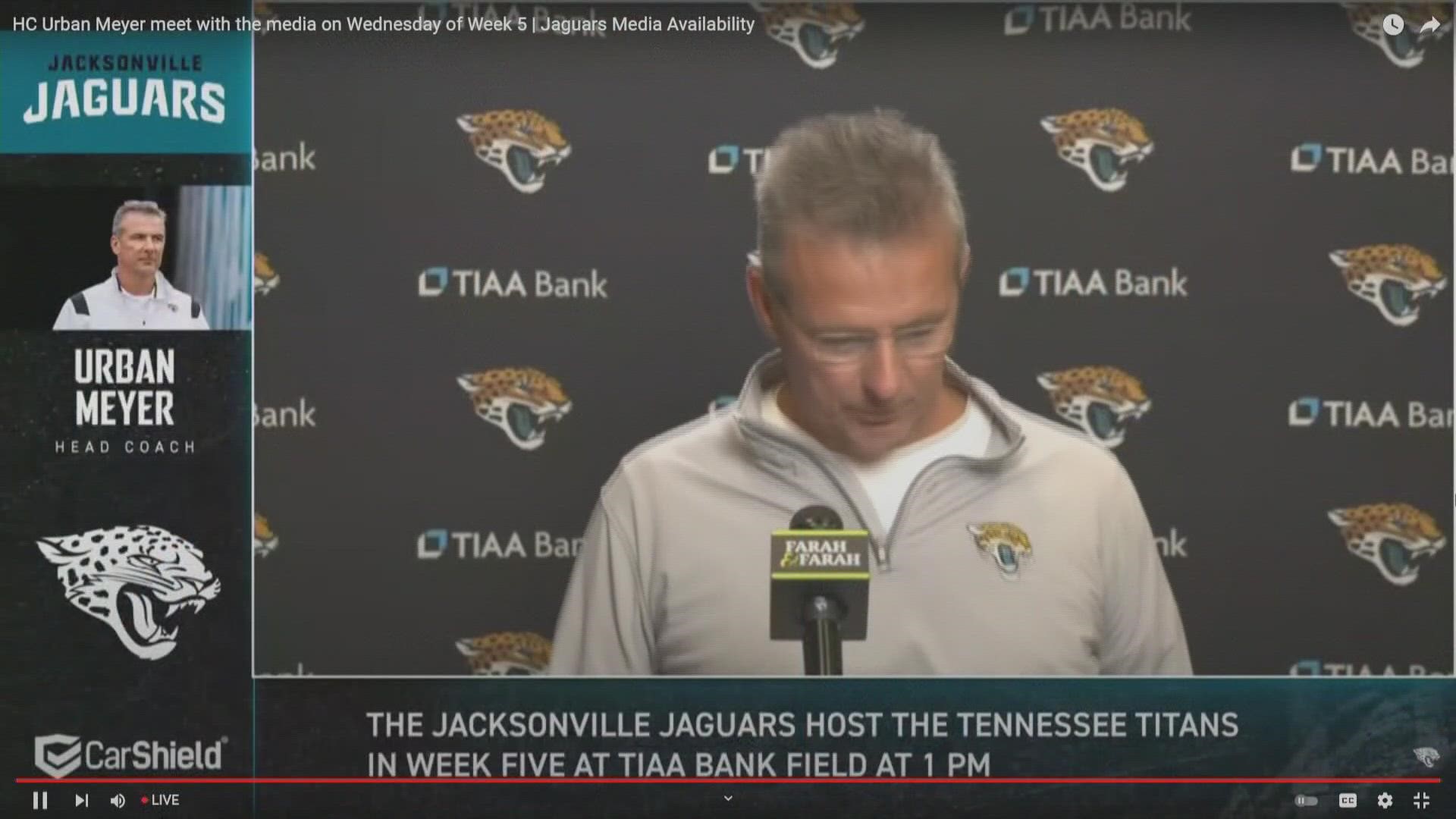 JACKSONVILLE, Fla. — Jaguars Head Coach Urban Meyer issued another apology Wednesday after a video went viral of a young woman dancing on him over the weekend.

During a press conference, Meyer said he’s had multiple conversations with Jaguars owner Shad Khan and said he wasn’t fined by Khan or the NFL.

Meyer began the news conference by issuing another apology and explaining how he owned the "stupid mistake" he made last week.

"I apologize for the distraction with this huge week coming up," Meyer said.

He explained how the job of a coach is the health and safety of a player, to motivate them and bring out the greatness in them, and to give them everything possible to be successful.

Following the team's Thursday night loss, Meyer did not take the team flight back and instead stayed in Ohio to visit family.

Meyer said he ended up going out to dinner and there was a group next to the restaurant he was eating at who wanted him to come over and take photos and he did.

He said they were, "trying to pull him out on the dance floor, screwing around, and I should have left."

A video surfaced Saturday showing Meyer sitting in a bar/restaurant while a woman was seen dancing up to him.

Meyer said he spoke with General Manager Trent Baalke about not taking the flight back from Cincinnati “way in advance."

“I thought at the time this was a chance for everybody to clear their head — including myself, with my family located where they are," he said.

After owning his part in the incident, Meyer said "It's my responsibility to earn their trust back as their leader."

During the press conference, he spoke to how supportive the players were and explained how a common response was "coach, we all made mistakes."

When Meyer met with team captains, their message to him was “We got ya, man, we’re moving forward."

Towards the end of the press conference, Meyer spoke directly to the 904. He explained his admiration for Khan and issued a personal apology to fans.

"Jacksonville I know very well. I know our fans have been hanging in there and I apologize to them and I want to make that perfectly clear," he said.

While this incident may have brought some backlash and distraction to the team, Meyer said he never considered resigning.

Instead, he's looking forward and "in a fight to make sure this distraction doesn't affect Sunday's game."

Meyer also said other football teams have reached out in support.

When it comes to his personal life and family, they have also been impacted following the viral video. Meyer said he has been with his wife for 37 years.

"It's been awesome. I'm not going to let this speed bump get in the way." 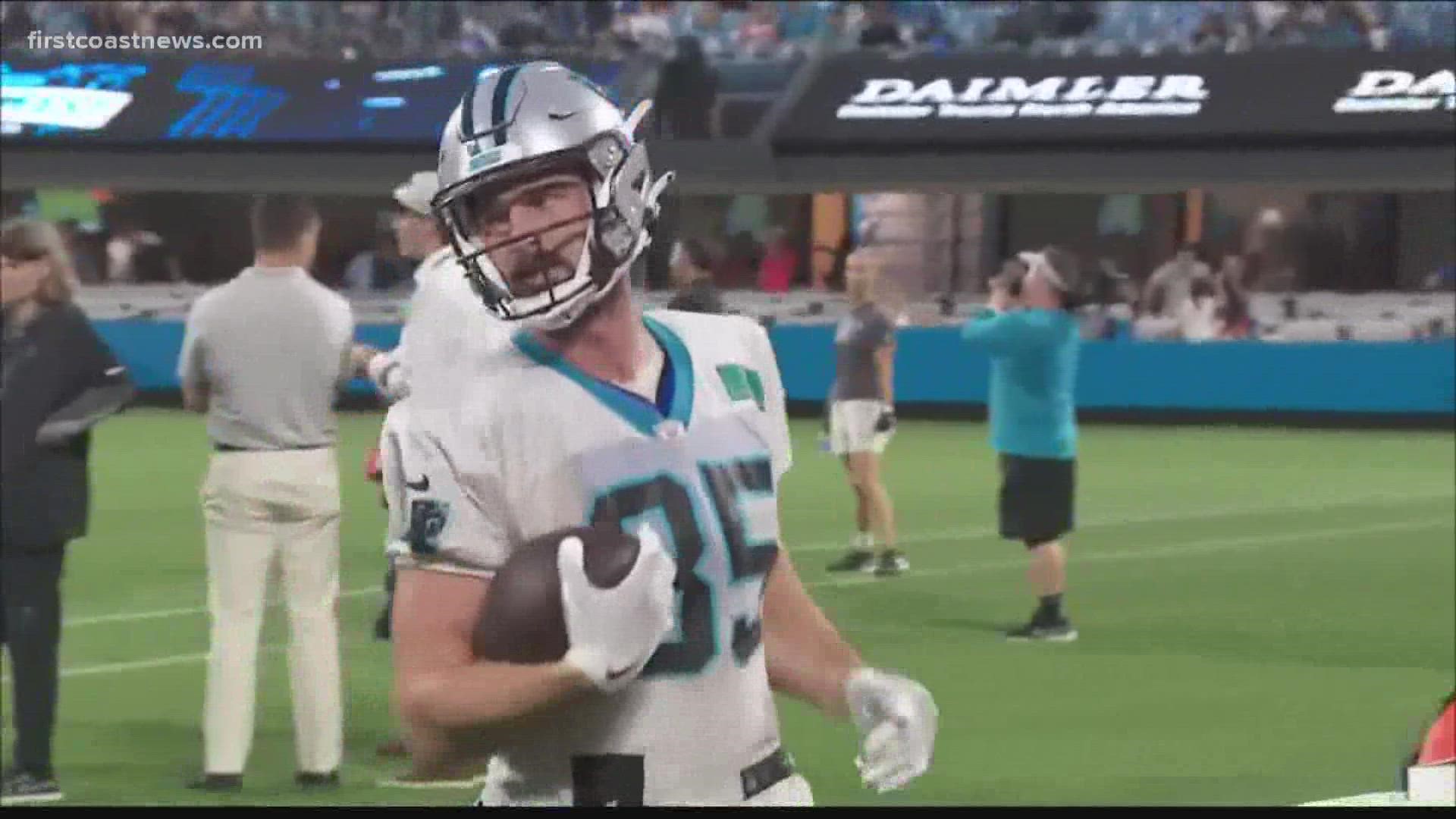