The Jaguars are currently 0-4 after a heartbreaking 24-21 loss to Cincinnati Thursday night. 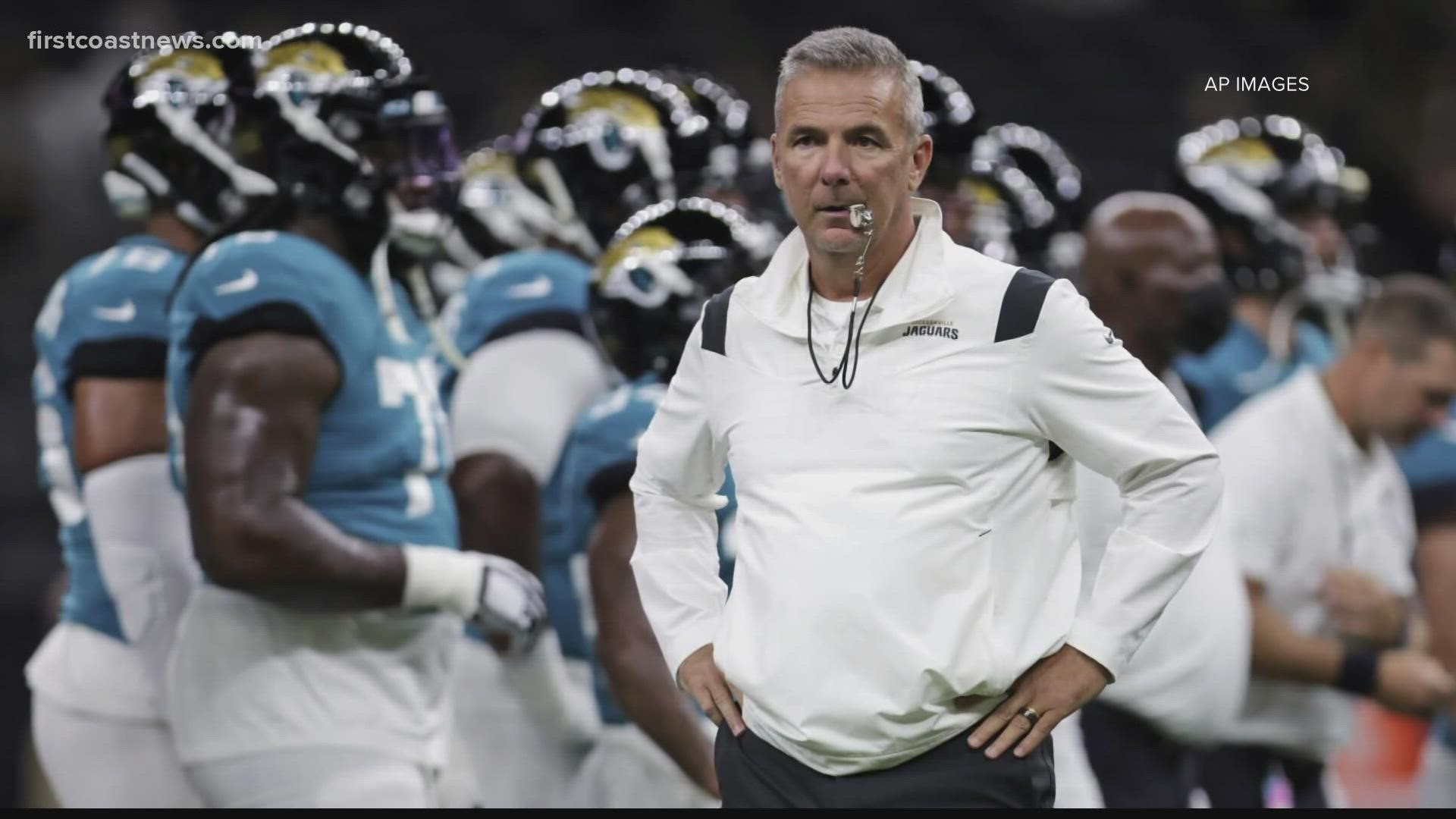 A video surfaced Saturday that appears to be Jaguars head coach Urban Meyer sitting in a bar/restaurant while a woman, who does not appear to be his wife, was seen dancing up to him.

It's unclear if the video was taken this weekend. The Jaguars played in Cincinnati on Thursday night against the Bengals and it is not known if Meyer accompanied the team back to Jacksonville after their 24-21 loss or stayed behind in Ohio, his home state.

Because of the Thursday night game, the Jaguars players had the weekend off with their next practice not scheduled until Monday.

Jaguars not issuing a statement or clarification

However, Meyer did a virtual call with the Jacksonville media on Friday afternoon. An official with the Jaguars said on Sunday morning they are not issuing a statement or clarification on the timeline regarding the video. Meyer has his normal news conference scheduled for Monday morning.

Meyer appeared to be emotionally drained Thursday night after watching his team blow a 14-0 halftime lead to lose their fourth consecutive game to start the season. After the game, Meyer's eyes were bloodshot red, and he slammed his fist on the podium and said, 'Gosh,' after he was told his offensive unit didn't turn the ball over for the first time in four games but they still lost.

Also, the Jaguars lost their top returning receiver, DJ Chark, for significant time when he suffered a broken ankle on the third play of the game. Adding to the franchise's woes, the Jaguars have lost 19 consecutive games since last season and are just seven losses away from tying the 1976-77 Tampa Bay Buccaneers' 26-game losing streak, the longest in NFL history.

Nothing like a Thursday night game and the weekend off https://t.co/aQ309zRLQ2

Once the videos of Meyer in the bar/restaurant was posted on Twitter Saturday, there were widespread reactions on Twitter. ESPN analyst Booger McFarland reacted on Twitter, posting --- 'Nothing like a Thursday night game and the weekend off.'

He's working hard to stay off of the cameras. So hard that he couldn't stand up to walk away... pic.twitter.com/ZYJxqr5WXf

Meyer's wife, Shelley, posted a picture of her babysitting and a wrote ''Buddy Deserved a Night Out.''

The start of the Meyer era has not been anything like what was expected. However, expectations were probably too high considering the franchise went 1-15 last season, and the roster lacks quality depth at several positions.

No. 1 overall pick Trevor Lawrence is going through the expected growing pains as a rookie starting quarterback with seven interceptions and two lost fumbles after four games.

However, he's coming off his best effort of the season during Thursday night's  24-21 loss to the Bengals, passing for 204 yards and having eight carries for 36 yards, including a 7-yard run for a touchdown.

It doesn't get easier for the Jaguars as they will host the Tennessee Titans next Sunday at TIAA Bank Field.  Tennessee went into Sunday's game against the New York Jets leading the AFC South with a 2-1 record . Titans running back Derrick Henry, a Yulee native, is the NFL's leading rusher with 353 yards. 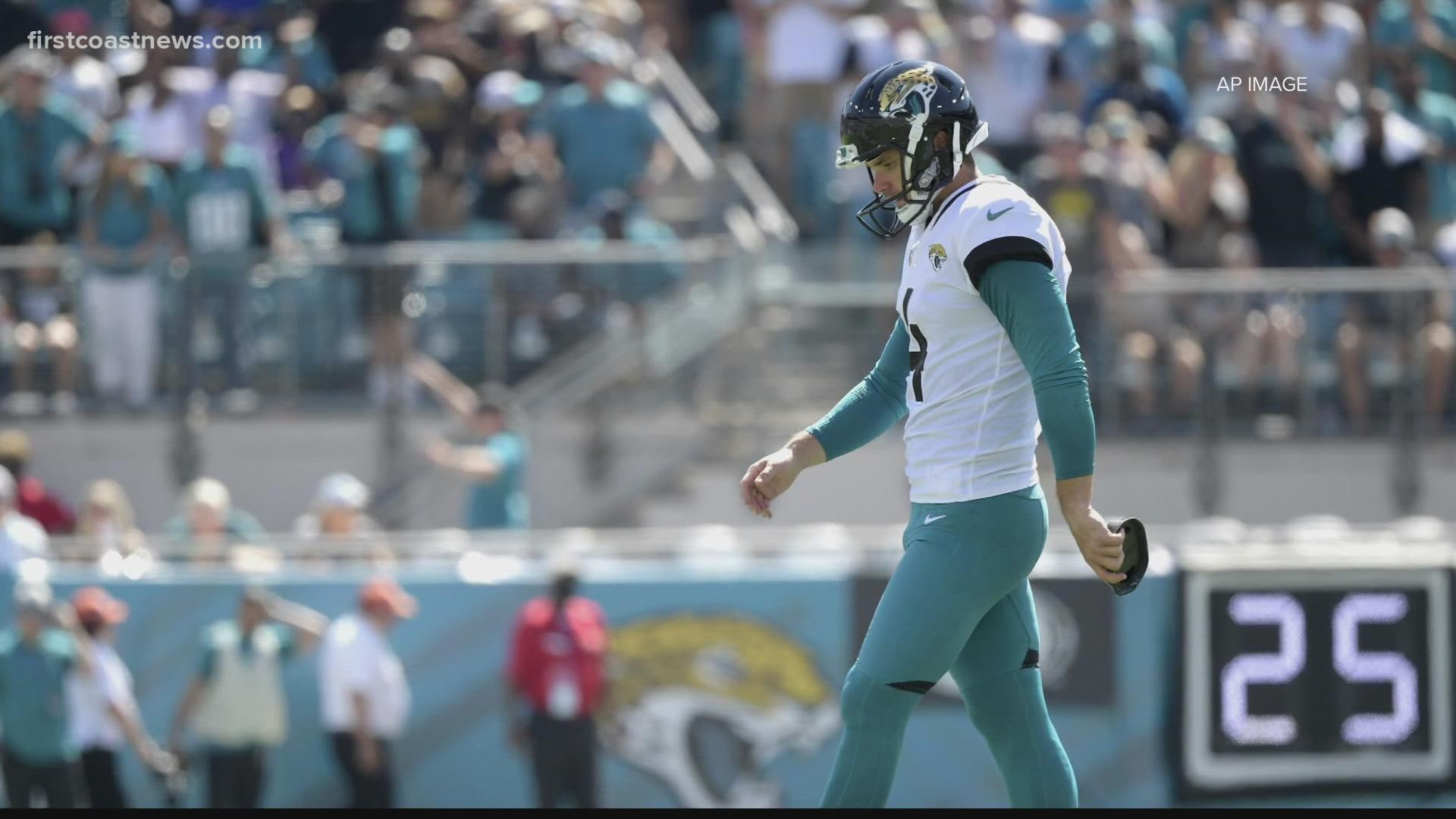