During a news conference Monday, Meyer said a group was "trying to pull me out on the dance floor ... and I should have left." 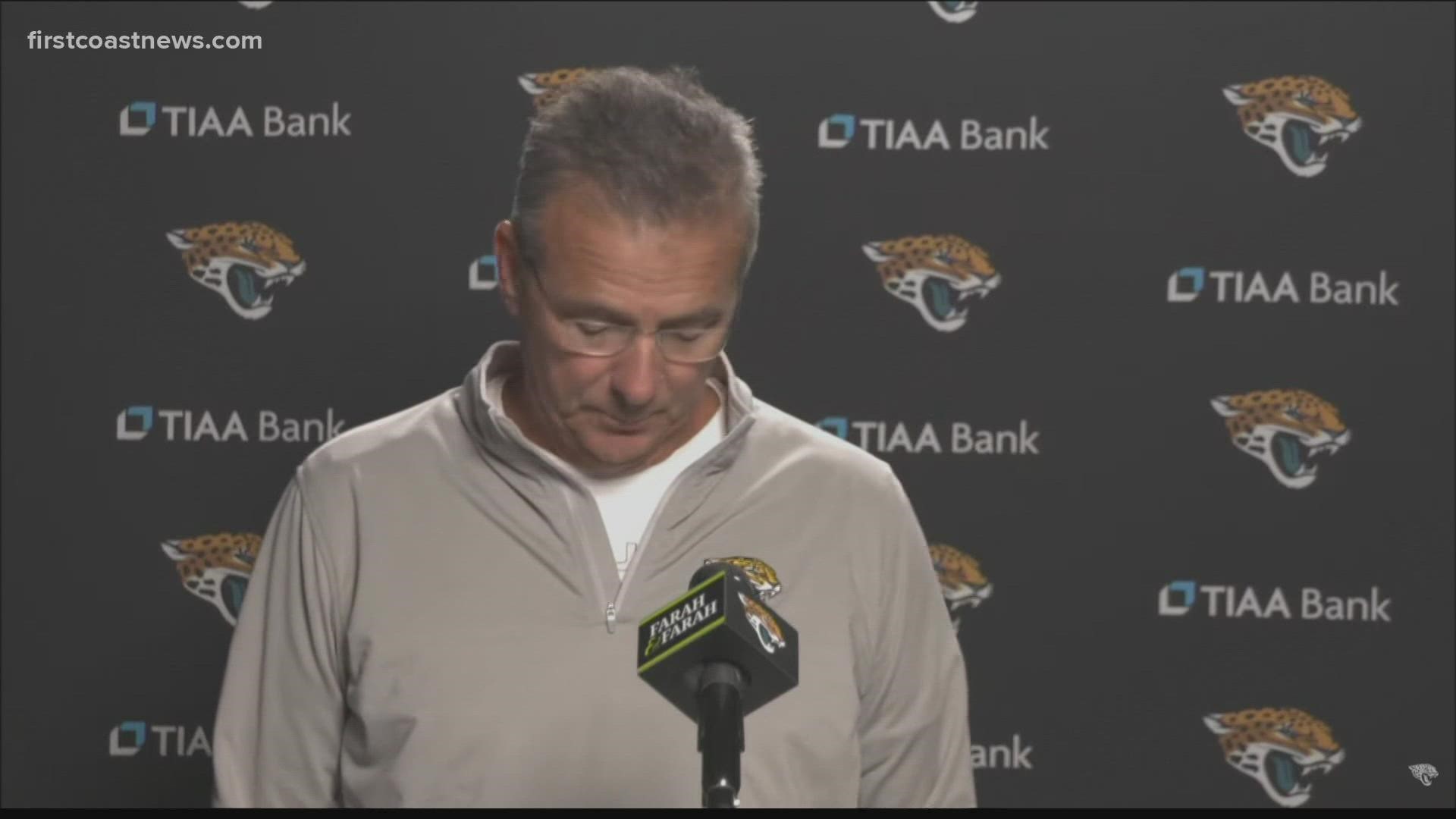 Jaguars Head Coach Urban Meyer apologized Monday after a video went viral of a young woman dancing on him over the weekend.

During a news conference, Meyer said that following the team's Thursday night loss, he did not take the team flight back and instead stayed in Ohio to visit family.

Meyer said he ended up going out to dinner and there was a group next to the restaurant he was eating at who wanted him to come over and take photos and he did.

A video surfaced Saturday showing Meyer sitting in a bar/restaurant while a woman was seen dancing up to him.

He said they were, "trying to pull him out on the dance floor, screwing around, and I should have left."

He has since addressed the situation with team leaders and players, Meyer said during the news conference.

When asked about how his family felt about the situation, Meyer said they were also upset. "I apologized to them," he said.

Meyer went on to say that team owner Shad Khan and General Manager Trent Baalke were both very supportive about the whole thing.

“I just apologized to the team and staff for being a distraction… it’s stupid. I need to own it. I should not have my team in that position” #Jaguars | @FCN2go pic.twitter.com/0ZAgoFaslb 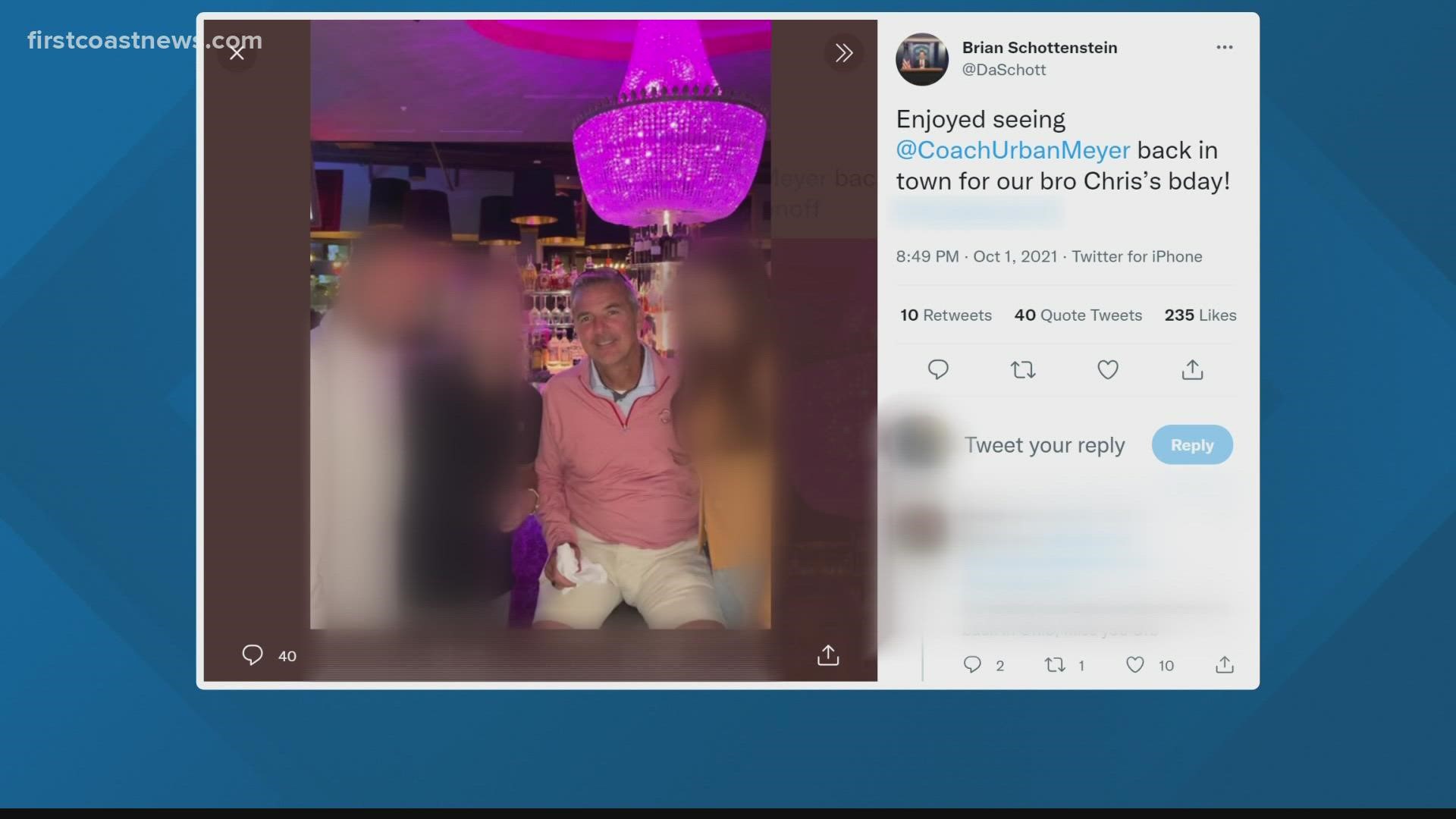