The race to be St. Johns County's next sheriff gets heated, but who are the candidates?

A debate between candidates vying to be St. Johns County's next sheriff abruptly ended Wednesday bringing more attention to the race. But who are the candidates? 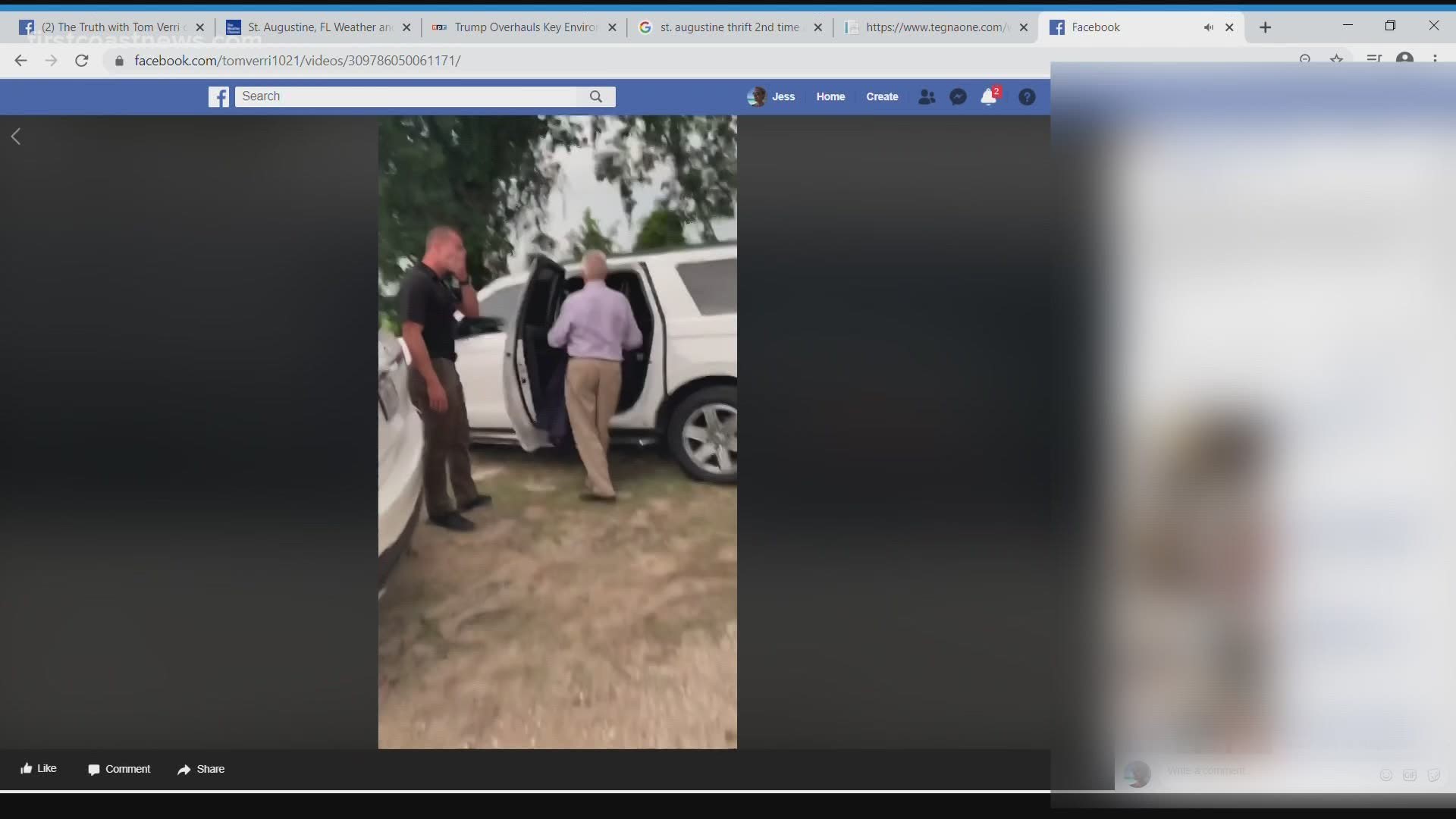 ST. AUGUSTINE, Fla — There will be a new sheriff in town - at least in St. Johns County after this year’s elections.

Chris Strickland and Robert Hardwick are the leading candidates. Both are Republicans. Mark Boutwell is a write-in candidate. He has raised no money, according to the Office of Elections and there's little information about him online.

The person elected will replace outgoing Sheriff David Shoar, who has been sheriff since 2004.

Boutwell's presence added a significant twist to the race. He essentially closed the primary race to only registered Republican voters. Had there not been a write-in, all voters would have been able to choose between Strickland and Hardwick in the August 18 primary.

Now, the winner between the Republican candidates will square off with Boutwell in the general election.

There were some tense moments earlier this week during a debate between Strickland and Hardwick causing the packed event to end abruptly. The controversy has sparked increased interest in the race and the candidates.

The following information was taking from the candidates' websites:

He was selected as chief of the St. Augustine Beach Police Department in 2012. He was previously assistant chief Investigator with the Office of the State Attorney 7th Judicial Circuit, which includes Flagler, Putnam, St. Johns and Volusia counties. With about 26-years in law enforcement, Hardwick also worked at the St. Augustine Police Department, the Flagler County Sheriff’s Office and the Florida Department of Corrections.

He's a veteran of the U.S. Army and Florida Army National Guard with deployments to the Middle East in support of military operations including Operation Desert Storm. He retired in 2018 after 25 years of active service. Hardwick has a Bachelor of Science Degree from Flagler College and a Master of Arts Degree from Barry University.

He has a long history with the St. Johns County Sheriff's Office becoming involved at the age of 14 as a member of the Sheriff’s Explorer Post. Strickland became a field training officer when he was 22 rising through the ranks of detective, sergeant, lieutenant, commander and eventually being named chief. He went on to become the Director of the Office of the Sheriff.

Strickland also served as an instructor at the St. Augustine Law Enforcement Academy for seven years training over 2,000 recruits and in-service personnel. As a member of the Response to Resistance Board and Oral Review Board, he specialized in officer survival, defensive tactics, and firearm instruction. He was also a member of the S.W.A.T. team and served as a member of the Green Halo unit, a street crimes unit that concentrates on high drug areas.

RELATED: Voice 2 Vote: Can independent voters cast a ballot in the Florida primary?