Stories of Service: Matt Jones and his best friend, Dino

After returning from Iraq, Matt Jones says he struggled with PTSD. Panic attacks, depression, and isolation were impacting his relationships and quality of life. 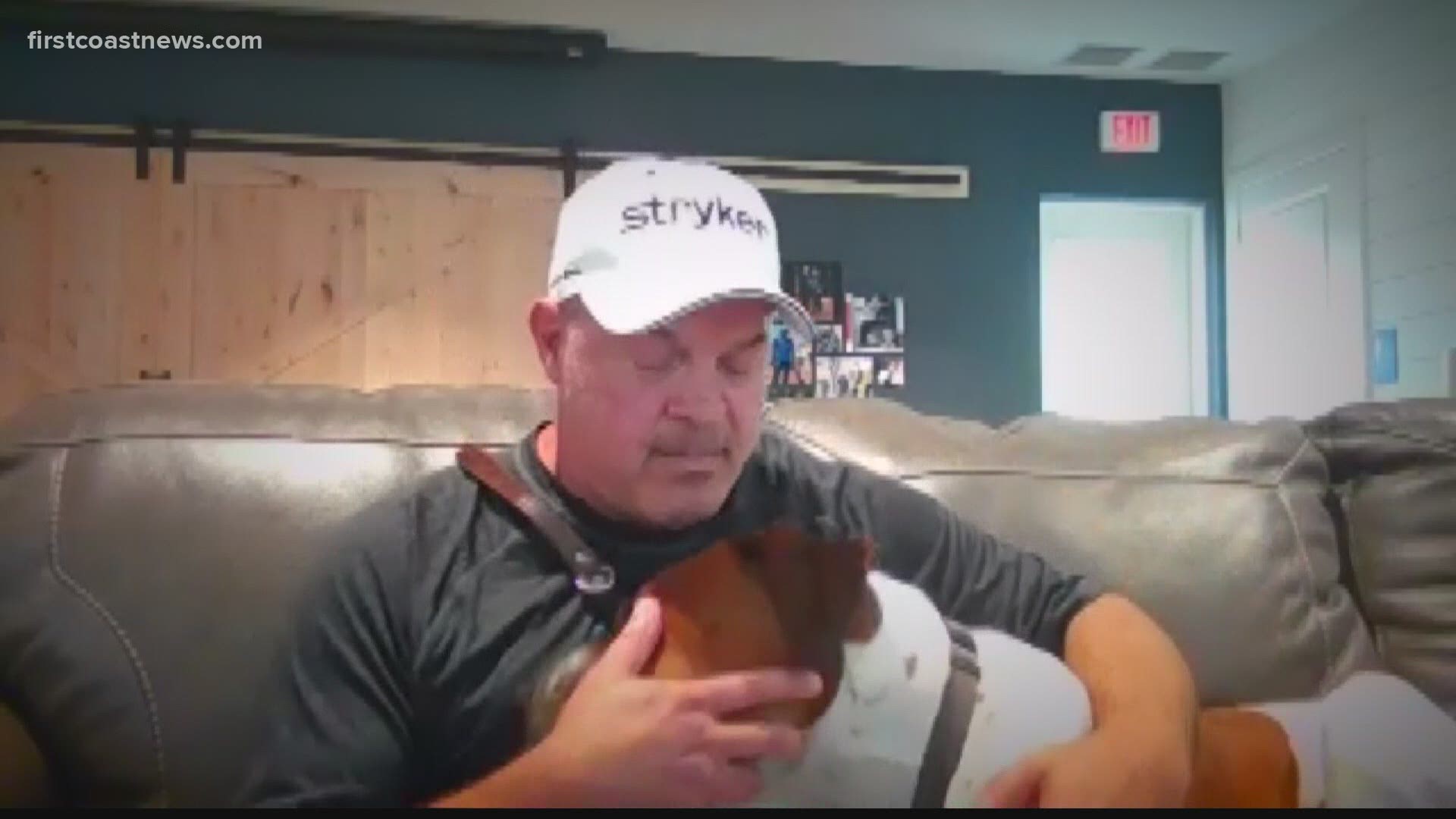 JACKSONVILLE, Fla. — This is the story of Matt Jones and his best friend, Dino. The two united after Jones graduated from the K9s for Warriors program in 2019.

"Sometimes he's just a distraction for me to be able to avoid whatever I'm going through," Matt Jones said.

Jones is an Army veteran, who served 17 years as an armed reconnaissance helicopter instructor pilot and tactical operations officer. From 2006 to 2007, he was deployed on a combat tour to Iraq.

"We got there about three months before the big squeeze on Baghdad. So, all the armor and most of the troops went down to Baghdad. The bad guys kind of came up to where we were. It was hot and heavy for a full year while we were in Iraq."

After returning from Iraq, Jones says he struggled with PTSD. Panic attacks, depression, and isolation were impacting his relationships and quality of life. On top of that, he was in a car accident where he suffered a traumatic brain injury.

"I hit a shoulder and hit a tree and flipped a Mustang four times."

Jones says having his dog, Dino, by his side has helped him deal with the effects of his brain injury and PTSD.

"On the day you get your dog, it's nothing you can imagine. They bring you into a room and you guys meet for the first time and it's remarkable."