Competitors ranging in age from 7 to 19 will compete in their signature events, which could include running, field and combined-events. 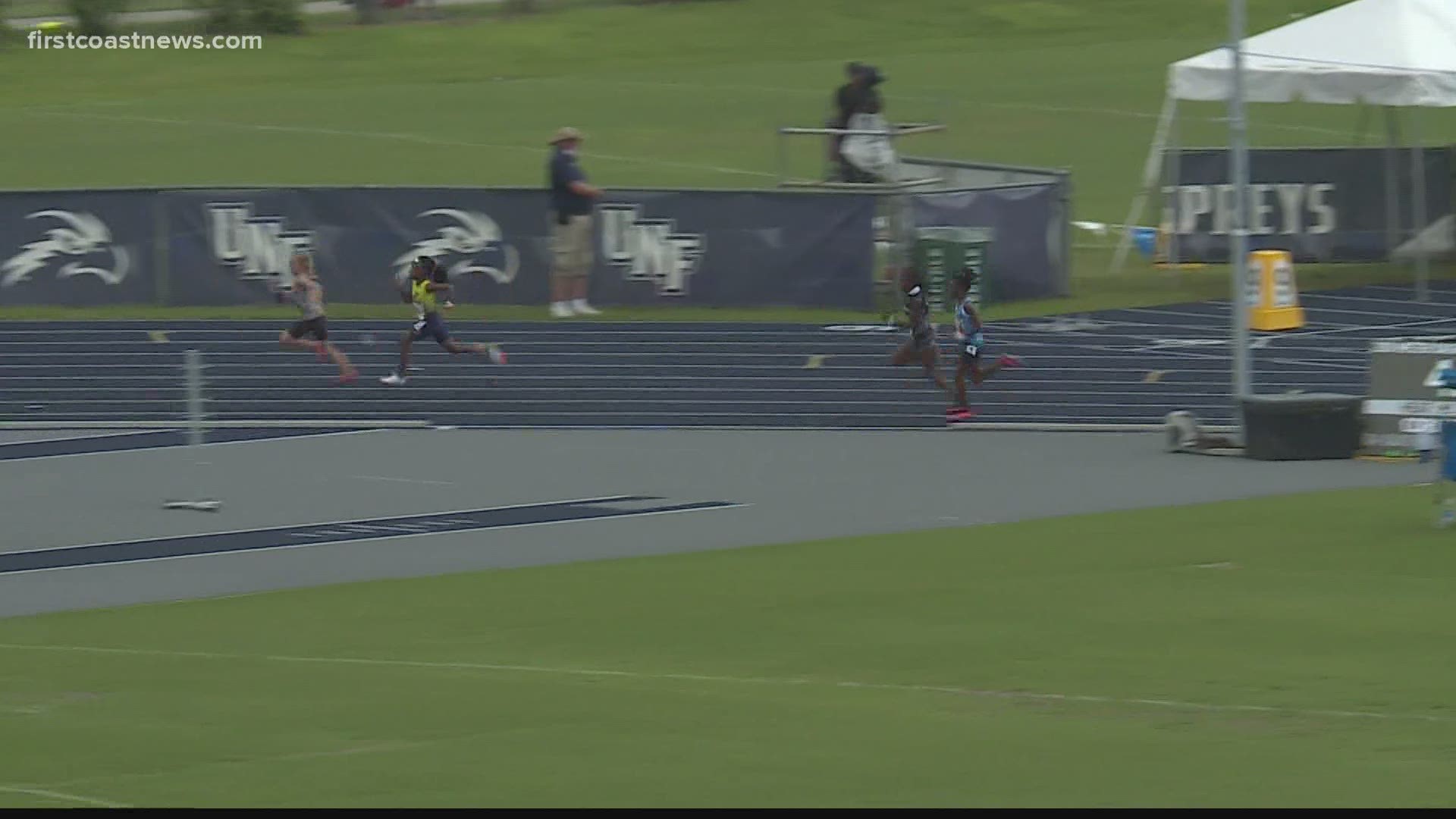 JACKSONVILLE, Fla. — Over 6,000 athletes in Jacksonville will have to participate in daily COVID testing after an outbreak during the 2021 USA Track & Field National Junior Olympics Track & Field Championships, according to USATF officials.

The event takes place this week at Hodges Stadium at the University of North Florida and involves competitors ranging in age from 7 to 19.

The General Counsel of Games said the meet began with a mandatory negative PCR test for all athletes, however, several positive COVID tests surfaced among athletes and coaches. He said they were informed about the positive cases Monday night.

Due to positive COVID tests, event organizers sent out new protocol to participants Monday night requiring anyone on the track to be tested every day.

USATF posted on the event's website Monday night, "USA Track and Field takes athlete and participant safety very seriously. As a result, USATF will continue following the recommendation of its COVID-19 Working Group and will now require on-site, upon arrival, testing for all competitors … independent of vaccination status.”

“I was kind of surprised I was not expecting that [positive cases],” Oscar, an athlete in the event, said.

“I thought everybody was already tested and tested negative, so it makes me a little scared that not everybody is tested correctly," Robert, another athlete in the event, said.

The testing process Tuesday morning took an average of two hours to complete for each individual, those in line said, with some parents and athletes expressing frustration over the long lines. An official said they couldn't get testing machines there fast enough, creating a backlog.

“We got here at eight o'clock and have been in line for more than two and a half hours," parent Laura Mitchell said. "There's a lot of misinformation going back and forth from USATF to the coaches."

”We want to see everything," grandparent Marie Barnett said. "It’s a special event. It’s not something that happens every day, so we take it seriously and I think they should update the way they handle things when they host an event like this."

“To have athletes stand out here and then expect them to run in events is just absolutely ludacris," grandparent Kathy Sanford said.

Those who test positive for COVID-19 are automatically removed from games, officials said.

Line at @usatf Junior Olympics at UNF to get COVID tested. Parents tell me they’ve waited up to 2 hours. Official says last night changed protocols requiring anyone on track to get COVID test every day after notified of several positive cases last night. More on @FCN2go at 11:30 pic.twitter.com/HMFUWRq05M

The Chief Medical Officer for the event said if the positive tests exceed a certain number then they will have to cancel the whole event.

First Coast News has repeatedly asked event organizers for a report of the number of positive tests so far, and what the threshold is to cancel the games. We are still waiting to hear back.

USATF said it also has other COVID protocols in place, like social distancing … and mask wearing inside and in crowded outdoor spaces. An official said they're trying to organize times for groups to get tested in time slots so people don't have to wait in long lines. He said they'll provide updates on their website.

During the meet, competitors will compete in their signature events, which could include running, field and combined-events including the triathlon, pentathlon, heptathlon and decathlon.

Event organizers say the athletes represent all 50 states and has an estimated economic impact of over $11 million for the Jacksonville community.

This is the second time Jacksonville has hosted this national event, the first was in 2015.