Restaurants and bars did their part by offering drink specials and 'Mooney' menu items all evening Monday, where the proceeds will go to help her family. 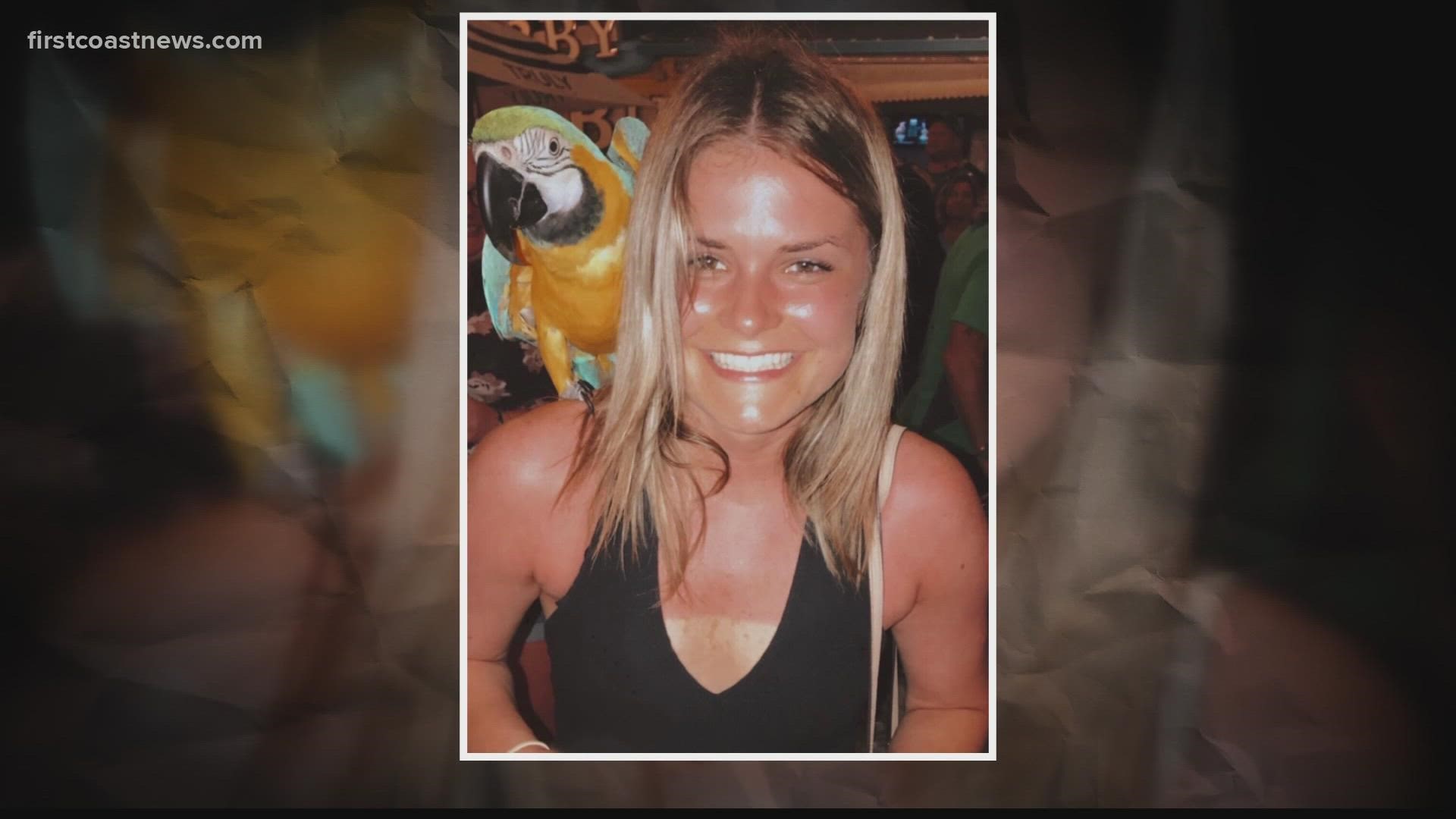 JACKSONVILLE BEACH, Fla. — The Jacksonville community is mourning after a University of North Florida student and beloved member of the hospitality industry died in a car crash early Saturday morning.

The Florida Highway Patrol says Megan Mooney, 22, died after getting T-boned on U.S. Highway 1 and Gran Bay Parkway by another vehicle around 3 a.m.

“Immediate reaction was that I was numb," Collin Stephens, Mooney's best friend explained. "It’s still hard to believe, but I know this is a real thing. It’s been a tough 48 hours."

Stephens told First Coast News that she worked as a bouncer at The Surfer Bar, was a cashier at Publix and was also a member of the Delta Gamma women's fraternity at UNF.

“Her smile, Megan was the brightest person in any room," Stephens said. “She cared, not a lot of people do now-a-days.”

On Monday morning, friends and family gathered to celebrate Mooney's life with a volleyball tournament in front of the Casa Marina hotel.

Hundreds also met later that evening for a memorial on the beach in front of Surfer the Bar. Fireworks, candles and lanterns lit up the sky for the Mooney.

All money raised during the volleyball tournament will go to help her family. Nearby restaurants and bars also did their part by offering drink specials and 'Mooney' menu items. Others have put up signs, reading “Rest in peace Megan” and “You will be missed.”

“I know she touched people, even to the point of those who’ve never met her, and it shows," Stephens said.

The fundraisers Monday and the @LoveYouToTheMoons Venmo account have already raised more than $13,000 for the Mooney family. Stephens says the hope is to raise $35,000 by Friday to cover funeral expenses.

Friends of Mooney took to Facebook to remember and reflect on her life and legacy.

"Rest In Peace Megan Mooney," writes Kendal Klein. "You were the absolute life of the party and a friend to everyone. You will be missed so so much. Until we meet again my friend, I love you forever."

"Rest In Peace Megan Mooney you were such a light in the world and I am so grateful I had the opportunity to have you as a friend and teammate..." writes Savannah Long.

"Live life to the fullest...stop holding back on things you want to do because your money is tight or you don’t have the time," writes Kadi Alise Potter. "I’ll see you in another life Megan Mooney."

All over Jax Beach today you see Megan Mooney’s name. The UNF senior and beloved bouncer at ⁦⁦@SurferTheBar⁩ died this weekend in a car crash.

At least $13,000 has already been raised for her family following the tragic accident. ⁦@FCN2go⁩ pic.twitter.com/jovlNF6Hxp