The crash happened at about 2:30 a.m. at the intersection of US 1 and Gran Bay Parkway. 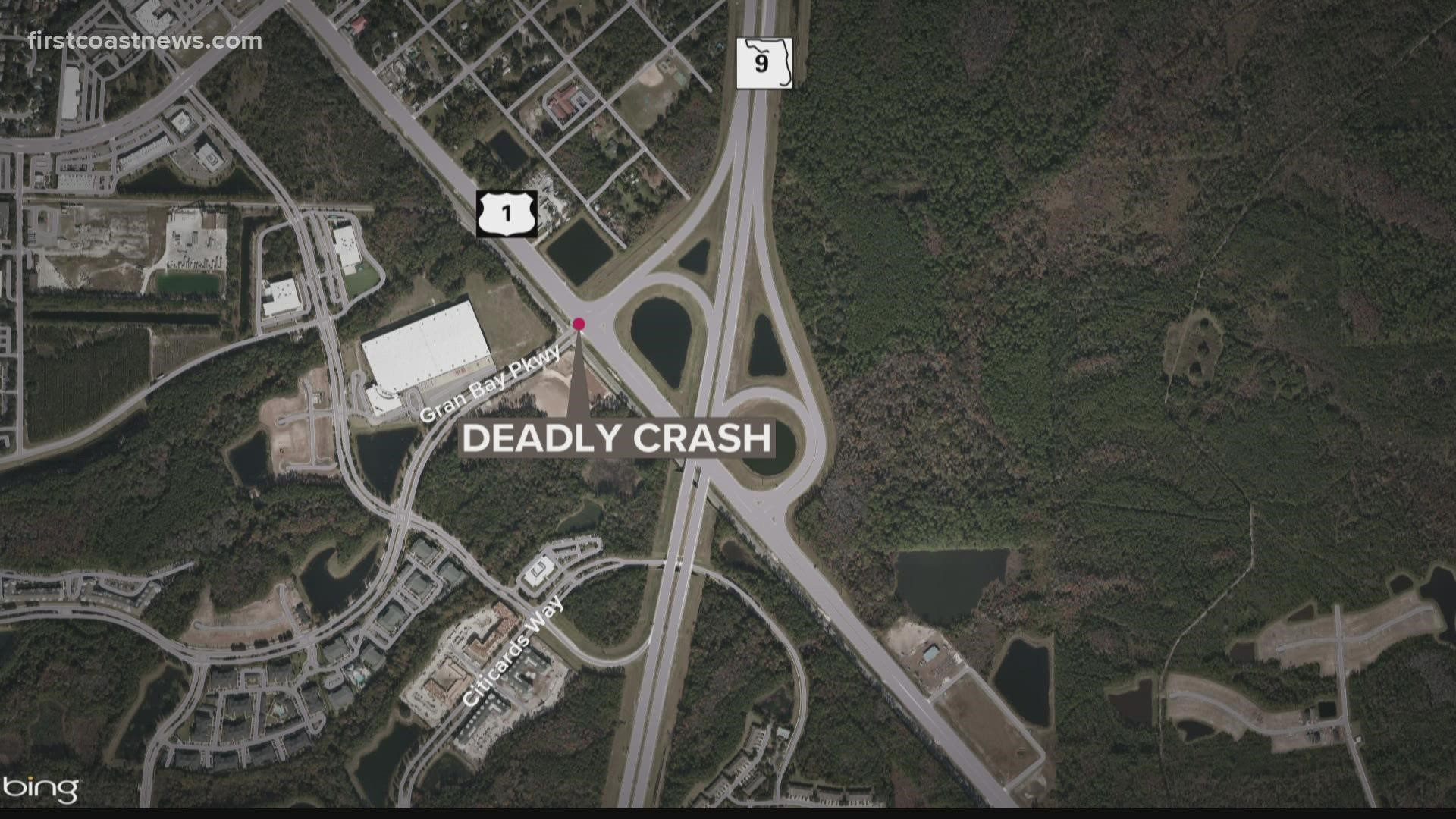 JACKSONVILLE, Fla — A woman is dead and two others were injured in a three-vehicle crash early Saturday morning in Jacksonville's Bayard area.

The car driven by the 60-year-old man hit the left side of the other sedan while the car was making a left turn, FHP said. The 60-year-old man's car also hit a third sedan, also turning onto US 1.

All three vehicles blocked the intersection after the crash.

First responders took the 22-year-old woman to the hospital where she later died, FHP said. The 60-year-old man received serious injuries from the crash.

The driver and passenger in the third vehicle, a 19 and 20-year-old female, both received minor injuries.