Mayport Naval ship takes off to Spain, 300 onboard not tested for coronavirus 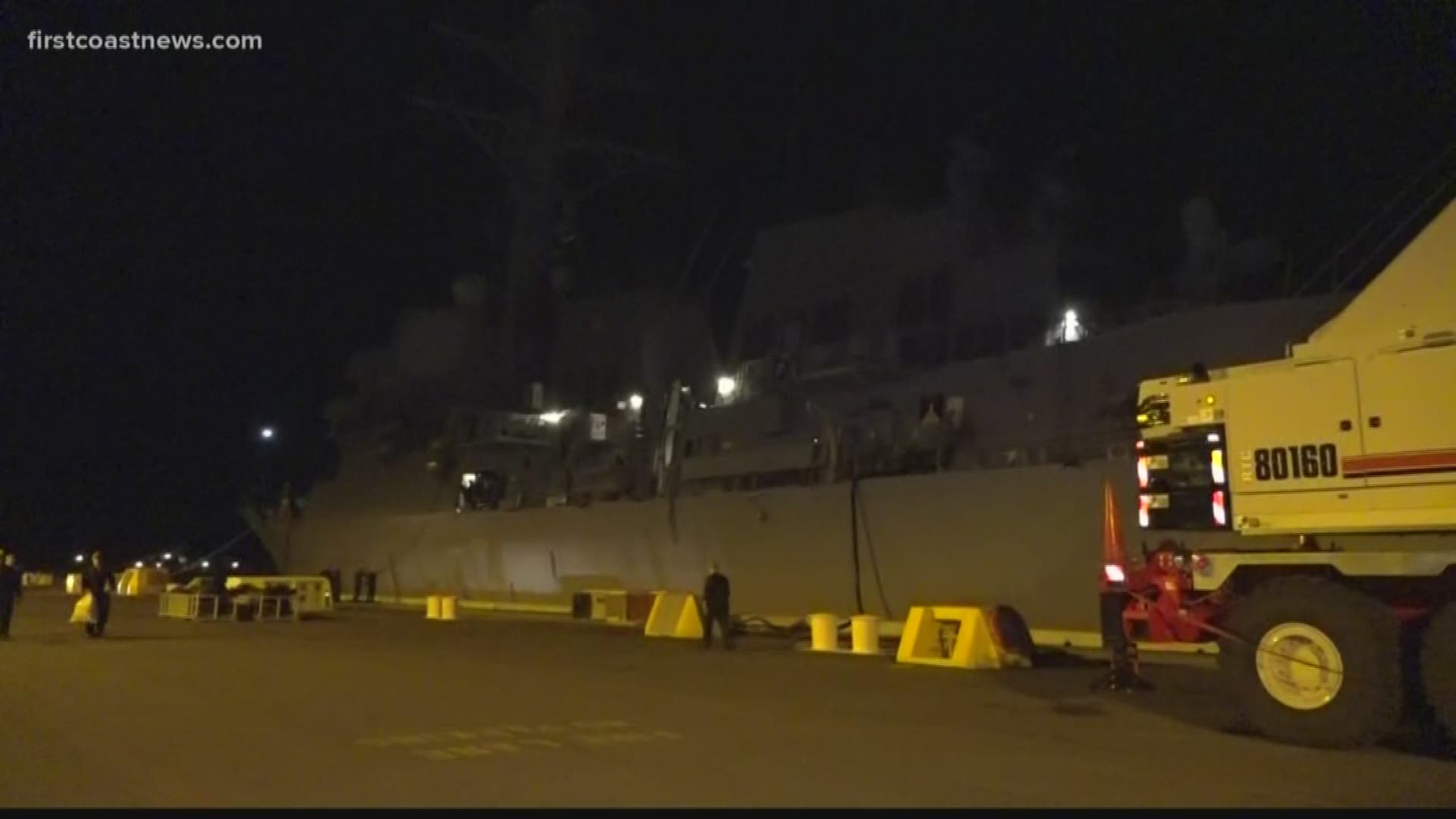 JACKSONVILLE, Fla. — The coronavirus has halted and changed much of our lives, but on Naval bases ships are still setting sail.

The USS Roosevelt left Naval Station Mayport Saturday morning, even though the public affairs officer says those on board weren't tested for the coronavirus beforehand.

The pier was empty when the ship took off. Families of the nearly 300 people on board said their good-byes at home in order to practice social distancing.

The USS Roosevelt left to go to Rota, Spain, where it will take over for the guided-missile destroyer USS Carney. USS Carney will come to Mayport.

With the number of coronavirus cases growing Florida, what will happen when those on the USS Carney arrive in Mayport? Austin says they won't arrive for a few months and that it's "too early to speculate" on whether they will have to self-quarantine, as the CDC advises after international travel, or if they'll be tested for the coronavirus.

A Mayport sailor tested positive for the coronaviurs this week. Austin says that man did not return to the squadron after getting symptoms and that others on the base are not getting tested. He says they have been informed to get help if they feel symptoms. The CDC states coronavirus symptoms may not appear for up to two weeks.

This week it was confirmed that 18 people with ties to Naval Air Station Jacksonville are in isolation after being tested. There's no word yet on their test results. Navy Spokesperson Arwin Fitzgerald tells First Coast News he will give an update if there are positive results.

RELATED: 18 people with ties to NAS Jacksonville being tested for coronavirus

The chief of naval operations says in a video on a website managed by the U.S. Department of Defense that the Navy has moved to shift work, increased telework, and postponed exams. They're also preparing the Navy's two 1,000-bed hospital ships to relieve hospitals.

Still, much of life on bases remains normal.

"It is a source of pride, for me especially, to see these young men and women out here doing what they do best," Austin said. "The Navy's in good hands."

Austin says it's good to see the Navy fulfilling their maritime commitments despite the pandemic.