State permit shows DEP gave the homeowners permission to excavate 6 feet of dune in order to cope with "windblown material." 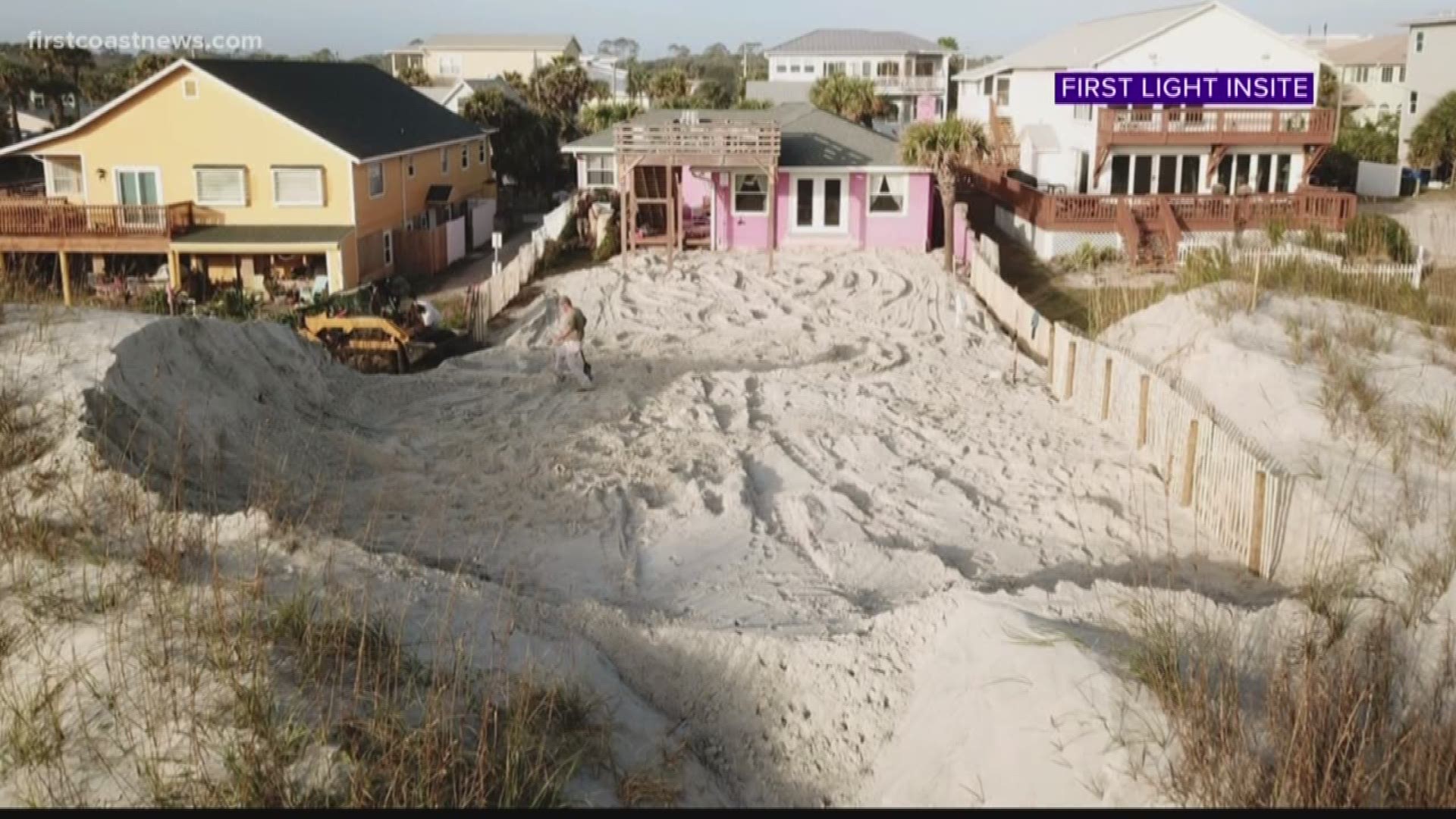 A video of the dune excavation began circulating on Facebook last Thursday, generating furious comments. One of the most repeated comment was some variation on "why?"

Dunes are protected by state law and much of St. Augustine Beach's shoreline features "conservation zone" signs prohibiting people from even walking in them. The agency tasked with protecting dunes is the state Department of Environmental Protection.

In this case, DEP issued the permit and said Friday the project adheres to the terms of the permit.

In order to determine why the permit was issued, First Coast News asked for the permit application. It shows the homeowners Dr. James and Grace Grimes sought the permit to cope with a “constant sand issue” and “windblown material."

The dune is part of a decades-long beach renourishment effort financed by millions in taxpayer dollars and managed by the U.S. Army Corps of Engineers. The permit cites "very unusual circumstances" that have altered the natural sand migration, including two hurricanes and the fact that the property is closer to the ocean than most properties in St. Augustine Beach.

"It is the Grimes' desire to create a more natural shape of the existing dune structure in order to stabilize the sand in an attempt to eliminate the constant sand issue," project consultant Kevin Partel wrote in the permit application.

According to a sign posted on the home, it is a rental property called the Pink Flamingo.

RELATED: Excavated dune in St. Augustine infuriates neighbors but is legal according to state regulators

This is not the first time the Grimes bulldozed part of the dune. In 2017, the couple was investigated by the local police and the Florida Department of Environmental Protection for excavating without a permit. No criminal charges were filed and no fines ever levied because the homeowners restored the dune. (When First Coast News reached out to the homeowners they referred us to DEP.)

Read the full permit application below: 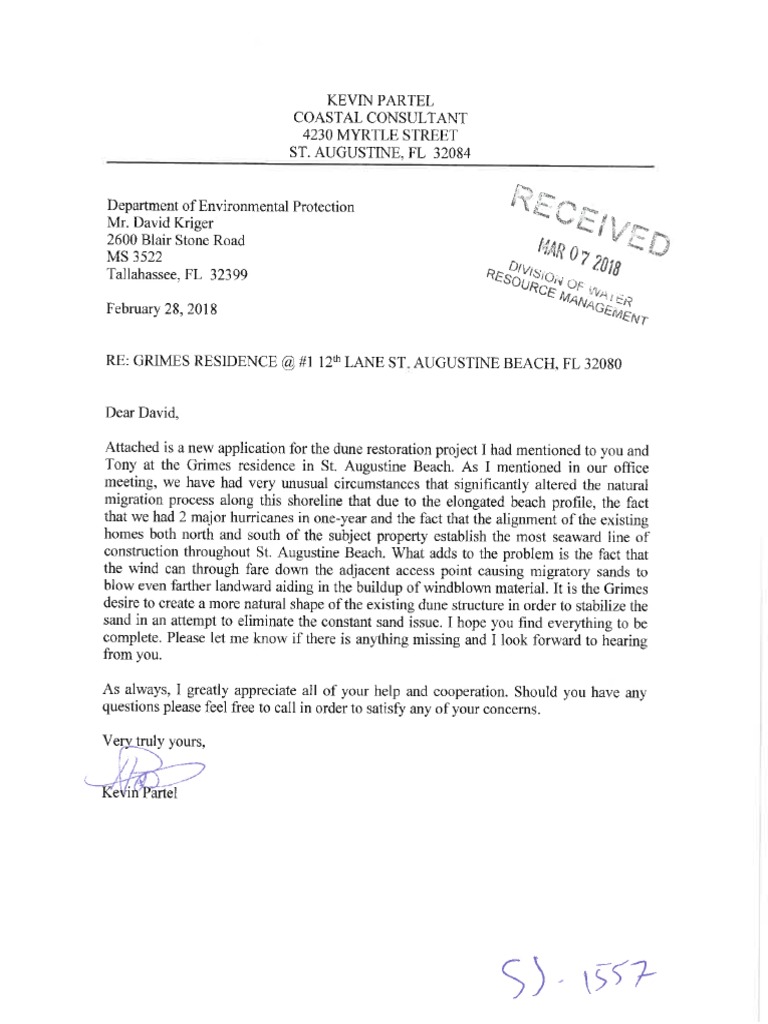