Carmina Aguirre says life in Florence, Italy is once again restricted in major ways, but this time some things are different. 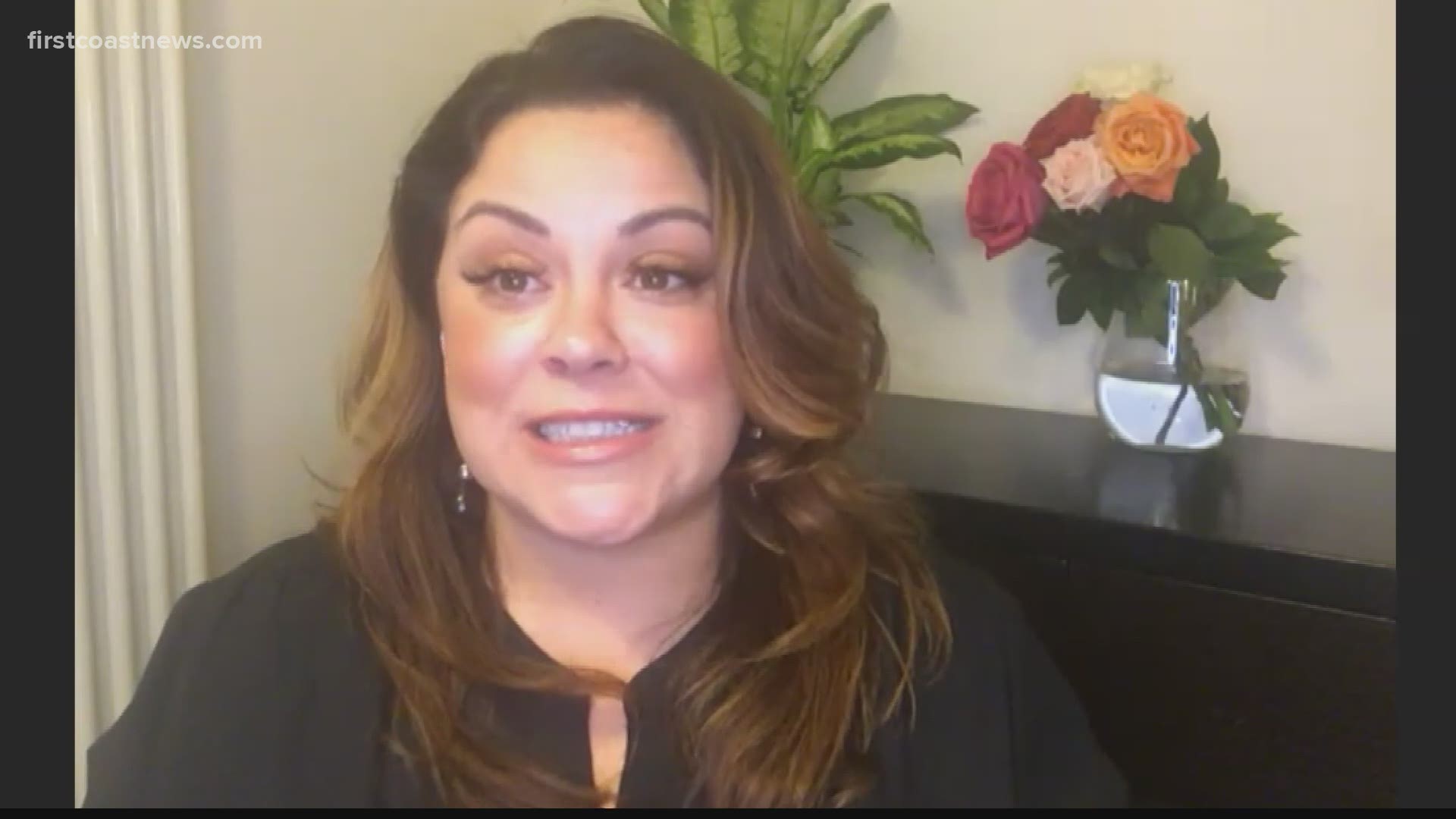 FLORENCE, Italy — As COVID-19 cases surge here in the United States and in Europe a former Jacksonville resident now living in Italy is experiencing a second lockdown.

Carmina Aguirre, who retired from the 125th Fighter Wing of the Florida Air National Guard, says life in Florence, Italy is once again restricted in major ways, but this time some things are different.

Now days into a second lockdown in the Tuscany region she is having to once again spend most of her time inside her home, but people are being allowed to exercise outdoors.

“They're riding their bicycles. They are walking. They’re exercising. Everybody is required to wear a mask,” Aguirre said.

If they don’t, she says they could face a stiff penalty.

“People are being arrested and fined if they don't wear their mask, so we've actually had arrests here in Florence, but fines are more common.”

Instead of a countrywide lockdown, Italy has implemented yellow, orange and high-risk red zones where restrictions are the strictest. Her city was deemed a red zone about a week ago.

“Public transportation is cut down to 50% again. We're not allowed to travel outside of our commune. I'm in Florence, Italy. I can't go to Siena unless I have business purposes or health reasons,” Aguirre explained. “I'm not even really supposed to go outside of my apartment here for other than emergency health or like grocery shopping or necessities.”

Necessities include walking her dog, going to the pharmacy and getting food, but she said restaurants are only allowed to be open for takeout and delivery.

“I went for a walk with my dog. I grabbed takeaway food and was eating it and got stopped by the police because I was not allowed to be eating it outside,” Aguirre said. “We are supposed to only take it back to our houses or apartments. This is creating a big economic problem for the businesses that are here, obviously, because it's changing the lifestyle and the willingness of people to go get the food to even take away.”

Theaters and gyms are closed right now in Florence, and many students she says are doing remote learning.

“Middle school and up are on distance learning, but elementary schools are still in attendance,” Aguirre said.

While the red zone ordinance was issued for two weeks, she is concerned it will last longer.

“Being stuck in the house again, sometimes the depression, heaviness kind of feelings are there, but not so much for myself, but more for witnessing what's happening around me. Businesses are closing. You see the suffering and the things that are really starting to unfold,” Aguirre said. “The economic impact here is really, really hitting us.”

RELATED: Daily lives have changed across Europe, could it be a preview for what's to come in the US?