The National Human Trafficking Hotline reports Florida ranks third in the nation, and Duval County ranks fifth in the state for human trafficking. 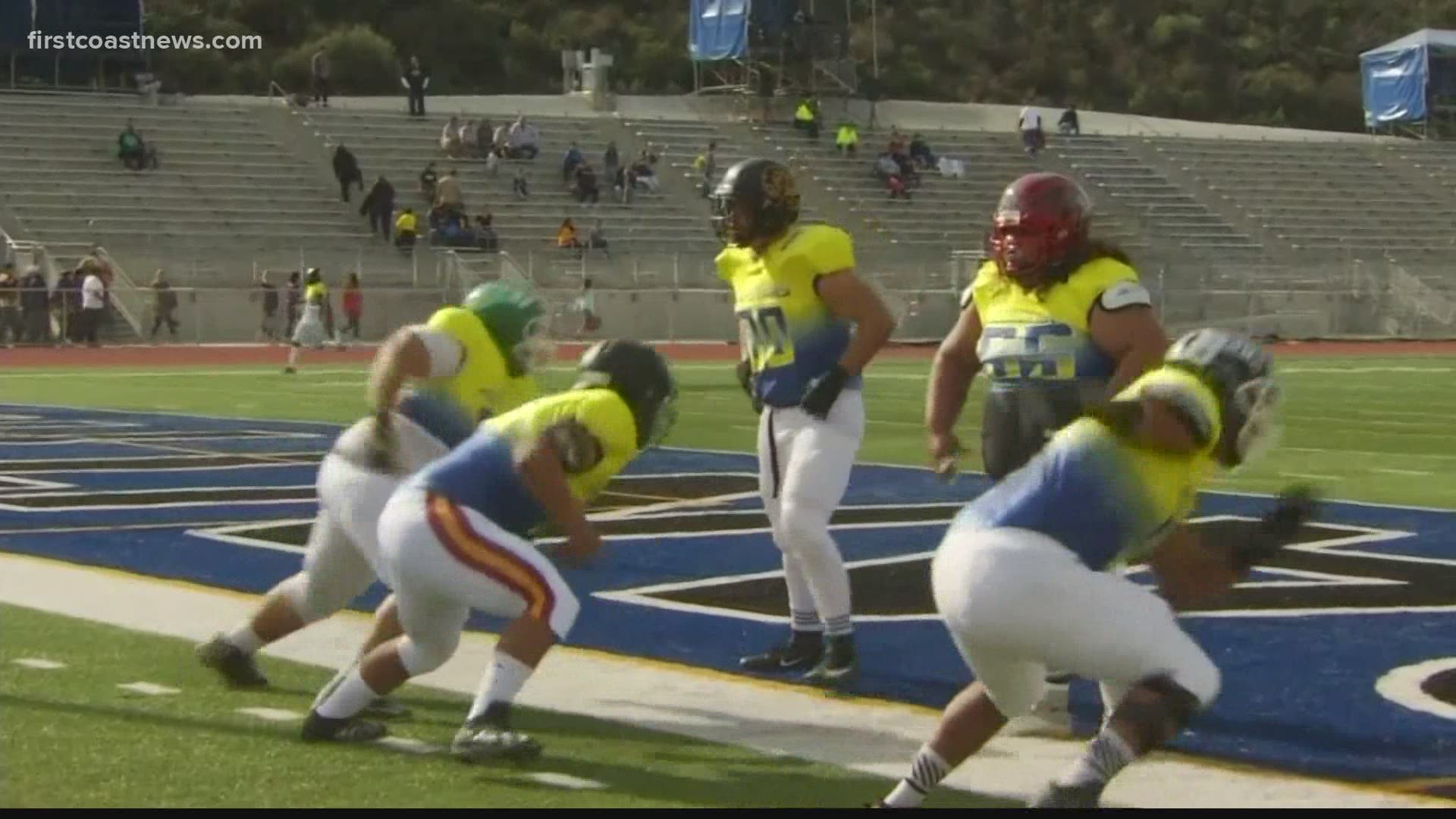 A group of girls and young women will put on their helmets this weekend and hit the football field for the Laces Out Foundation's all-female football camp. All proceeds will benefit a Jacksonville-area non-profit helping victims of human trafficking.

“Our very first all-female football camp is going to be this weekend," said Ashley Shepps, a board member with Laces Out Foundation. "They’re going to be learning basic techniques for football. We’re going to be doing some agility and strength training, some speed training, and then the kicking, punting, and some kickoffs.”

The significance of this weekend's female football camp goes beyond pads and cleats.

“We are partnering with The DEMP Project, which is local here in Jacksonville that helps to rescue girls and women from human trafficking," Shepps said.

“I do not think Jacksonville understands how many victims there are out there," said Shannon Begemann, executive assistant with the DEMP Project.

The National Human Trafficking Hotline reports Florida ranks third in the nation, and Duval County ranks fifth in the state for human trafficking.

“With the highways, the airports, the ship ports, it’s an easy way to bring people in and out without them being recognized," Begemann said.

Those at the Laces Out Foundation say having girls hit the football field teaches them they can keep up with the boys, so it seems like a natural fit raising money to help victims of human trafficking.

“Since we support women, we don’t just support them in sports. We support women in general in our community," Shepps said. "We feel The DEMP Project does a really good job at rescuing people and helping them get their way back.”

The @FoundationLaces is hosting an all-female #football camp this weekend to raise money for the non-profit @demp_the, which helps victims of #HumanTrafficking. I'll have the full story & why Duval County has so many girls and women who are trafficked tonight at 5:30 on @FCN2go. pic.twitter.com/8cpjfT3wGH