JFRD: 4 firefighters expected to be OK after sustaining burns during house fire

The Jacksonville Fire Rescue Department said four firefighters were sent to the hospital for observation, and one adult was displaced by the fire. 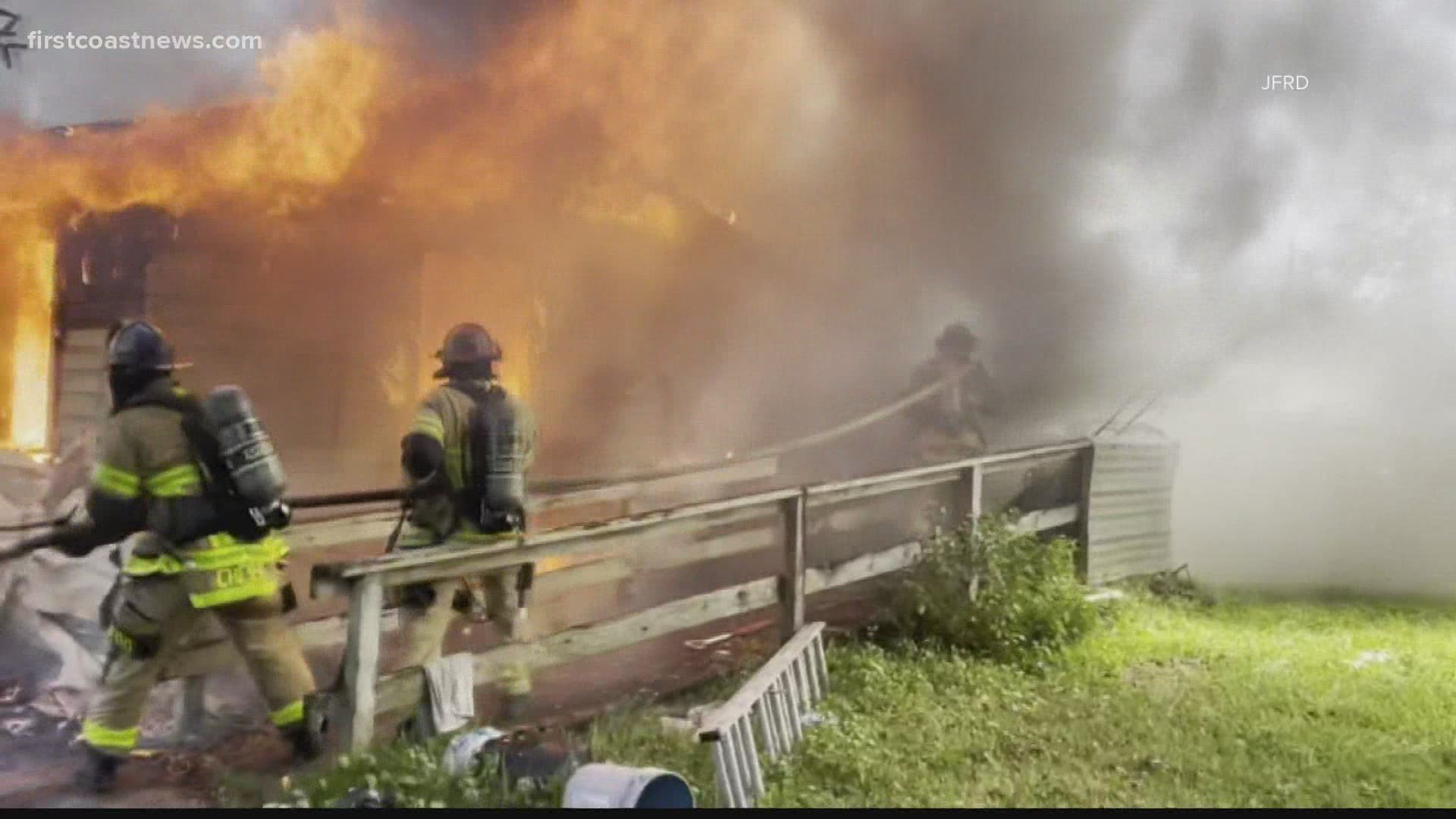 JACKSONVILLE, Fla. — Four Jacksonville firefighters are expected to be OK after sustaining burns during a call to a house fire Tuesday afternoon, according to the Jacksonville Fire and Rescue Department.

Fire Chief Keith Powers said one firefighter was burned on the side of his face, another was burned on the wrist and the remaining two sustained burns to their ears and face. However, he said all injuries were minor and ranged from first to second-degree burns.

All four firefighters have since left the hospital.

The fire happened in the 1200 block of Acorn Street and crews were dispatched at around 1 p.m., Powers said. Crews on the scene said heavy smoke and fire could be seen coming from the home.

After searching the home and containing the fire, JFRD determined no one was inside, Powers said.

The chief said during a news conference the firefighters' injuries could have been much more severe if it weren't for the gear provided by the Jacksonville City Council.

"This gear we use is the absolute best in the business," Powers said.

Powers said, thanks to the gear, all four firefighters are expected to be discharged from the hospital by the end of the day and will recover at home.

4 fire fighters have been injured in this fire and are headed to the hospital for observation.