JSO says "some sort of exchange took place" before the officer opened fire. 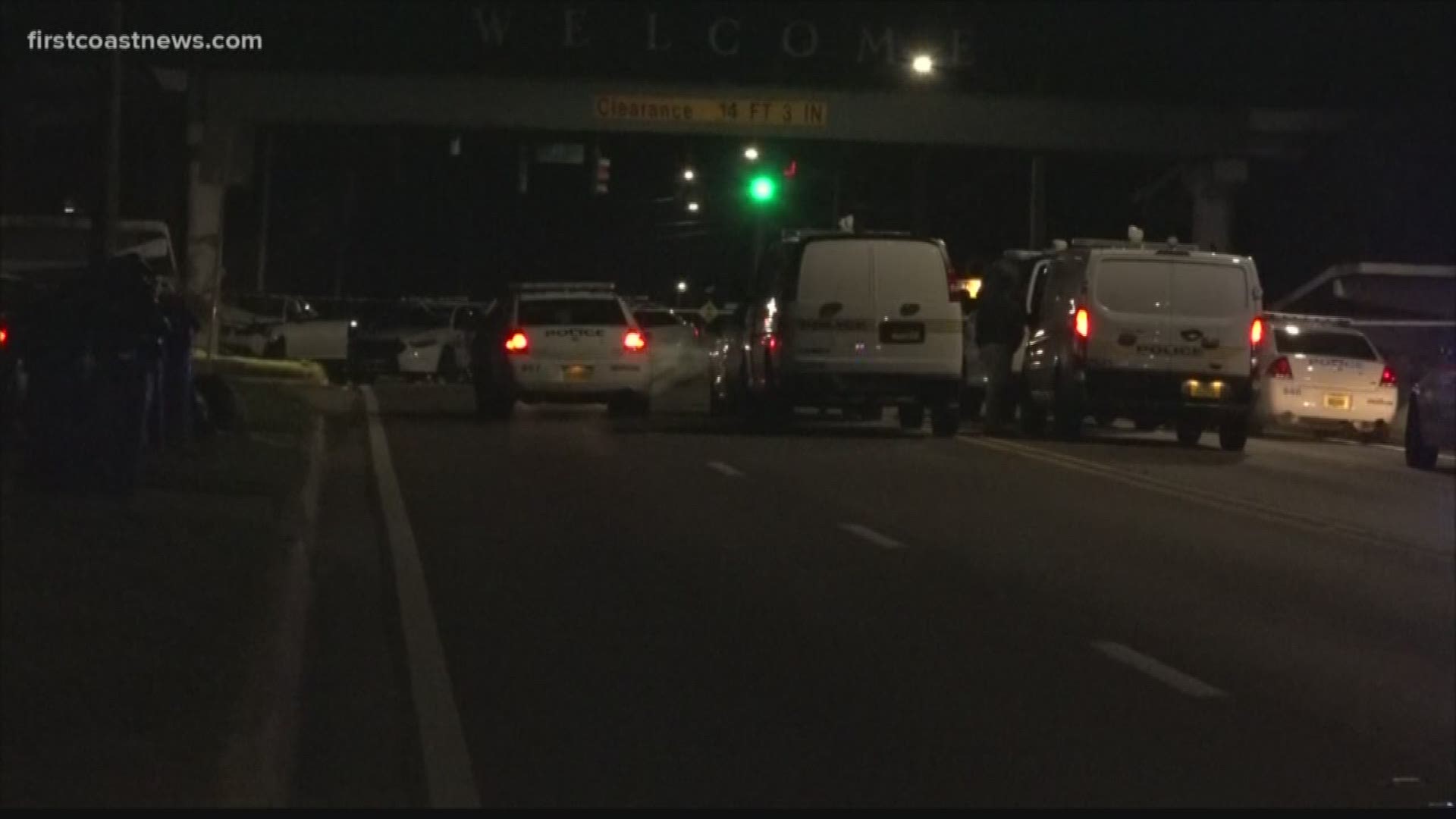 Credit: FCN
Kwamae Jones, 17, was shot and killed by a Jacksonville Sheriff's Deputy on Jan. 5.

One man is dead and another is in critical condition following a chase that escalated into an officer-involved shooting in the Moncrief area on Sunday evening.

According to the Jacksonville Sheriff's Office, the shooting happened at 9:20 p.m. near the area of Moncrief Road and 45th Street West.

JSO says one of its officers tried to pull over a car that was traveling in the wrong direction on Moncrief Road. Police say they tried to pull the vehicle over but it did not stop.

The vehicle then crashed into another vehicle before eventually slamming into the base of a pedestrian bridge, JSO says.

According to police, Officer N. E. Lawson approached the vehicle and "some sort of exchange that took place" before Lawson fired several times, striking both occupants of the vehicle.

The two men were taken to the hospital where one was declared dead while the other remains in critical condition.

Police did not identify the men but described them as being in their early 20s.

JSO says a rifle was found in the backseat of their car.

This was the first shooting for Lawson, who's been on the job less than two years at JSO, police say. He was wearing a body camera and First Coast News has requested a copy of the footage.