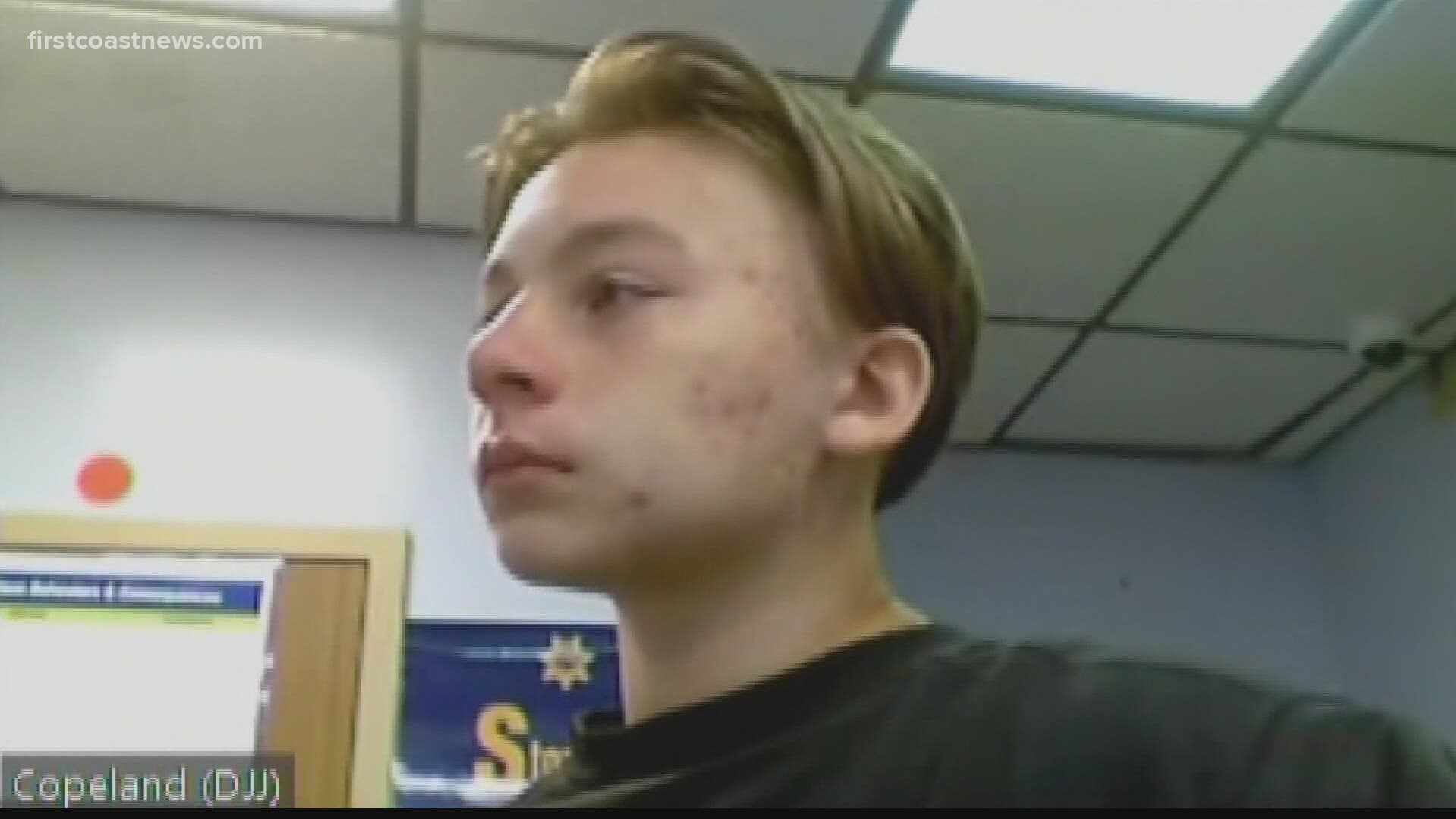 A large amount of evidence became public Wednesday in the first-degree murder case against Aiden Fucci, who is accused of stabbing 13-year-old Tristyn Bailey to death on Mother's Day.

The word "KARMA" was also handwritten in blue ink inside her left ankle and a "smiley face" was drawn inside her right ankle, the Medical Examiners report states. The report does not state who put the writing on her body.

Bailey was found lying in a wooded area on her right side, the newly released reports state. She was wearing a black shirt with white writing and black Nike pants with a pair of vans.

Deputies say she also had a Gold-tone ring, cell phone, $20 bill and a Cotton Candy vape device. They also found a “fortune paper” tucked away in her cellphone case.

SJSO says all items were covered in possible blood.

After Fucci was brought into the sheriff’s office for questioning, an incident report suggests he was indifferent to the news that Bailey was dead.

"How is that my problem?" he asked deputies, according to a incident report.

Also during questioning, he later admitted that he kissed Bailey. He says she reacted by grabbing him and he pushed her.

He said she fell down and hit her head and he walked away, the report states.

The release of the evidence to the defense makes it a public record. First Coast News is going through the evidence and will provide updates in this story as the information is processed by our investigative team.

According to police, Fucci stabbed Tristyn 114 times. The case was initially reported as a missing person case, and Fucci was questioned in that investigation. Police say he told investigators he got into a fight with Tristyn and pushed her forcefully to the ground, where she hit her head.