Legal experts say people who attended a memorial for the 13-year-old, or even shared stories about her death, would likely get booted from an Aiden Fucci jury pool. 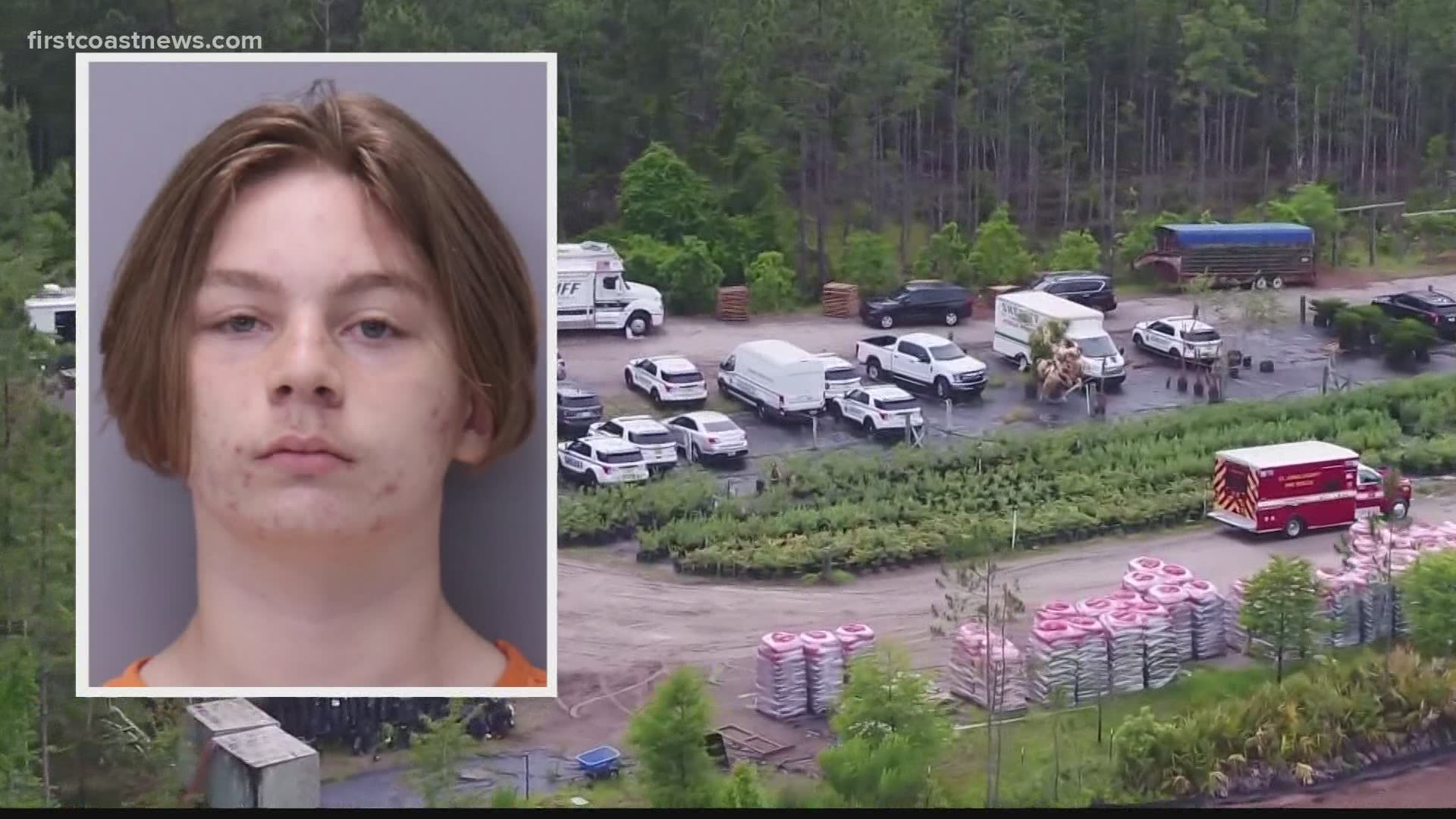 ST. JOHNS COUNTY, Fla. — Liking, sharing or commenting on social media posts related to the murder of 13-year-old Tristyn Bailey would most likely keep you off a St. Johns County jury, should Aiden Fucci go to trial.

According to legal experts, anyone expressing an opinion in the high-profile case or attending a community vigil for the dead teen could also expect to be excluded from a jury pool.

Fucci, 14, is charged with the first-degree premeditated murder of Bailey, a former classmate at Patriot Oaks Academy in the Durbin Crossing area of the county.

Fucci was arrested following the discovery of the girl's body in a wooded area of the neighborhood they both lived in on May 10. According to the Medical Examiner, she'd been stabbed 114 times.

On Thursday, Fucci's attorney filed a written plea of not guilty, meaning he will not face an in-person arraignment. According to Shannon Schott, a Jacksonville defense attorney and a board-certified specialist in juvenile law, the written plea is a strategic move by his public defender to shield him from further media coverage.

"[Now there's not] going to be this big arraignment, that's somewhat of a production, where news crews will be there. ...[or] this moment where he's entering a plea of not guilty. I think that the defense at this point is trying to undo the damage that's been done by the media coverage, and the possible jury tainting issues, and the venue issues that are going to be real issues that come up when we talk about his due process rights."

Schott says interest in the high-profile case has not diminished, a fact that could potentially affect whether Fucci can get a fair trial with unbiased jurors.

"The public is interested, so his attorneys are trying to mitigate the issue.  People are keeping this top of mind -- the story is not dying down. People are very interested in what's going on. And so you're going to have a lot of people who are armchair detectives, who will have already learned a lot of details whether it's correct or incorrect, whether it can be admissible or inadmissible, who will come to jury selection and will have developed and prejudged the case."

She says that will pose a problem during jury selection, should the case go to trial.

"If it comes out that people have posted about the story, if they've shared stories, that may limit them from being able to be a juror. And if it comes out later, after a trial, that a juror had been posting or advocating or gone to the memorial or something like that, or commenting on news stories, that could be a reason for a new trial."

If the court cannot find an impartial jury, it's possible the judge would permit a change of venue, moving the case to a different county.

Shott says because Fucci's attorney has not waived his right to a speedy trial, the State Attorney's Office must assume he will invoke that right. Pre-COVID, that would typically be six months from his date of arrest. Speedy trial rights were suspended during COVID, but are widely expected to resume in October.

Shott says if she were representing Fucci, she would not waive that right. "That would be a strategy move. Because, assuming that what has been advertised or what has been publicized is accurate -- if there's no exonerating evidence, it's very possible that they may say: Why would we wait? This is the one right that he has, the one point of leverage he has."

Fucci, who is being charged as an adult, faces life in prison if convicted, and a minimum of 40 years.