Kimberly Kessler 'delusional,' attorneys say, after she claims they have a conflict of interest

Two days after a judge found Kimberly Kessler mentally competent to stand trial, she accused her attorney of being related to her alleged victim. 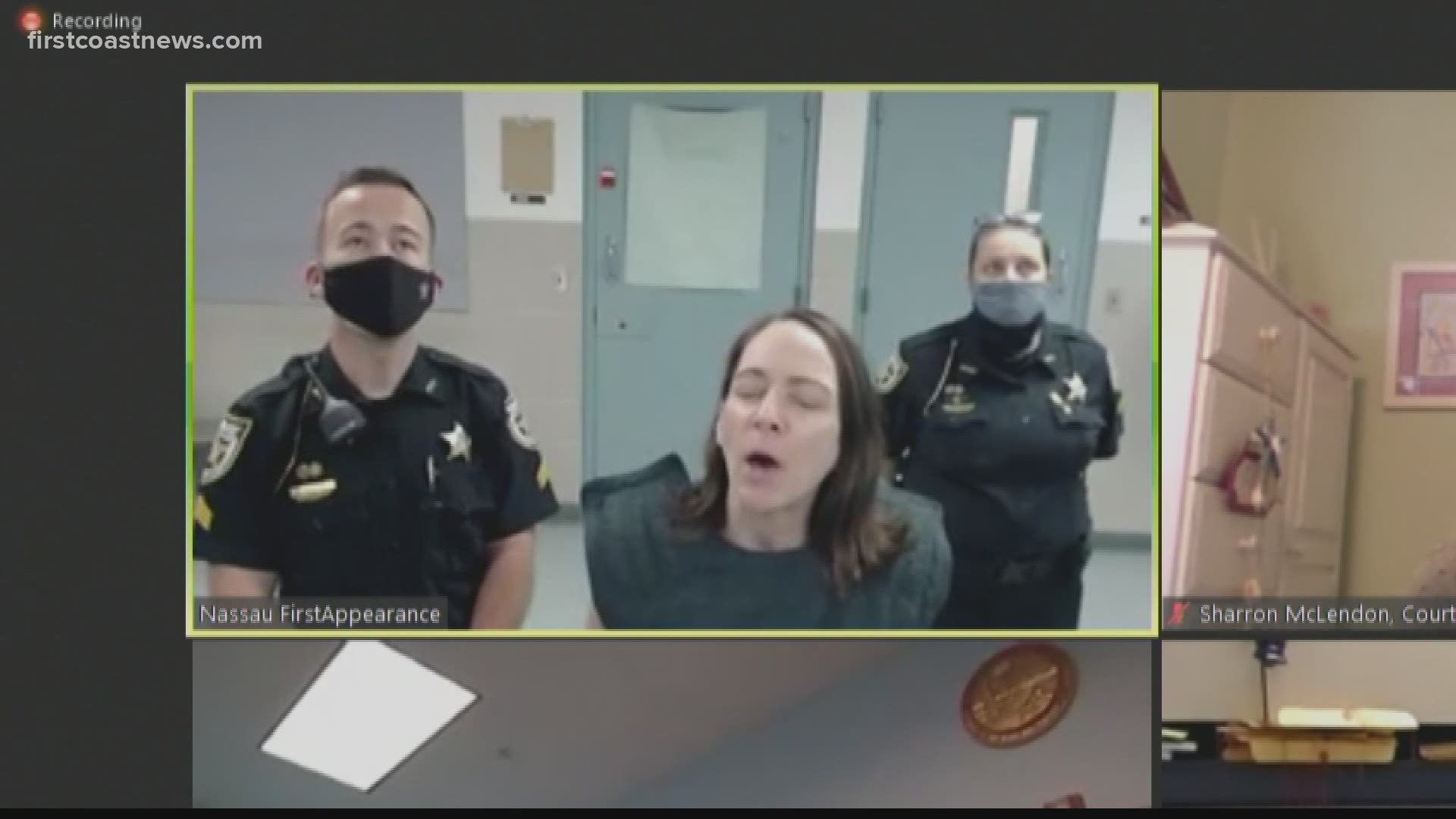 JACKSONVILLE, Fla. — Just 10 days after her last court appearance, at which she hurled obscenities at the judge and, according to jail officials,  later smeared feces around her cell, Kimberly Kessler appeared at Thursday's hearing with a beatific smile and a message.

"Jordan Beard is [Ann] Johnson's nephew," she told the judge, referring to one of her public defenders and the victim's mother. "Jordan Beard is Joleen Cumming’s cousin."

The assertion that Beard, an attorney originally from South Florida, is related to Nassau County kin of Kessler's alleged victim, "is factually inaccurate," attorney Teri Sopp assured the judge.

But she used the moment to highlight what she considers her client's ongoing mental instability.

"Ms. Sopp, this is not the time and place to assert such a statement," Circuit Judge James Daniel scolded her. "I made my rulings -- and you may not agree with it, but those are the rulings. And that was highly inappropriate."

Kessler has been in custody since she was charged with first-degree murder of Cummings, a Yulee mother and hairstylist who vanished in 2018. Kessler has pleaded not guilty.

Kessler has required frequent hospitalization in recent months after starving herself from an intake weight of 196 to a life-threatening 74 pounds. She has also exhibited increasingly bizarre behavior, according to officials at the Nassau County Jail, including stripping naked and smearing her cell with feces, according to court documents.

But in an order earlier this week, Daniel said that while Kessler may be a psychopath, she does not have a diagnosed mental illness. He found her mentally competent to stand trial.

Daniel dismissed her allegations about her attorney's conflict of interest and set a tentative trial date for May.