Lawyers and doctors cannot agree if Kimberly Kessler is competent to stand trial for the death of Joleen Cummings. 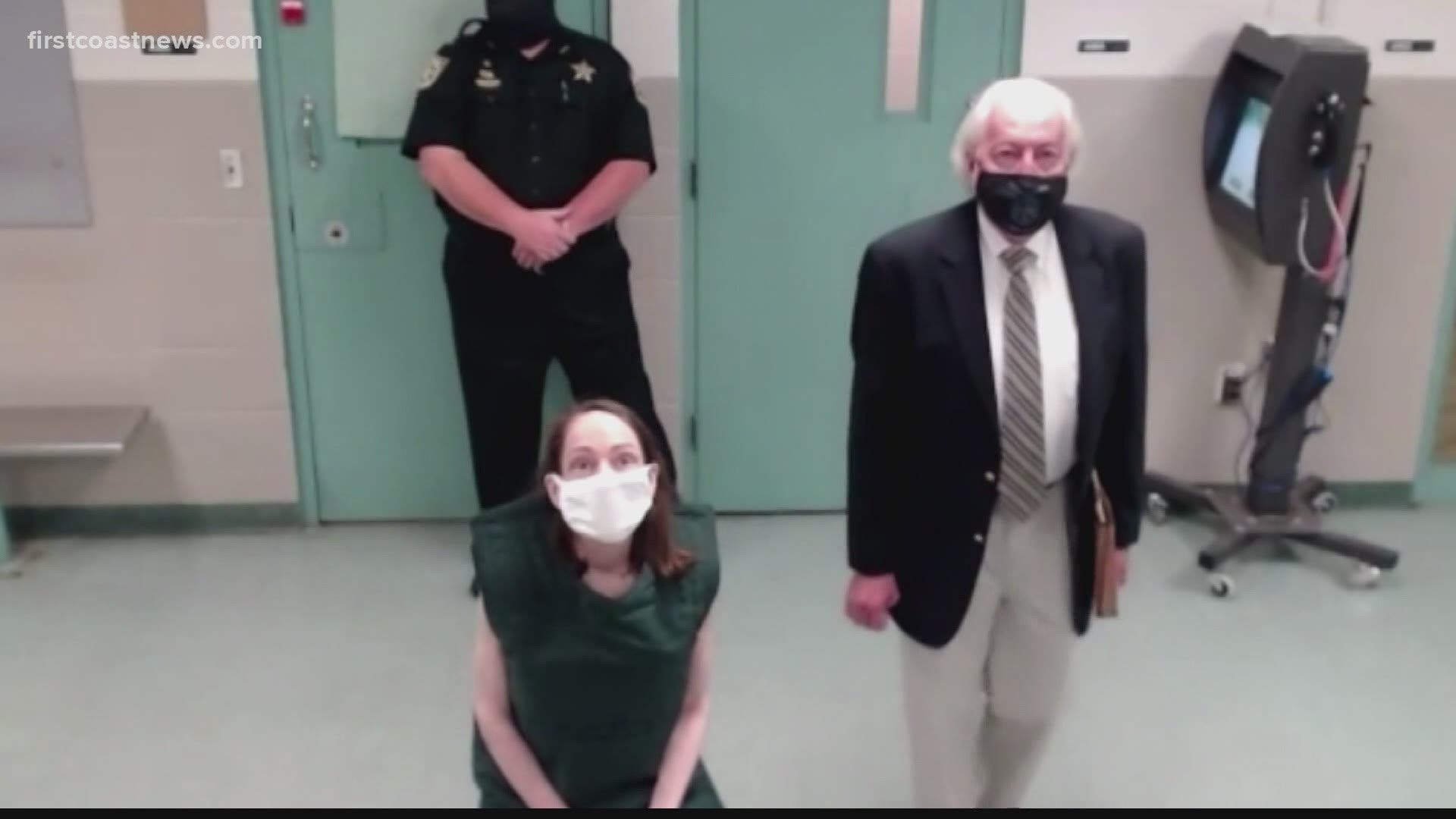 A high-profile murder suspect is reportedly starving herself to near death. According to her Nassau County jailers, Kimberly Kessler’s weight dropped by more than 60 percent since her arrest, from 196 pounds down to just 74.

But lawyers and doctors can’t agree if she is mentally competent to stand trial. Kessler is accused of killing Joleen Cummings, a Yulee mother of three, in 2018. Minutes after the hearing began, Kessler started screaming profanities at the judge and left her own hearing.

According to jail officials, she continued acting out from inside her observation cell.

“She is completely undressed and has feces smeared on the window,” a Nassau County deputy stated during Monday’s hearing.

The hearing was held virtually due to the COVID-19 pandemic.

A psychologist testifying in her defense thinks she is mentally unstable.

“In my professional opinion, she is incompetent to proceed because of her delusional disorder,” Dr. Louis Legum said.

Legum previously testified on behalf of Kessler’s public defender. He said during Monday’s hearing that Kessler is also savvy enough so that she knows not to discuss her psychotic fixations while at the hospital or at the jail.

Kessler had been admitted into a hospital 30 times since she returned to the Nassau County Jail.

Kessler, whose weight plummeted during a hunger strike, reportedly started binge-eating in the days leading up to Monday's hearing.

One deputy says she ate six peanut butter and jelly sandwiches over the weekend.

Criminal defense attorney Janet Johnson – who is not connected to the case – says this puts Kessler’s public defender in a sticky position.

“They have to advocate for what she wants. And if she's telling her lawyer, ‘I understand what's going on. And I'm on a hunger strike. And I don't care if it results in my death,’ the public defender cannot intervene,” Johnson said.

Johnson says the issue of competency is a simple one to solve but could be difficult to determine due to Kessler’s mental state.

“If she has a diagnosed illness, I think that will weigh into her competency and also into her sanity at the time of the offense. If the illness isn't treatable, if she's not amenable to taking medication, or if the medication doesn't work, the illness may mean she never becomes competent,” Johnson said.

Johnson adds that being competent to stand trial includes understanding the charges, who the lawyer is, the adversarial nature of the process and who the judge is.

In a separate case, the Nassau County Sheriff’s Office asked a judge for help, saying she was at risk of dying from starvation, but that judge dismissed the sheriff’s office request.

Kessler’s public defenders continue to believe she needs both medical and mental help.

The judge says he will issue a ruling later.