Video shows the now-fired police officer pulling the woman from her car, then shocking her with a stun gun while a knee appears to be on her neck. 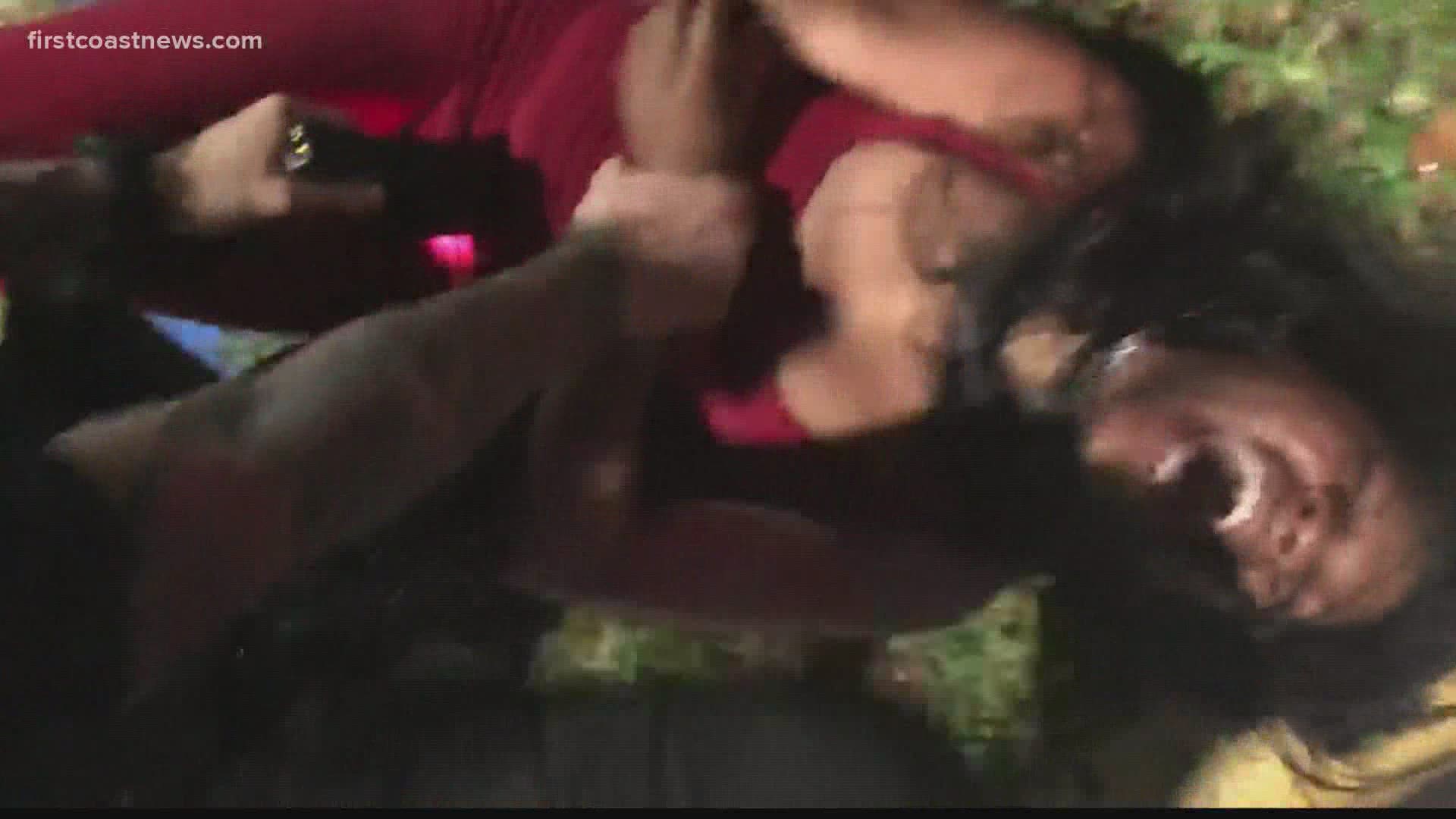 MIAMI GARDENS, Fla. — A former Miami Gardens Police officer is now facing charges, accused of battery and misconduct after video surfaced showing him pressing his knee into a woman's neck during an arrest outside a Miami bar in January.

Police say Safiya Satchell and a friend were sitting in a vehicle after dining at the bar when former officer Jordy Martel approached. His report stated he was called by bar management to get Satchell to leave the premises following a confrontation inside.

Video shot by Satchell's dinner companion during the incident shows Martel approaching the driver's side of Satchell's vehicle in an attempt to get her out. A struggle ensues, and moments later, Satchell is pulled from the vehicle.

Satchell's friend then gets out of the vehicle, still recording, and finds Satchell on her back, on the ground, restrained, with Martel's knee on her neck, being shocked with a stun gun.

Thursday, the state's attorney said the videos reveal contradictions in Martel's report of what happened.

Martel had claimed Satchell continued to fight by kicking and punching, and the video allegedly reflects that at the time of the first time Martel shocked Satchell with his stun gun, she was on her back, on the ground, with his knee on her neck, the state attorney said.

According to the Florida Department of Law Enforcement, 30-year-old Martel turned himself in Thursday at the FDLE Miami office.

"We are pleased to have been notified that FDLE and the Miami-Dade State Attorney's Public Corruption Unit have taken action against this former officer. It is long overdue for civilian oversight of our cities' police departments to ensure our officers are not just serving but protecting our community. If you're an officer that has broken policy or acted under color of law with a belief that Black Lives don't Matter, you ought to be looking over your shoulder because the chickens have finally come home to roost. My client deserves to witness justice be served in this prosecution against this former officer where so many others in her position have not been as fortunate."