Travis Pritchard, 36, is a DUI Enforcement deputy with the Clay County Sheriff's Office. He faces charges in relation to lewd battery on a minor, police said. 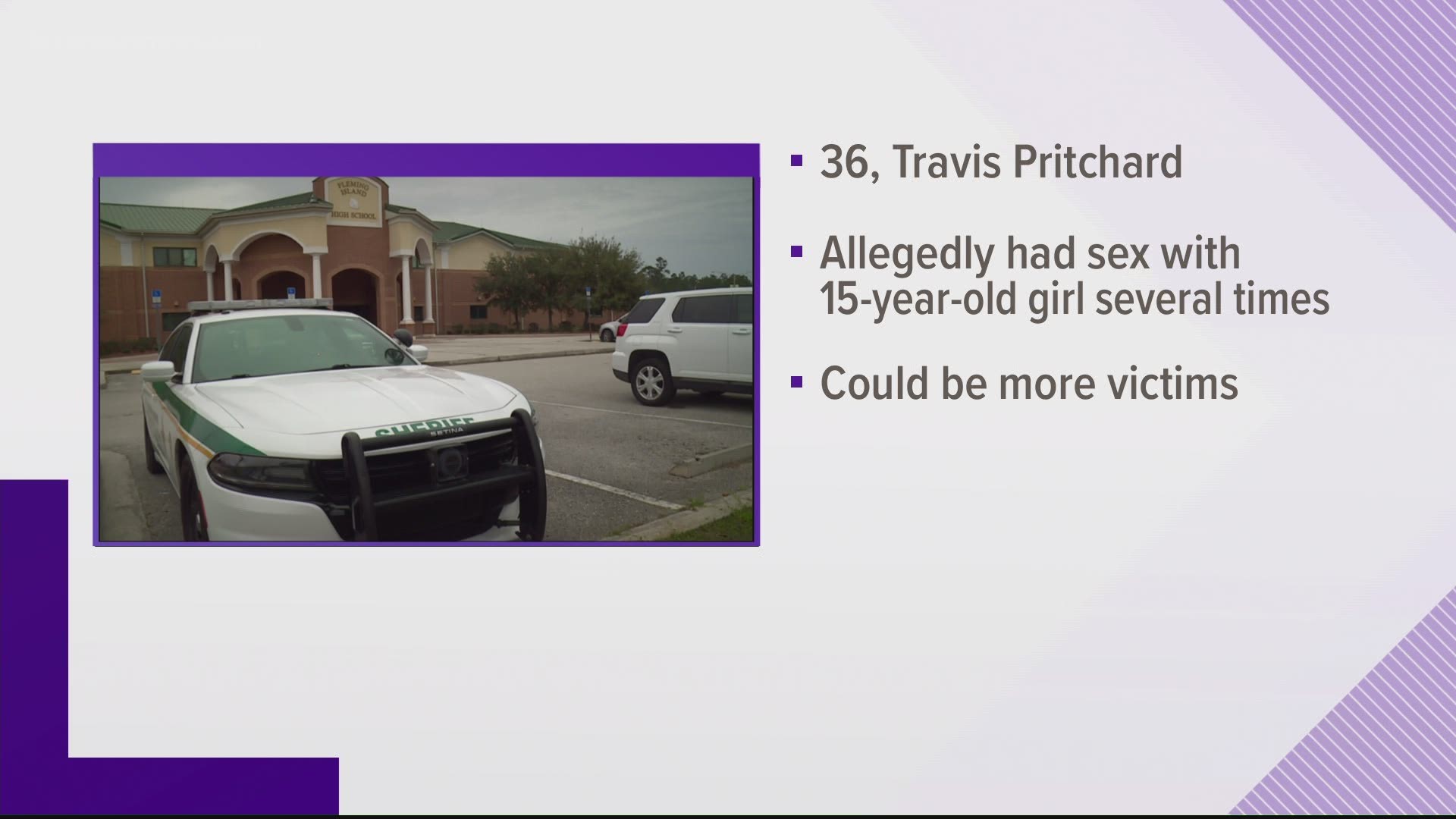 A Clay County deputy was arrested Saturday after it was determined that he was having a sexual relationship with a 15-year-old, according to the Green Cove Springs Police Department.

On Tuesday, around 10:42 a.m., the Green Cove Springs Police Department Communications section received a call from the mother of a 15-year-old girl. She told police that she believed her daughter was sneaking a 34-year-old man into her home late at night for the purpose of having sexual intercourse, according to police.

Police said the mother told officers that she believed the man was a deputy with the Clay County Sheriff's Office and that she had his name. Police responded to the home and spoke with the victim.

During the interview with the victim, police observed evidence on her cellphone which provided the accusations and the suspect was identified as Pritchard, according to police.

Detectives with the Criminal Investigation Section made contact with Pritchard posing as the victim. During their conversations with Pritchard, incriminating messages were received, police said.

Pritchard was arrested while on-duty Saturday at 2:52 a.m. by the Green Cove Springs Police Department, shortly after attempting to meet with the victim to engage in sexual activity, according to police.

Police said that during the investigation, it was revealed that Pritchard may have had inappropriate contact with other underaged girls.

"It is unfortunate when a law enforcement officer commits an act that is counterproductive to the hard work being done in the profession. If found guilty by the courts, this former Deputy, Travis Pritchard, will have a long time to reflect on his actions. Effective today, I made the decision to terminate his employment with the Clay County Sheriff's Office. I ask that the citizens of Clay County not make the mistake of judging all law enforcement based on the actions of one. The men and women of the Clay County Sheriff's Office remain committed to making Clay County a safe place to live; that will never change!"

Anyone with information pertaining to this case or other incidents involving Pritchard should contact the Green Cove Springs Police Department or local law enforcement agencies.