Appraisals, inspections are falling by the wayside as home sellers revel in cash offers well above asking prices in current market. 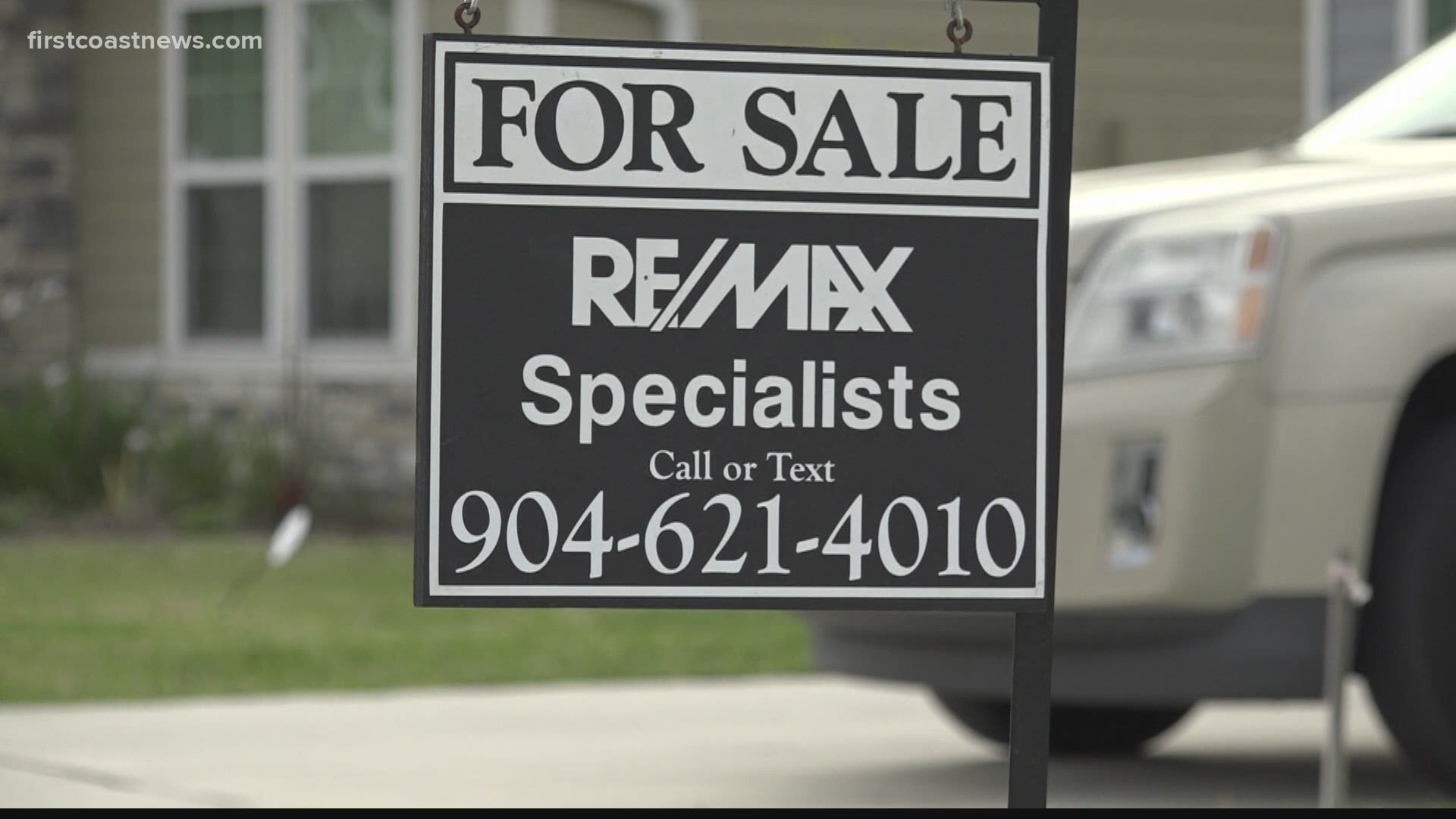 JACKSONVILLE, Fla. — Jesse Rivers has been trying to find a home he can buy in Jacksonville for about six months now.

“Two hit the market, but not ones that I went and looked at,” he told First Coast News Monday of his activity since we first talked with him seven days ago. The single dad hopes to find a home in the Julington Creek area that’s suitable for himself and his teenage son.

Suitable would be ideal, but right now attainable is hard enough.

“It still is discouraging when you know you’re financially sound, you know you have the money, and you go forward with what you feel is a very aggressive offer,” Rivers said, only to find that his bid can’t compete.

“Agents are telling people, ‘Look, we’re putting it on at noon and we’re going to have our decision at [5 p.m.] because we’re going to have a dozen offers by then. We fully expect it,’” board-certified real estate attorney Zach Roth described the current market. “It’s that crazy out there right now.”

Such a steeply pitched market that many sellers are demanding cash and that bidders forego both appraisals and inspections.

“That appraisal a lot of times is not going to be consistent with the price that’s agreed to be paid,” said Roth, who works at Ansbacher Law in Jacksonville. “Because the market’s so hot, prices are really high right now. So the prices right now might not be indicative of what the market value will be in years to come.”

In other words, buyers might knowingly accept that they’re overpaying but might also have no real idea by how much. A major market shift downward could place countless homeowners who bought near the peak of the market, and by extension the local economy, in jeopardy.

However, each individual has to weigh his or her own risk tolerance. For Rivers, waiving appraisal is one thing.

“If it’s a house that you feel good about and you feel that will retain its value and all that, then I’m actually okay with that part of it,” Rivers explained.

Rivers went on to say he and his real estate agent are careful to research neighborhood values before deciding how much to bid above the offering price on a particular home.

Roth agreed buyers can manage their risk at least somewhat when it comes to foregoing appraisals.

“You can at least do some research somewhat on your own and see what prices were paid for nearby properties, using a property appraising website,” Roth said.

Willingly looking the other way on inspections, Roth said, is another thing.

“These buyers essentially are buying into things that could be known and they could otherwise ask to have repaired,” Roth explained. “You could be buying into a $200 fix, a $5,000 fix, a $50,000 fix, depending on what that inspection would have found.”

Rivers said for him that’s a deal-breaker.

“I personally would never waive an inspection," Rivers said. "It could be plumbing issues, it could be a roof.”

After six months though, it’s not as if he hasn’t thought about it.

“I’m not quite there yet!” he said with a laugh.

Roth said there’s another potential peril, one he hasn’t seen and doesn’t expect. He says it would dwarf the risks of abandoning appraisals and inspections.

“If you don’t get title insurance, you may pay X amount of money for a property that you don’t have clear title to," Roth explained. "I don’t see that ever becoming an issue but that would be, to me, the next step if we continue to heat up.”

Rivers shuddered at that scenario.

“You don’t want to get into waiving title searches and you get to the closing table, and somebody else shows up and ‘Oh, actually I own the house,’” Rivers said.

Although not an economist or real estate agent, Roth speculated that rock-bottom interest rates are feeding the frenzy. He also said that while the specific causes of this superheated market are different from what fed the bubble that eventually burst in late 2008, he sees some similarities.

“When you have a market where demand vastly outstrips the supply, regardless of why that is, it’s going to push prices up,” Roth said.

He continued with a foreboding suggestion.

“And when it’s as hot as it is now and as it was 15 years ago, it’s going to push [prices] a lot further than the market can generally sustain.”

In the meantime, Rivers wants to buy, and he knows sellers want to sell. Another strategy he is entertaining is offering to cover closing costs, but he’s wary of overextending himself.

“What I wouldn’t do is make an offer on a house and agree to waive the appraisal or bridge the gap in the appraisal and pay closing costs,” Rivers said.

Anything to gain a competitive edge as a buyer. After all, for Rivers the good news and the bad news are the same: He has lots of company.