A super-heated market of cash transactions and forced buyer concessions is driving home prices up, sidelining many hoping to purchase a home on First Coast. 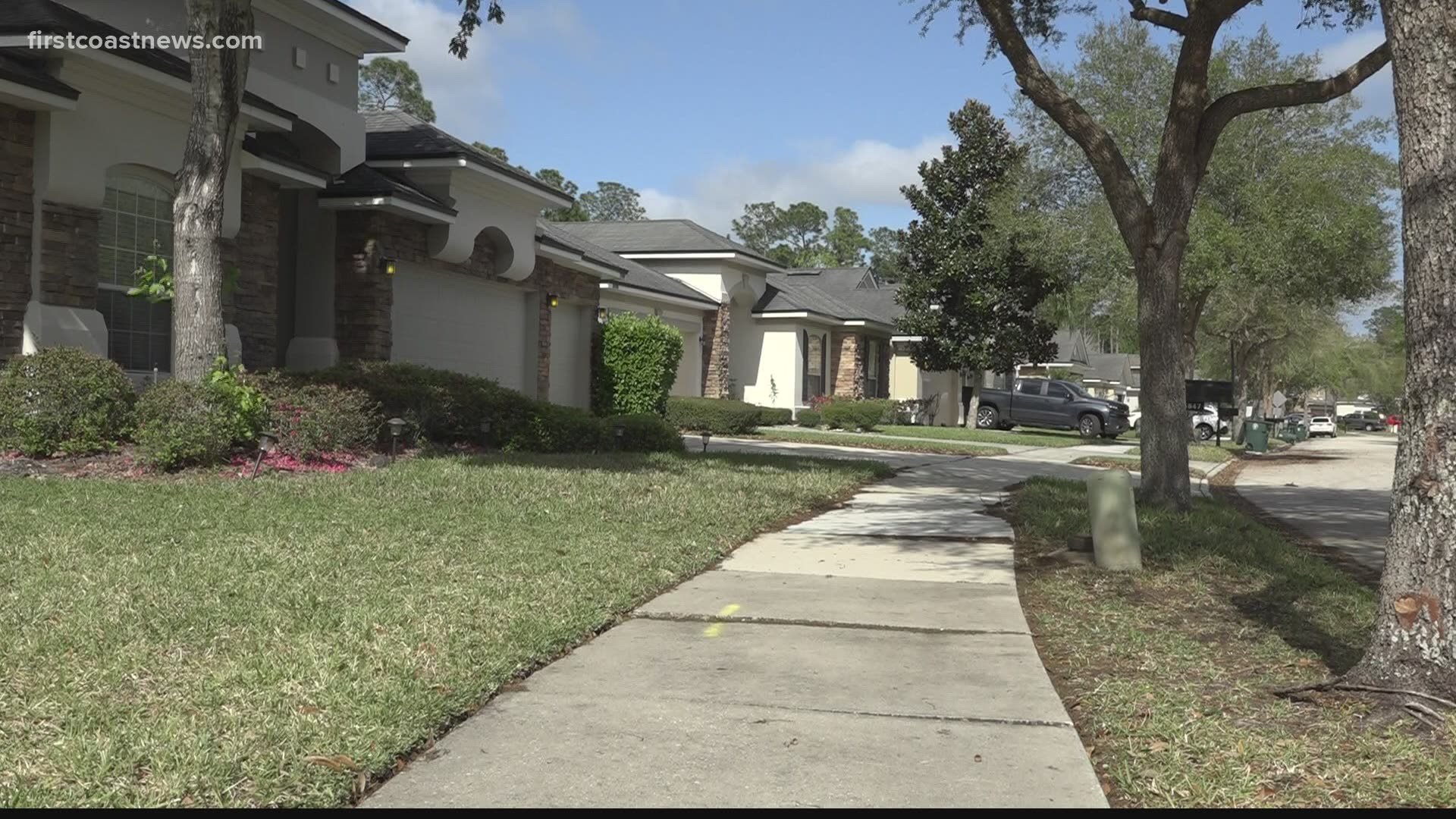 JACKSONVILLE, Fla. — Robin Zuckerman has been a realtor on the First Coast for 11 years. However, what she’s seeing lately is a first for her.

“I don’t remember the market ever being like this, quite frankly,” Zuckerman said. “It’s hot. It’s really, really hot out there right now.”

Specifically meaning it’s a seller’s market, as if on steroids. As often as not, she said, homes are selling the first day they are listed.

“Ten o’clock in the morning, in many instances, the entire day is already blacked out," Zuckerman said. "You can’t get into a house."

In the age-old sway between supply and demand, right now there’s extreme demand and a very small inventory.

She attributed that condition to low interest rates, the geographic freedom of more people being able to work from home, and an influx of buyers – some of them investors – from outside the region. One other factor, she speculated, is that Florida has been more open for business generally than many other states during the COVID-19 pandemic.

“So there are a lot of people writing offers who haven’t actually stepped foot, and they’re okay with buying a house, sight unseen,” Zuckerman said.

That frenzy is giving sellers unforeseen freedom to demand cash, quick sales, and that buyers forgo protections such as appraisals and inspections.

Jesse Rivers has been in the market to buy a house for six months now. He’s owned before and has solid finances, but so far that has not been nearly enough.

Just last week he visited a house the day it had gone on the market. Within two hours, he was told there were 44 offers, eight of which were in cash.

“You know, there’s no way 44 people could have seen that house in two hours,” Rivers said. “So it’s people just sight unseen that are buying houses without even really looking at them.”

In other words, investors with deep pockets.

“I’ve never seen so much cash in 11 years,” Zuckerman said.

The result is skyrocketing prices even as the market pushes many hopeful buyers to the sideline.

“Inevitably, a hundred percent of the time these days, the house is selling for more, if not far more, than the actual data dictates,” Zuckerman continued.

Rivers, a single dad who rents the home where he and his teenage son currently live, said as disheartening as his quest has become, he feels for others in tougher situations.

“I have the ability to wait and let [the market] come back to me, but there’s a lot of people out there that aren’t like that,” Rivers said.

A specific example, he said, is military personnel who don’t have the luxury of waiting on the market when they have to uproot from one place and relocate to another.

“They need to move,” he observed.

Of course, as the law of supply and demand can’t be changed, the balance between the two is ever shifting. Just how soon and significant the market shifts more toward favoring buyers is impossible to peg precisely.

“Something’s got to give at some point,” Rivers said, acknowledging that if the landscape becomes too heavy with absentee owner-investors, the market might cool off if that causes the quality of neighborhoods to deteriorate. “You can tell. The yards just don’t look quite as nice. They don’t own it.”

Specifically, he pointed out that property values tend to be more stable when homes are owner-occupied.

“Some stake in the game, or that just has a sense of wanting to belong to the community. You’re going to be a lot better off.”

From her perspective, Zuckerman agreed that the market will eventually shift, but hinted that that might take a while.

“Inevitably, will it correct? Yes, it will correct. Again, I don’t think it’s going to be anywhere near what it was we had experienced back in the day.”

Asked whether it’s hyperbole to describe the market as scorching hot, she affirmed “It’s beyond hot.”

Rivers, who’s trying to internally balance his hope with patience, knows where he wants to be and wasn’t shy pointing it out.

“So if you’re selling a house in Julington Creek, let me know and let me buy it!”