The effort is known as Two Million Strong Christmas, signifying the more than two million Floridians who lost their jobs this year. 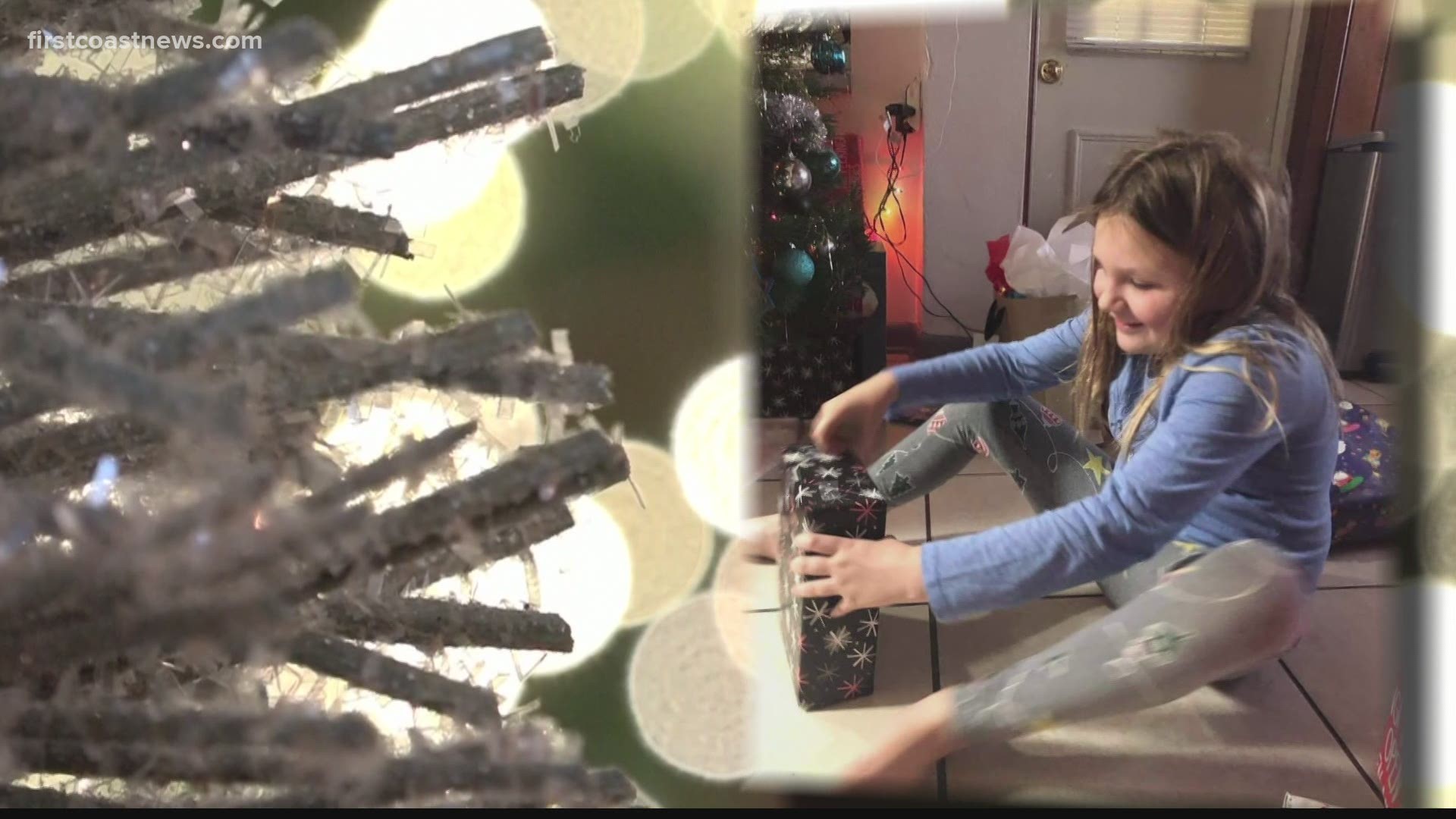 JACKSONVILLE BEACH, Fla. — A statewide Christmas initiative is spreading holiday cheer to unemployed Floridians and their families, all funded by donors on social media.

The effort is known as Two Million Strong Christmas, signifying the more than two million Floridians who lost their jobs this year.

Over social media, unemployment expert Vanessa Brito coordinated hundreds of donors to buy meals and toys for more than 300 kids.

“Just food that was delivered, we’re about 100 families,” Brito said. “We wanted to do something for the kids. Adults can understand what’s going on in the world, but kids shouldn’t have to.”

Brito said some donors were also matched with people who needed help with bills.

“I never expected it to turn into something as big as it has been,” Brito said.

Just by word of mouth on social media for one month, contributions totaled about $6,000.

Jacksonville mother Norene McNamara lost her job as a waitress during the pandemic.

Her claim has been riddled with glitches for months.

First Coast News got to deliver a Two Million Strong Christmas meal to McNamara and her daughter Adrianna.

“It’s depressing. You never expect it to get this bad.” McNamara said. “You hope every day you see a miracle, and today I got one.”

Brito hopes a family feast and toys will be enough to relieve many Floridians’ stress for one day and allow them to be thankful.

“With somebody fighting for you, it does give you a little bit of hope,” McNamara said.

“We may not have a lot independently, but collectively, we can help one another,” Brito said.