This certification gives amazon the ability to carry property on small drones beyond the visual line of sight of the operator. 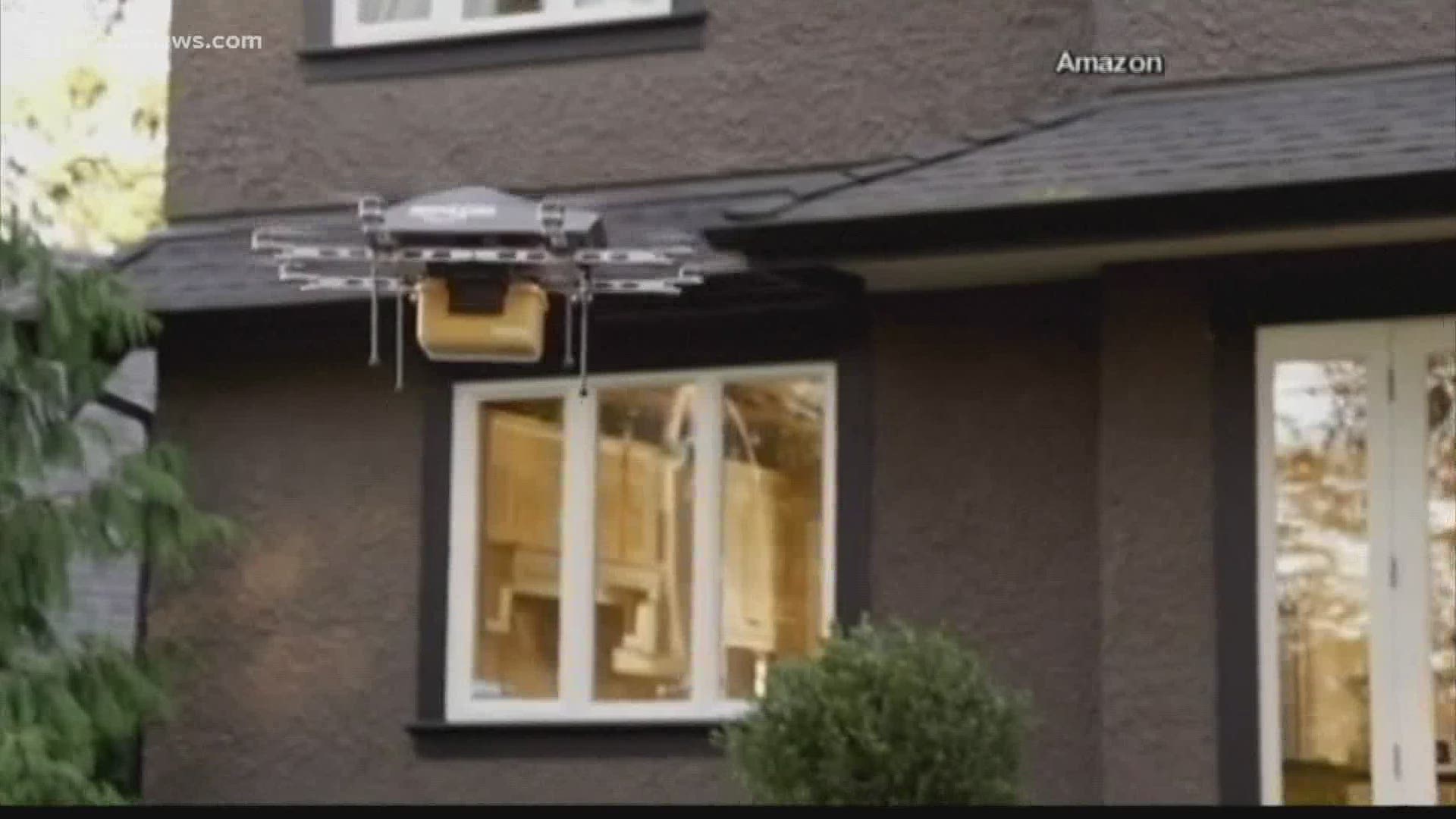 JACKSONVILLE, Fla. — Amazon is another step closer to delivering packages by drone. The Federal Aviation Administration has given the company the green light to expand unmanned package delivery.

Here’s the Buzz: This certification gives amazon the ability to carry property on small drones beyond the visual line of sight of the operator.

Amazon said deliveries would occur in areas with low population density and packages would weigh 5 pounds or less and would be delivered in 30 minutes or less to your doorstep.

Could TikTok have a new owner?

TikTok could reach a deal to sell a portion of its app to the U.S. as soon as Tuesday.

Here’s the Buzz: CNBC is reporting the app has picked a bidder for its U.S., New Zealand and Australian businesses.

Microsoft, in partnership with Walmart and Oracle are the top two contenders. It’s expected to be in the range of 20 to 30 billion dollars.

TikTok's Chinese parent company, Byte Dance said it would need a license from the Chinese government before it can sell to a U.S. company.

The key to a good night's sleep

Making your bed everyday may require you to wake up a few minutes earlier, but it could be the key to a good night’s sleep, according to a recent study.

Here’s the Buzz: The survey shows one-third of people say they sleep better when their beds are made. Meanwhile, about the same amount says the opposite is true when they do not make their bed.

Do you make your bed every day? Chime in online using #GMJ!