How the Gulf Stream could impact search efforts for missing boaters

The Gulf Stream flows north bringing warm water from the Gulf of Mexico all the way up the eastern coasts of U.S. and Canada. Traveling across it can be treacherous. 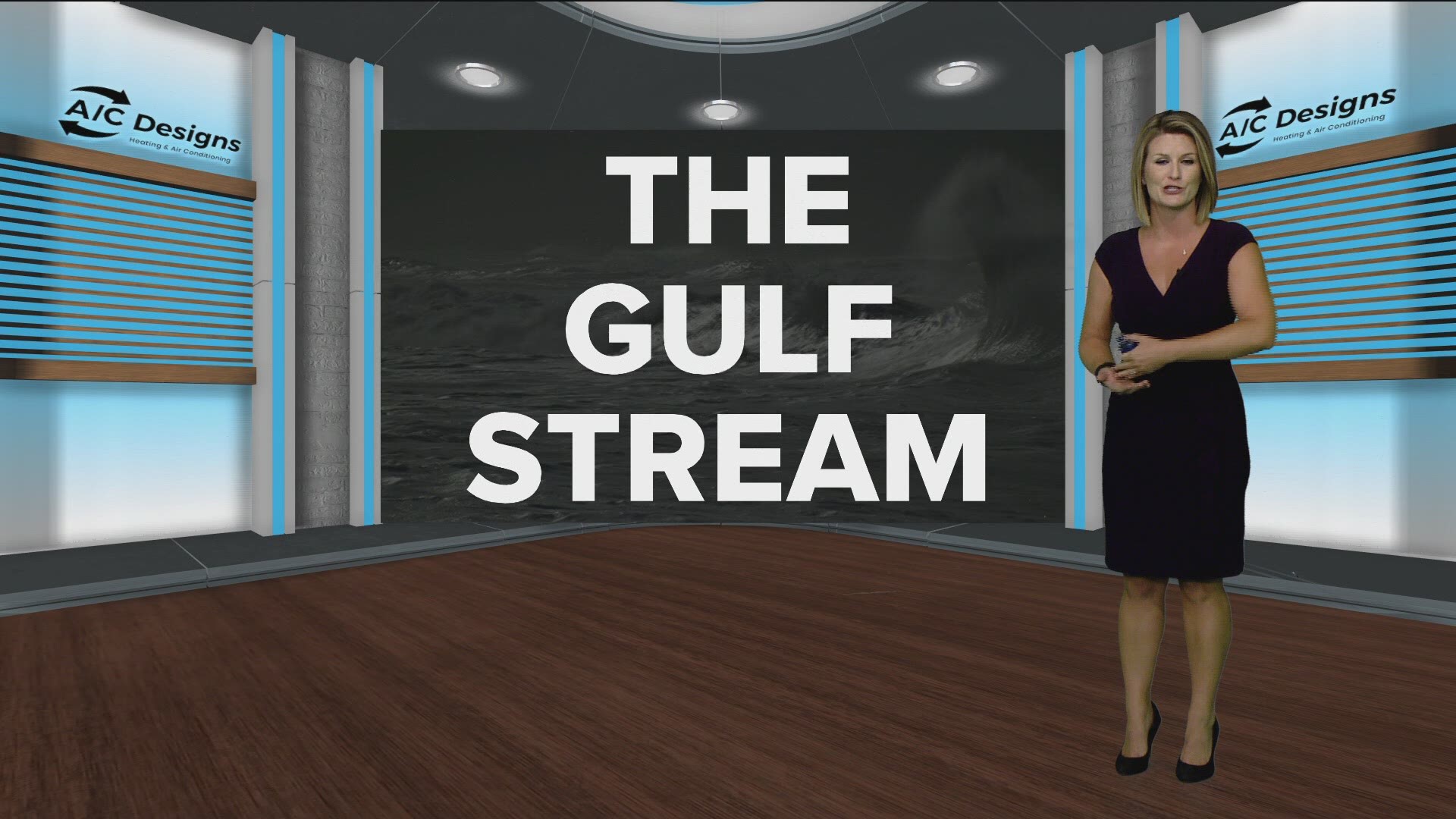 JACKSONVILLE, Fla. — Search efforts are underway for two missing boaters who left Port Canaveral on Friday. The current search area stretches about 60 miles offshore, which has many people wondering if the Gulf Stream is playing a role.

You can think of the Gulf Stream as a mighty, restless beast. It shifts in size, temperature and location every decade, every year, and even every hour.

This strong ocean current brings warm water from the Gulf of Mexico all the way up the eastern coast of the U.S. and Canada.

While we've known about the Gulf Stream since the 18th Century, there are still a lot of unknowns with it just like many other weather phenomenons.

However, we now have great tools to help study it from above. Satellites help us collect information about sea surface temperature in the Atlantic Ocean, defining precisely where the Gulf Stream is at a given time.

On average, this current is believed to move about 4 mph to the north, but if you add in a southerly wind you could be booking up to 10 mph just by floating.

Weather conditions have to be ideal or else it can become very dangerous boating across the Gulf Stream.

Wind affects surface waters and, when coming from the opposite direction of the current or the south, can produce rough seas. Wave heights can quickly increase and can break causing more stress on the hull of a boat. This also slows you down.

Another hazard is the Gulf Stream’s warm waters, which can create its own weather, particularly thunderstorms with lightning, heavy rain and strong winds.

Now, let's say you leave Florida and head due east. When you reach the Gulf Stream, every hour you travel you’ll go eastward whatever your speed is AND north 2 miles to 2.5 miles on average. Some hours you’ll go more north and some less, depending on whether you’re at the edge of the Gulf Stream or right in the center. This is very important for route planning.